The ITV soap has been focusing on the aftermath of Seb’s (played by Harry Visinoni) brutal murder, and his funeral took place just this week. Since his death, Nina (Mollie Gallagher) has felt guilty because the pair had been attacked due to her being a goth, and is now blaming herself after Abi’s comments. But upcoming episodes will see other Coronation Street characters become concerned as Nina seems to head into a darker place, drinking and hurting herself. Scenes suggest that the troubled youngster might turn to self-harm.

Upcoming episodes will see Nina confiding in Asha Alahan (Tanisha Gorey) about how she can’t stop blaming herself for what happened to Seb.

When Billy Mayhew (Daniel Brocklebank) and Roy Cropper (David Neilson) ask Nina to speak to Summer Spellman, who’s been struggling with sleeping and eating since the incident, Nina snaps at her, pointing out the extent of her own loss.

Summer is left feeling awful. Later, Nina calls in the corner shop and whilst Dev Alahan (Jimmi Harkishin) is distracted, steals a bottle of vodka.

The act is out of character enough, but it seems Nina continues on a downward spiral from there. 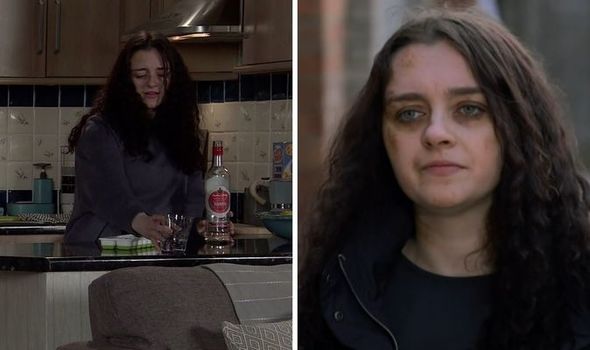 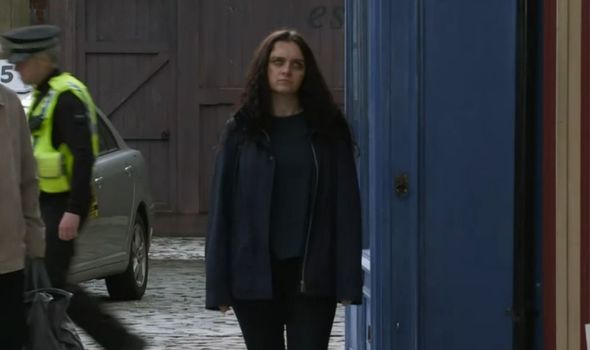 Attempting to put things right with Summer, Nina suggests they all have a drink.

Clearly drunk, Nina cuts herself and refuses help. She heads out, leaving Summer and Asha worried.

In the ginnel, in a bid to blot out her grief, Nina knocks back the bottle.

Viewers are used to seeing Nina as a rational character who is normally on hand to help her friends see things clearly like she tried to do with Asha when she had been dating manipulative Corey Brent (Maximus Evans). 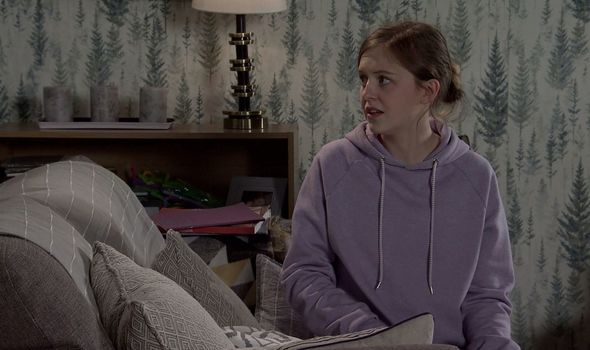 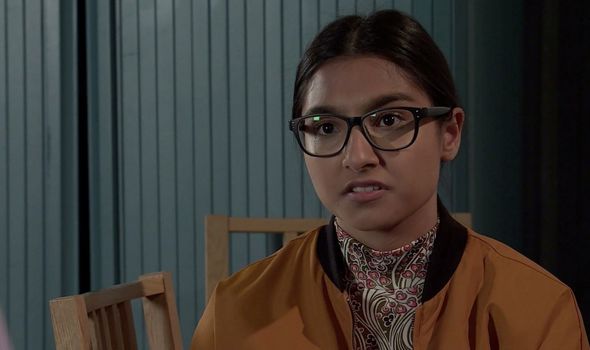 But with her bereavement clearly affecting her more than she has let on, Nina is about to turn to dangerous methods to numb her pain.

Turning to the bottle, could the dismissal of her injury mean she’s about to start self-harming?

Nina probably feels she would be burdening others by seeing help and has reached breaking point.

Plus, she has recently abandoned her gothic style out of guilt. Before Seb died, she told him how her alternative look helps her through the bad times.

Without this outlet, it is likely she will consider taking drastic action to cope with her loss.

The change in her appearance will also have added to the loss of her sense of self, which is likely to affect her mental health on top of the grief she’s experiencing.

To make things worse, Corey seems to be getting away with the murder since Kelly Neelan (Millie Gibson) was arrested.

With so much going on, Nina should certainly be turning to others for support, but she hasn’t expressed how much pain she is in.

Abi is forming a closer relationship with Nina after apologising for how she reacted when Seb died.

Being someone older who understands the pain, could Abi be the one to get through to Nina to seek help?

Will Nina’s friends and family be able to get her through this tragic period?

If you or anyone you know has been affected by Nina’s storyline, please contact mental health charity Mind by clicking here.