Coronation Street viewers saw Alina Pop (played by Ruxandra Porojnicu) return to Weatherfield after being embroiled in a tragic modern slavery storyline last year. In her brief time on the ITV soap, she embarked on a fling with Seb Franklin (Harry Visinoni). When Alina later had to leave the cobbles, he started a relationship with Emma Brooker (Alexandra Mardell) but things took a turn when his ex-lover returned and he became desperate to get her back. With the pair having started to act on their feelings, Alina will tomorrow realise she can longer go through with it but will Emma discover the truth about her friend’s betrayal?

Alina’s arrival ruffled feathers when her former flame Seb was shocked to see her return to the Street.

Viewers saw the pair enjoy a romance last year but when Alina was forced to return home, Seb moved on to bubbly Emma and the pair’s relationship blossomed.

However, with Alina back to stay, it became clear to Emma her boyfriend still had feelings for his previous lover, which led her to dump him.

Despite being upset by the split, Seb decided to set his sights on Alina again in the hope they might be able to start afresh. 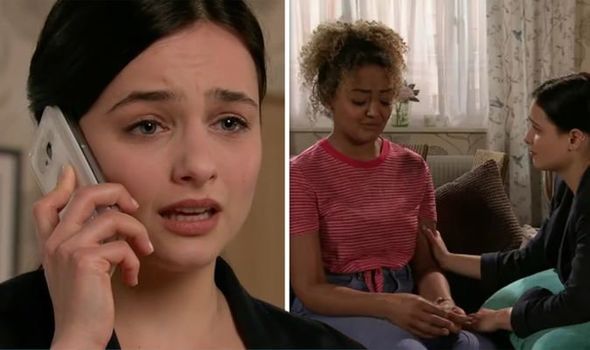 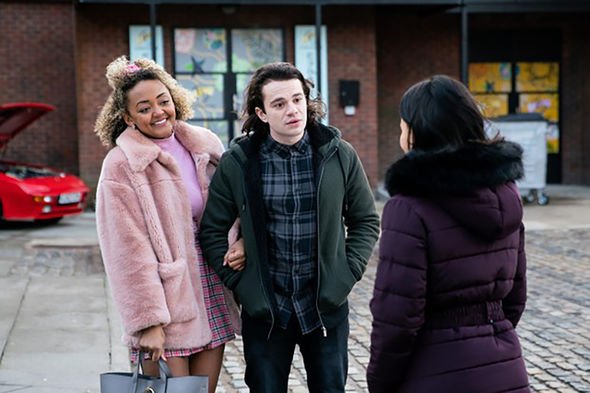 Although she clearly has feelings for Seb too, Alina is wanting to not hurt Emma’s feelings, particular with her family situation worsening.

Earlier this month, it was revealed Oliver (Emmanuel and Jeremiah Cheetham) had incurable mitochondrial disease, causing heartbreak in the Barlow family.

This has impacted Emma as she has formed a close bond with Oliver after discovering Steve McDonald (Simon Gregson) was her real father last year.

Tomorrow night’s episode will see Alina comfort a tearful Emma, who is struggling to deal with her break up as well as half brother’s illness. 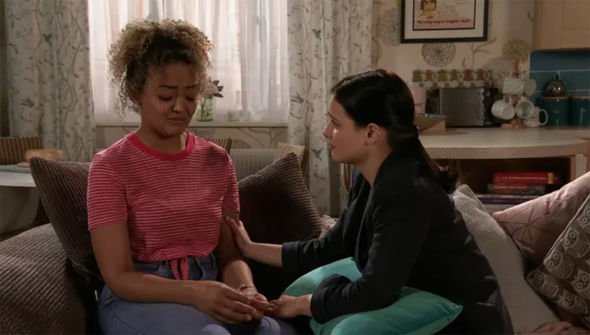 However, will Alina decide to end things with Seb for good after witnessing Emma become increasingly upset with the reality of the situation?

In an official preview clip for the next instalment, Emma is seen telling Alina: “You must think I’m totally selfish,” with her friend reassuring her: “No, of course, you’re upset, for you as well as them.”
Emma explains: “It’s just, Oliver is kind of my little anchor, I got all this new family I didn’t know about and it was weird getting my head around it.

“Especially so soon after losing my dad but with Oliver, I’ve known him longer than I’ve known him. He was only one when I met him.

“Mind you, I didn’t know we were related then but now he’s my little three-nager,” with Alina seeming confused by the affectionate term.

Continuing to cry through the heartbreak, Emma adds: “Leanne must be in pieces, my dad and all, it’s so unfair.”

The heart-to-heart clearly gets to Alina who is also seen tearful when Emma temporarily leaves the room and makes a huge decision about her future with Seb.

Viewers saw Seb ask his ex-girlfriend to go to The Rovers for a drink last week, to which she accepted last minute – despite appearing reluctant over the idea.

She is seen ringing up Seb to cancel their plans and leaves a voice message on his mobile after he fails to pick up.

She tells him: “I’m not coming, it was a stupid idea, we are not treating Emma like that – it was so sneaky.

“However we try to make it look okay, it isn’t. I’m sorry, don’t ask me again,” she says. How will Seb react to Alina’s change of heart?

Could Seb inflict more heartbreak onto Emma by revealing their secret date plans to his ex or finally accept defeat?