Daisy (played by Charlotte Jordan) has caused nothing but mischief since she first stepped onto the cobbles of Coronation Street late last year. As well as trying to break up Jenny Connor’s (Sally Ann Matthews) marriage, she has also used her step-mother’s affair with Ronnie Bailey (Vinta Morgan) to her advantage by blackmailing the latter. In Wednesday night’s episodes of the ITV soap, she was caught out by the Rovers Return landlady who instructed her step-daughter to leave. However, when she disclosed the truth about her past, Jenny took pity on the youngster – but is she wrong to let her emotions blind her instincts Daisy could be dangerous?

After Jenny witnessed her step-daughter blackmailing Ronnie, she didn’t waste any time in packing Daisy’s bags as she wanted to be rid of the youngster.

Walking into the back room of the pub, the troublemaker said to her stepmother: “Can we talk? I know you’re angry but…what are my bags doing down here?”

As the landlady confirmed she wanted her step-daughter gone, she added: “I trusted you and I warned you not to say anything that happened between me and Ronnie.

“You tried to blackmail him to line your own pockets,” she continued as Daisy tried to justify herself by turning on the waterworks.

“I never meant it like that and I’m sorry, I really am but you can’t throw me out. I haven’t got anywhere to go,” the mischievous character declared. 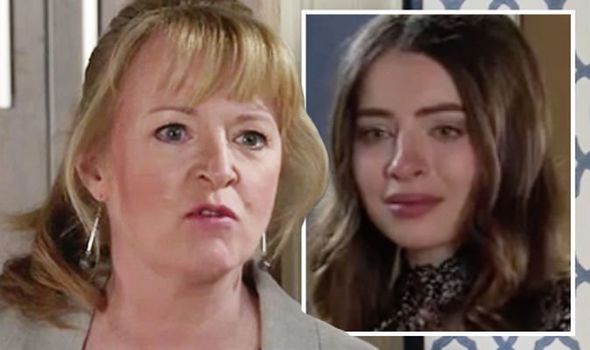 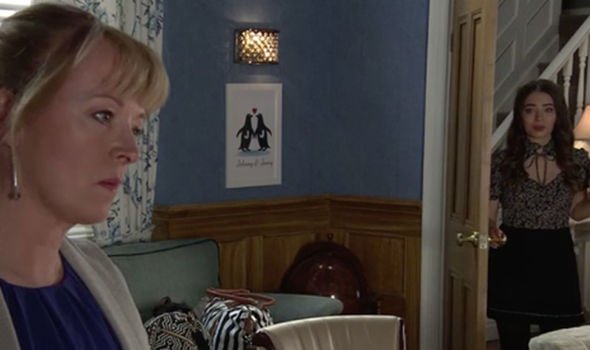 “That’s not my problem so you better ring your dad, see if he’ll put you up for a while,” Jenny said as she picked up her phone.

However, Daisy made an ominous statement as she explained: “There’s no point calling him, he won’t speak to me. We haven’t spoken in years, you’re the only family I’ve got.”

The two women sat down to talk and this is where viewers learnt the death of Jenny’s son Tom had caused wider fractions within the family.

”I don’t understand. You were his little princess,” the pub landlady said before Daisy revealed what it was like once Jenny had left the family home.

“After Tom died, you know what it was like. This kind of barrier came down and his way of dealing with it was to shut me out,” she said. 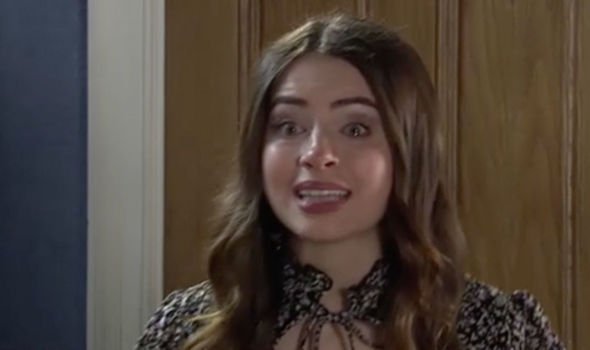 We haven’t spoken in years

“Grief does funny things to people, me included,” Jenny remarked but Daisy explained her pain went a lot deeper.

“It’s like [father] resented me for being alive and then you left and it just got worse. Time’s not always a healer.

“For him, it just made things fester. We were like strangers and all I wanted was a hug or a smile. It was like being emotionally starved.

“You were long gone but I never blamed you. You were right to leave and I wish I could have left,” she continued as she acquired Jenny’s sympathy.

“Then one day, he smiled – the first time in a year and I thought, ‘This is it, he’s back’. But it was the girlfriend who put a smile on his face.” 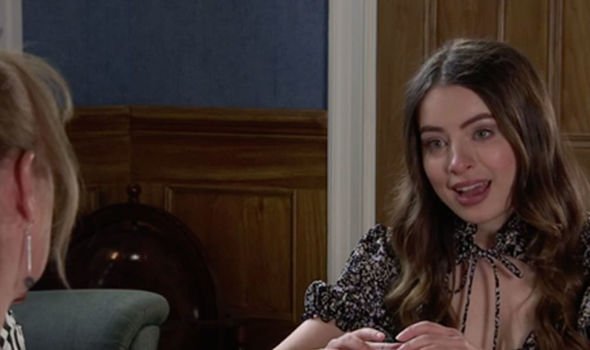 “Marvellous Marina,” Daisy said as her expressions turned from sadness to anger before talking more about Marina’s introduction into the family.

“She was civil at first and then she got pregnant and I went down the pecking order again. She had their little boy and they got married.

“And then they just barely spoke to me. I think I reminded him of things he’d rather forget,” Daisy continued.

“I used to dream about coming to live with you one day and now I’ve messed that up good and proper. I’ll go,” she told Jenny.

When the youngster got up to get her bags, the pub landlady decided she didn’t want the troublemaker to leave after all.

“I’m surprised you’re not totally screwed up for what you’ve been through,” she said with Daisy stating her recent actions had been “pretty crazy”.

“I’m not saying I won’t keep you on a tight leash but I don’t want you to move out,” Jenny added as the tears streamed down the youngster’s face.

“You’ve been through enough and I feel bad I’ve only just found out about you and your dad. I should’ve supported you more.

“I will from now on,” Jenny continued as she said there were things from her past she wasn’t proud of either.

Apologising, the troublemaker remarked: “I mean it. I promise you I will never do anything to hurt you ever again. You’re like a mother to me.”

With Jenny where she wants her, Daisy has made herself vulnerable and someone who will need lots of care and attention from her stepmother.

However, what the landlady might not realise is the troublemaker’s father actually kicked her out because she tried to kill Marina.

Not wanting the pub owner to discover the truth, this is why the youngster could have told Jenny not to ring her father.

But, having shown a strong dislike to Johnny Connor (Richard Hawley), will Daisy’s killer instincts cut in again?