The viewer was quick to point out the Corrie blunder from last night's episode. 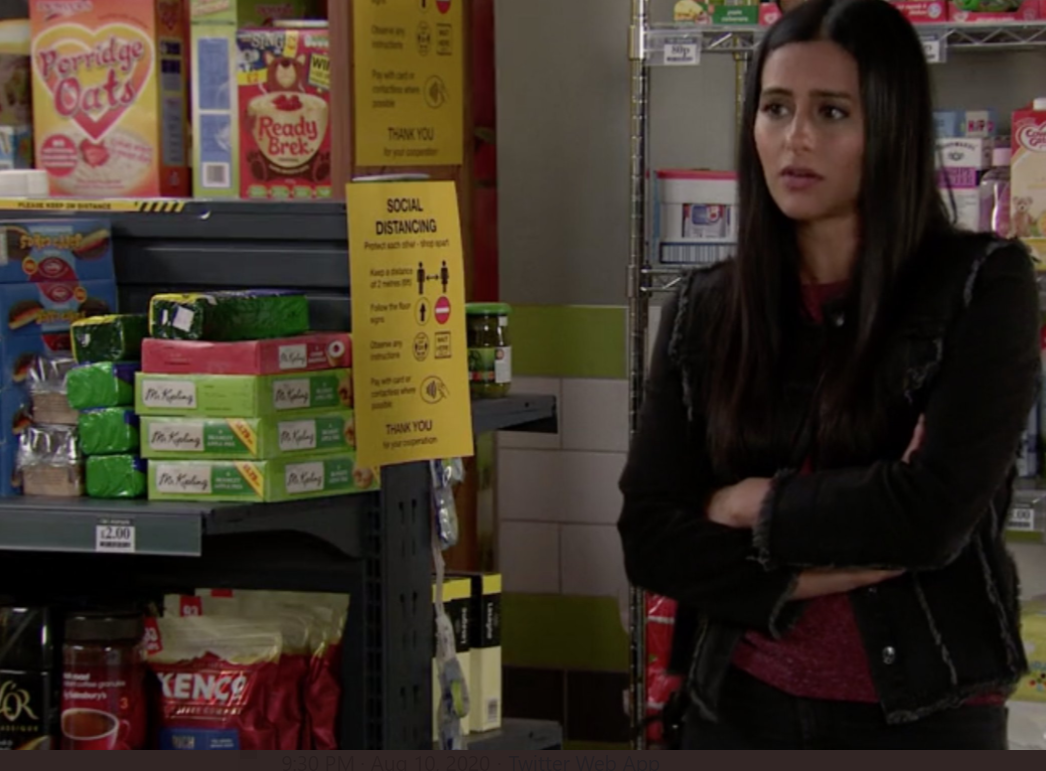 During a scene in the shop, in the background Sainbury's Rich Roast Instant Coffee Granules can be seen stacked on the shelf.

In real life only the famous supermarket stocks their own brand coffee.

Corrie fan Jeff Smith was quick to point out the blunder and tweeted: "Just reported Dev Alahan to Trading Standards for reselling Sainsbury's coffee in his #corrie Coronation Street shop."

Other fans were quick to comment on his observation, with one saying: "They must have a Sainsbury’s near the studios I’ve noticed the mugs they use have Sainsbury’s written on the bottom as well" 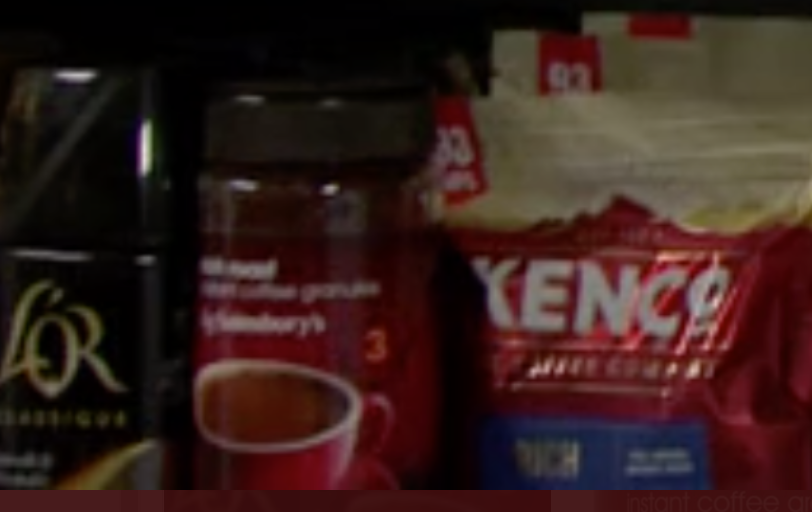 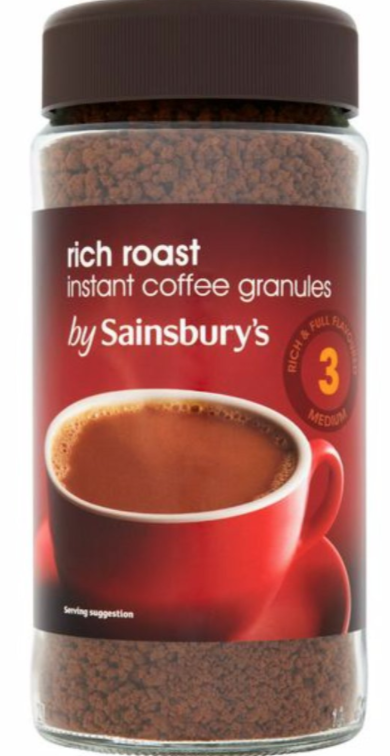 This isn't the first time poor Dev has faced a blunder in his shop.

Last year viewers were in stitches when they noticed all the milk bottles in his shop were EMPTY.

Fans have also noticed branded coffee on Coronation Street before. 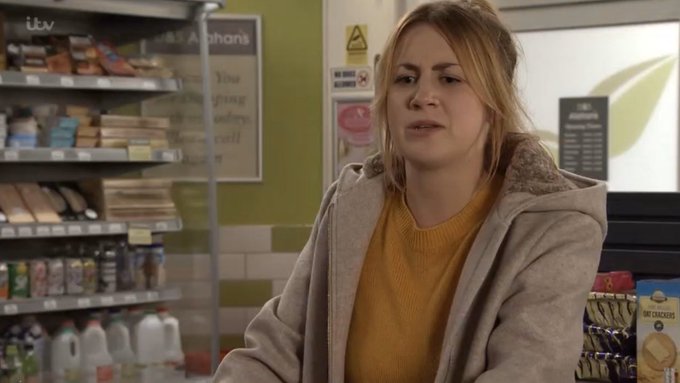 Viewers went into meltdown when Maria was spotted with a Costa Coffee cup.

In an episode aired in January 2018 Maria and Nicola both showed off their branded cardboard cups as they sat down to have a natter in Audrey’s salon.

Viewers then became obsessed with the coffee chain’s involvement in the soap. 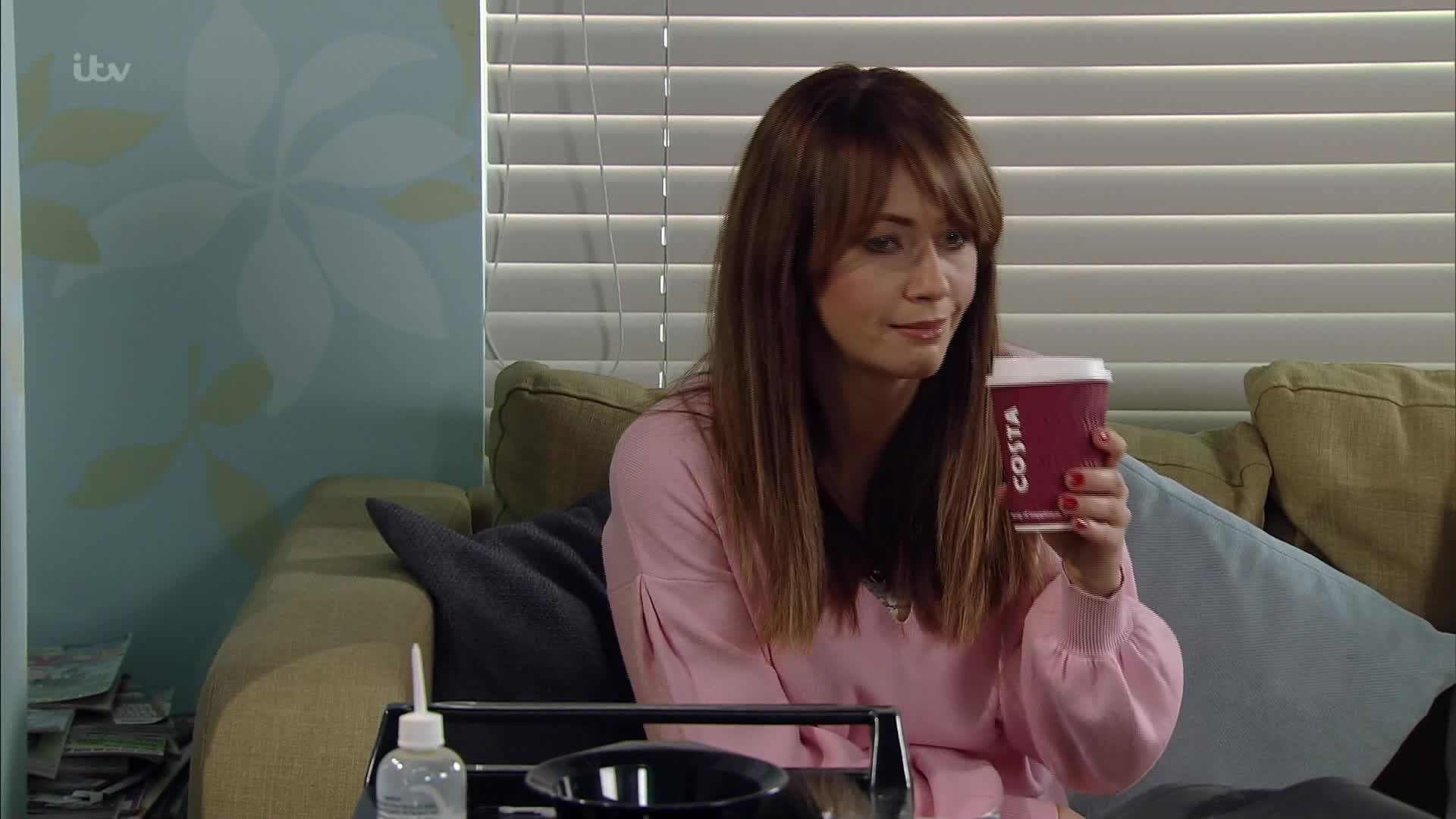 But they didn't have to wait long to find out.

As Corrie was quick to reveal that the cobbles had a Costa Coffee and a Co-Op as part of a new sponsorship deal.

Since then Costa Coffee is often seen in the background, although known of the show's characters has ever been seen going in.