“The thing is though that quality goes for everyone at this table on any given day, we’re really a whole family of black sheep,” says the Tom Selleck portrayed NYPD Commissioner Frank Reagan at the family dinner closing tonight’s Blue Bloods Season 11 finale.

Coming off a two-hour season ender that saw the surprise return and near exit of prodigal grandson Joe Hill (Will Hochman), plus the Reagan clan reopening old wounds over the loss of Joe’s father in action all those years ago, the CBS cop drama took on greater and deeper scope that usual this time round.

And, after a 16-episode season finding its footing through Covid and subsequent safety protocols, there was a reason for that for the Selleck, Bridget Moynahan, Will Estes, Vanessa Ray, Donnie Wahlberg, Maria Ramirez, Andrew Terraciano and Len Cariou starring series.

“We were told pretty early on, I think before Thanksgiving that our season finale would be the last two episodes and would air back to back which I immediately took as they’re planning to wrap up the series,” Blue Bloods showrunner Kevin Wade says of the high stakes and high emotions ‘The End’ and ‘Justifies The Means’ that aired tonight. “Yeah, so I started to think about how do we do something that could serve as a season finale but also if need be as a series finale,” ‘Justifies The Means’ co-writer Wade states

With Wahlberg’s Detective Danny Reagan discovering his long absent and fellow cop nephew undercover for the ATF on a gun operation, the entire family and Ramirez’s Detective Maria Baez goes full-on to protect Joe before he is blown, literally or figuratively. All’s well that ends well for the Reagans, but not without a cost, and some new perspective on the job and the family.

Getting ready to gear up for the Season 12 that CBS gave Blue Bloods last month, EP Wade spoke with Deadline about the series finale that nearly was. The season EP also discussed whether Hochman’s Hill will be a permanent fixture at that family dinner table and what’s in store for next year.

DEADLINE: So, is Joe Hill going to become a permanent fixture on Blue Bloods at the Reagan dinner table?

WADE: You know, I have no idea. This has all been done by calling audibles because since we introduced him. You know, we were supposed to run that out last season and then we only aired 19 because we shut down, obviously because of Covid. So we regrouped, brought him back in the beginning of this season. It was funny to start a season with this new character and then to sort of let it go away, so I thought pretty quickly well, we’ve got to bring him back at the end of the season and then I don’t know where we go from here (LAUGHS). 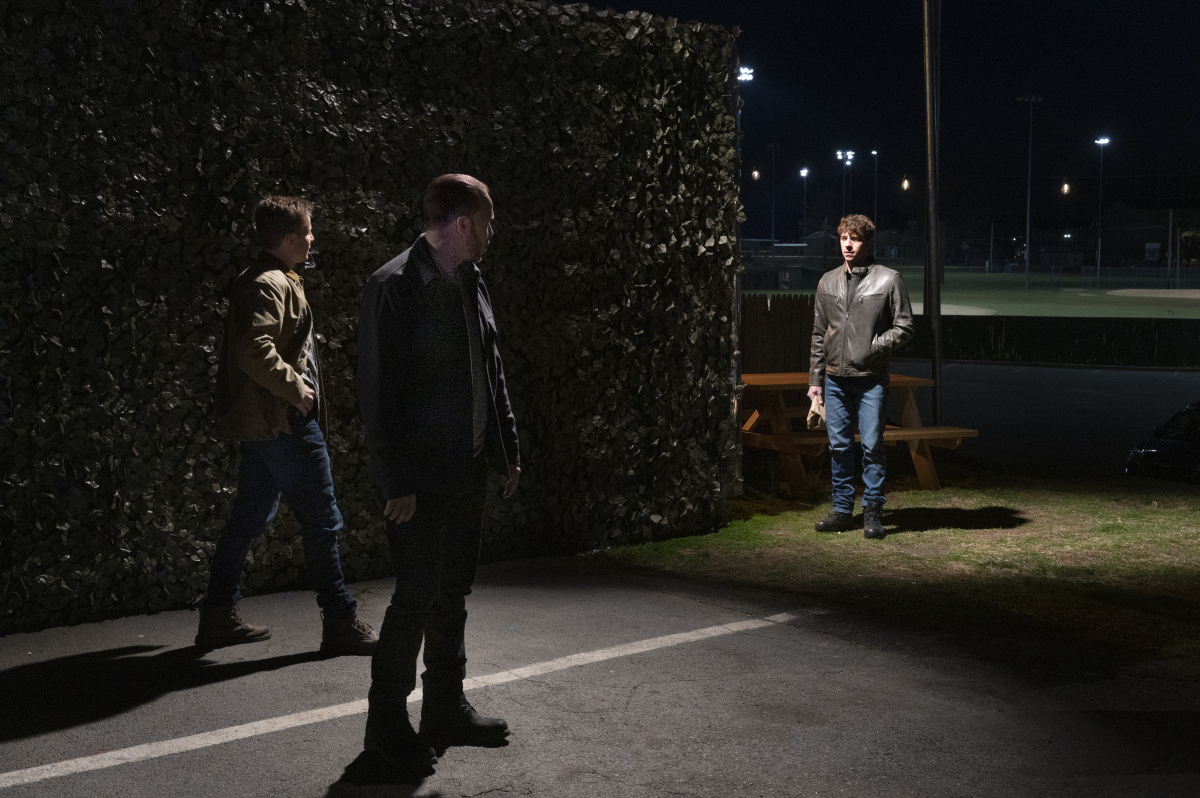 WADE: I mean, it’s two things. It’s obviously the storytelling decisions but it’s also actor availability, candidly. I mean, Will’s a very good young actor in demand and you know, there’s a lot of moving parts. But, we’d love to have him back, so that’s the plan. We’re going to start talking shortly and see if there’s a way that we can weave him in and out of our stories.

DEADLINE: You have mentioned to me in the past that the size of your primary cast makes it hard or rather, harder, to introduce a new full-time character to the show at this point. Yet, cautionary tale notwithstanding over this season and especially in this two-hour season finale, it seems the seeds you guys planted here have grown pretty strong …

WADE: Yes, and thank you for the compliment.

We had an opportunity for something to drive all the Reagans, all hands-on deck over two episodes and that you know, Joe Hill not only served that purpose dramatically but even more so because, as I said, Will’s a terrific actor who has great chemistry with all of our regular cast members so it’s been a gift.

DEADLINE: Looking over Season 11, with all its demands, coronavirus and more, now the season finale has aired, how was it?

WADE: You know, it was challenging and out of challenges which is an over-used word but you know, necessity is the mother of invention. We had to go and find ways to make up compelling stories but that we’re bound to our sets pretty much. 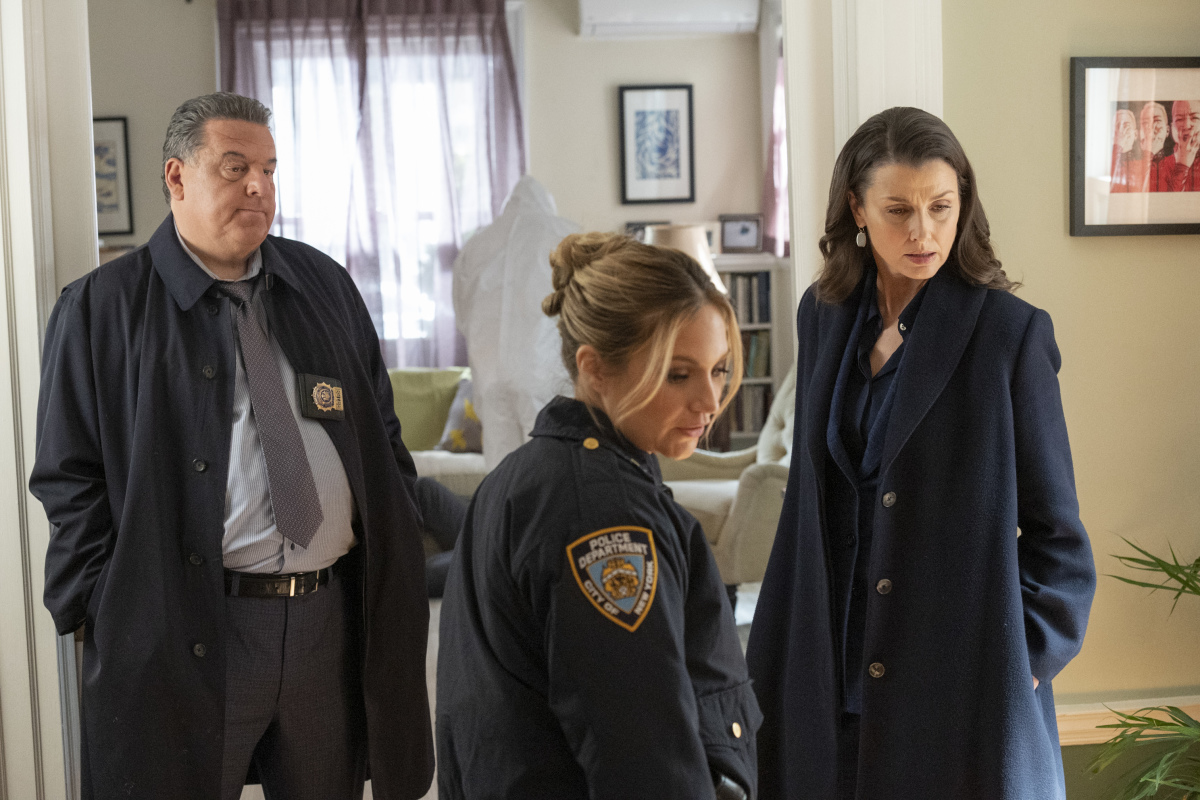 DEADLINE: How did that change things?

WADE: It really turned into writing for our cast and to their relationships and perhaps unpeeling or growing relationships at a faster or stronger rate than we normally would have where our steady diet of shoot outs and set pieces and grand locations and all that stuff. So, in the balance as I look back on it I would say everybody pitched in and did very good work and I think we came out okay.

DEADLINE: In that context, if this Joe Hill undercover story was one you had planned to do last year, why make it, which certainly had a steady diet of shoot outs and locations, the big ender this season?

One is we were told pretty early on, I think before Thanksgiving that our season finale would be the last two episodes and would air back to back which I immediately took as they’re planning to wrap up the series …

WADE: Yeah, so I started to think about how do we do something that could serve as a season finale but also if need be as a series finale.

We went back to the end of the first season where all the Reagans became involved in finding out and catching and bringing to justice the bad cops who killed Joe Reagan who is of course, Joe Hill’s father. And it was kind of a callback to that, just in case it was a series finale it would have a circle to it. 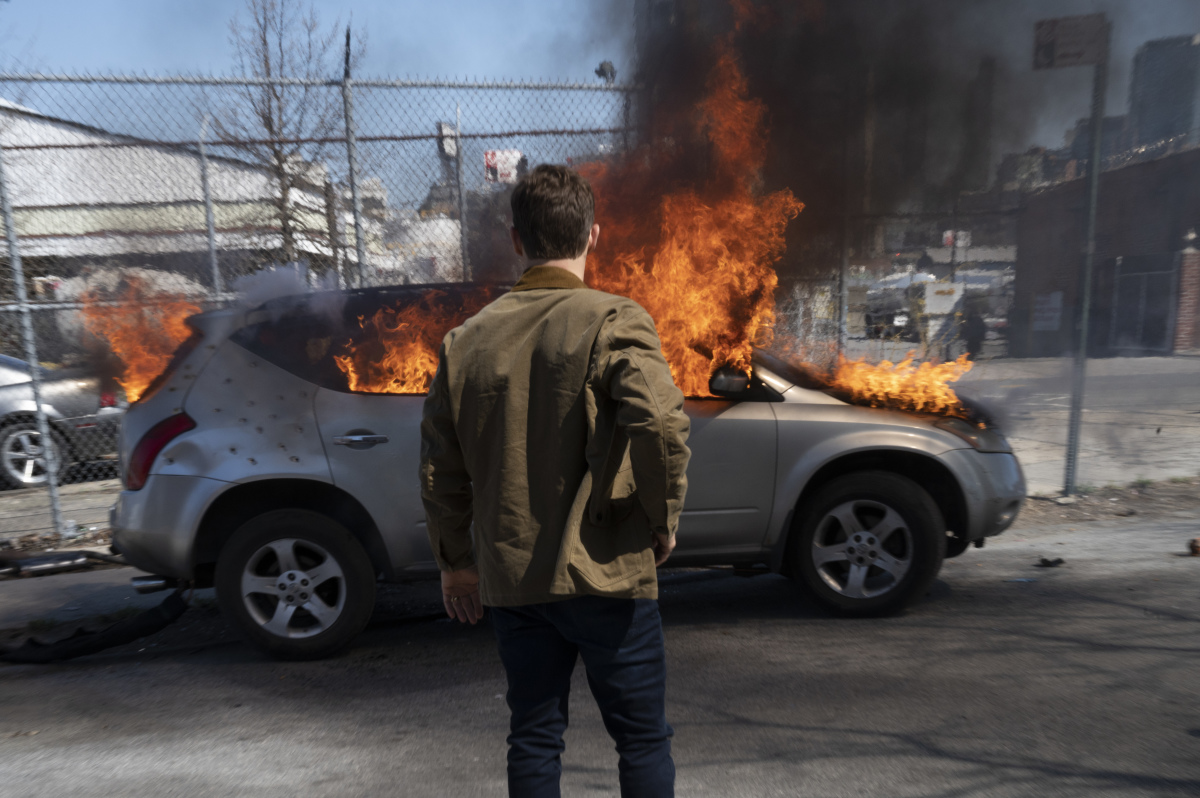 WADE: Thanks man. So it was that, and then we went into this. We wrote it and we filmed most of it. In fact, I think we filmed all of it before we knew if we were coming back or not.

DEADLINE: And poor you, after such a big end, you are back for more next year with your Season 12 renewal last month …

DEADLINE: So, in that vein, are there stories and scripts that you have in the drawer for this upcoming season, or is this all starting from scratch?

WADE: We always make it up from scratch in terms of we don’t have a writer’s room where we all gather for days and weeks on end and put stuff on white boards and eat lunches and you know, we don’t do it that way.

DEADLINE: How do you do it then?

WADE: We talk before the writing starts but we are not a serialized show, we’re a closed-in procedural as they say at the CBS headquarters. Which means that any given season is just 18 or 22 stories that have a beginning, middle, and end in each one.

So, it really becomes the same thing, a couple of things.

Doing research, finding cop stories or prosecutor stories or family stories that we haven’t told. You know, most stories have been told. Occasionally when we’re lucky we’ll do research and we’ll end up in a story that then breaks at the same time as the episode airs which has happened a number of times, and we really just going at it the way we always do. We’ve got a fantastic cast of actors who’ve been playing these parts and growing in them for 11 years, going on 12 now, and we just really write to that.

DEADLINE: With the Sword of Damocles that seemed to hang over this just completed season, does it make you think about how long Blue Bloods could actually go on?

DEADLINE: But Kevin, you are certainly part of the equation.

WADE: In the best sense that the people who work on the show both in front of the camera and behind it always seem to want to come back so there was a point when we were outside on Long Island filming the season finale and it was exactly like a high school class trip and I thought you know, this is just a high school that we never graduate from. We see each other, we say goodbye in the spring, have a nice summer, we’ll see you, you know?

So I think as long as there’s an audience and as long as the shows are good and the writing is descent and the actors who play the characters still have something to play, then the rest of it’s obviously up to ViacomCBS. I could walk away, the show could still certainly be just fine but I think it’s probably not going to be a decision that comes from our side of the equation.

DEADLINE: Well, at this point you have quite a few third Commissioner Reagans to draw from now, too – they’d have to battle it out for who gets the top slot if Frank retires…

DEADLINE: Looking forward again, we may see a lot more of Joe Hill in Season 12, any more additions to the clan or show?

WADE: Well, we’re going to see what we have in terms of Dylan Walsh coming back as our mayor and his availability because Dylan and Tom are terrific together. For us, really part of the heart of telling stories about urban politics versus policing is having the two guys you know, the goliaths going at each other and I love doing those. I love the DA that we have and I’m hoping she is coming back.

These are all things that are in process, but I think we’ll just go back to doing our homework, doing our research, and trying to come up with fresh stories for these characters and of course, for our audience. 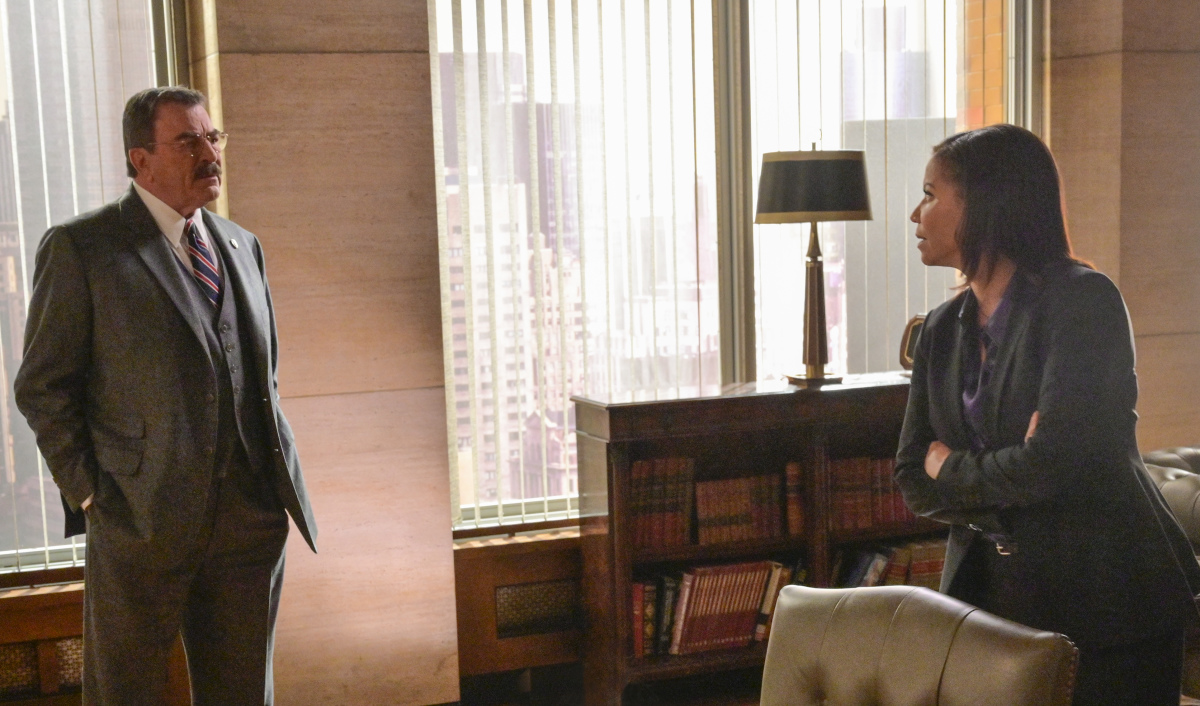 DEADLINE: Are we going to see more of a mini Jessie Stone reunion with Gloria Reuben, who played ATF Special Agent Rachel Weber in the finale? More Whoopi Goldberg, who portrayed a NY City Council member in the season opener, returning?

WADE: Quite possibly. Quite possibly. No plans right now because we haven’t starting writing them yet, but both wonderful characters who we love. We also love both actresses, both play terrific with Tom and his little dream team.