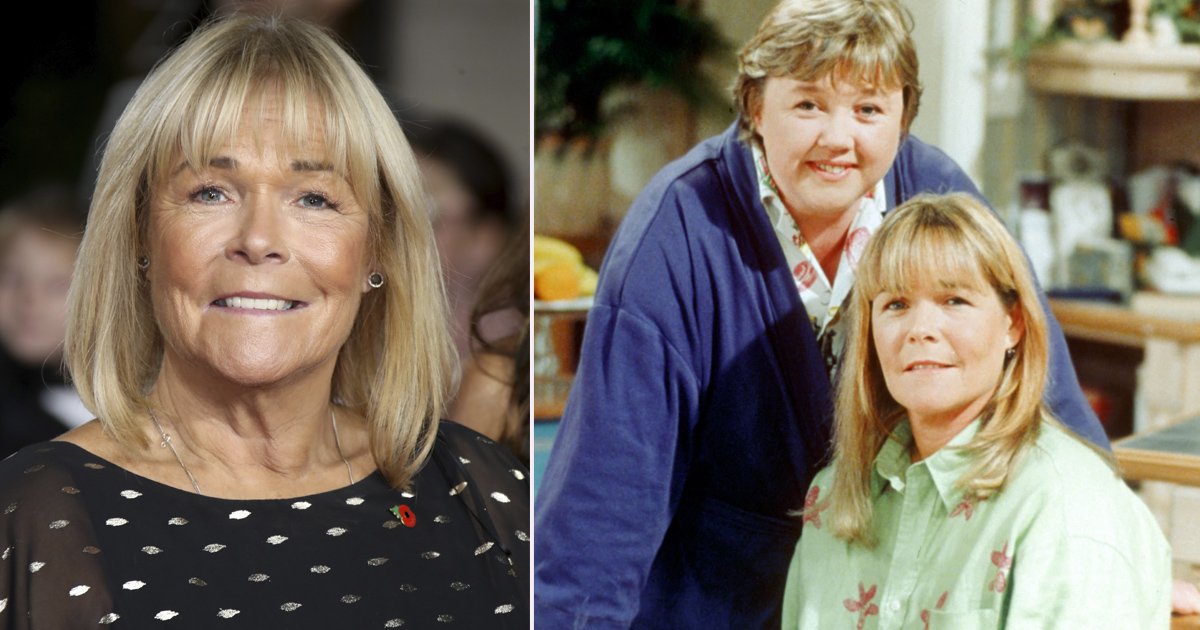 Birds of A Feather star Linda Robson has denied reports that she and former co-star Pauline Quirke have had a falling out.

The rumour mill started churning after Pauline declined to reprise her role as Sharon Theodopolopodous in the sitcom’s Christmas special last year.

The previously inseparable pair played bickering sisters Sharon and Tracey on the ITV sitcom since the show first launched in 1989, with Lesley Joseph their man-loving friend, Dorien.

Running for eight years, the show was later rebooted in 2014, and now makes periodic specials updating fans on their lives.

It was believed that over the years the pair developed ‘real and tense issues’ which resulted in Pauline refusing to take part in the 2019 anniversary show, as well as the 2020 Christmas special.

Linda has denied any of this being the case, instead saying Pauline wanted to dedicate her time to other projects.

‘Take no notice of what you’ve heard about me and Pauline falling out. It’s a load of old codswallop,’ Linda told The Sun.

‘Pauline just chose not to do Birds Of A Feather. She wants to concentrate on her acting academy, that’s that.

‘We’ve known each other since we were ten. We’re friends. Will Pauline return to the show? I don’t know.’

She added that the Christmas special went down really well with fans and ITV producers who were ‘really really pleased’.

A source previously told Mail on Sunday that Pauline had become ‘jealous’ of Lesley’s success as Dorien – a larger than life character whose fast mouth and never-ending stream of conquests became iconically connected to the show.

‘I think Pauline resented the attention that Lesley got and it was very tense and difficult to navigate at times,’ they said.

Related posts:
Dwayne 'The Rock' Johnson reveals that people thought he was a 'girl' when he was young due to his 'soft features'
Rare lobster saved from being dinner at Red Lobster: 'One in every 30 million'
Popular News
Line Of Duty’s Jed Mercurio reveals clue to H’s true identity hiding in season one
06/05/2021
Man Utd wonderkid Ramon Calliste, called ‘the next Giggs’, now owns luxury watch business and makes £5m a year – The Sun
26/03/2020
Megan Thee Stallion Addresses Criticism Over Twerking: ‘I Love to Shake My A**’
26/03/2020
Police guard shops to stop coronavirus panic-buyers and enforce social distancing – The Sun
26/03/2020
Coronavirus: Good Morning Britain’s Dr Hilary reveals ‘game-changing’ self-testing kit
26/03/2020
Recent Posts