We’ve seen plenty of couples get together thanks to shows like The Bachelor, The Bachelorette, and Bachelor in Paradise. But few seem as compatible as Dean Unglert and Caelynn Miller-Keyes. The two met on the beaches of Mexico and hit it off as soon as they met, though trouble began early on when Unglert left the show and Miller-Keyes behind. Thankfully, he came back after realizing he was missing out on true love. And now, the two are still together nearly a year later.

Miller-Keyes and Unglert both have their own brands they promote and side hustles to help them make a living. But Unglert just revealed on his podcast that Miller-Keyes actually makes more money than him. Here’s what he said.

Smooth leg days brought to you by @olay. #ad I’m in love with their new Skincare-Inspired Body Wash with Vitamin B3 Complex and Hyaluronic Acid and rinse off body conditioner with Shea Butter that helps my skin feel smooth and silky! Try it out now at Target! #olaypartner #AvailableatTarget

Bachelor viewers have all heard contestants accusing each other of not being on the show for the “right reasons.” And it seems it’s more common than ever for reality TV personalities to get on the show for exposure so they can continue a life of Instagram influencing. As for Unglert and Miller-Keyes, they’ve been on a few Bachelor shows. Thanks to their popularity, they’ve attained quite a following and likely make quite a lot of money.

Reality stars-turned-influencers produce quite a few Instagram posts per month, and with each post, they can earn between $5,000 and $15,000 on average. Even influencers who have fewer followers can still earn nearly $500,000 just through social media. And those with a lot of followers and engagement on their pages can earn well over $1 million.

Dean Unglert probably doesn’t have that many expenses

There are certainly plenty of Bachelor stars who indulge in lavish lifestyles. But Unglert isn’t one of them. He’s made it known that he loves to travel on a budget and cut costs whenever possible. Not only that, but he lives out of a van, which certainly isn’t as expensive as Miller-Keyes’ California apartment.

“It’ll take some time for me to recoup my entire investment, but emotionally, moving into my van has already given me a return on my investment 10 times over,” Unglert wrote, according to Business Insider. “More than just a steel cage with four wheels and a bed to sleep in, my van represents something I was always searching for: freedom.”

Fans still question Unglert on his Instagram regarding how he makes a living. While he gives them answers, he usually jokes about his financial status. When one follower asked him if he had a job, he snarkily answered, “I won the lottery.”

He says he makes less money than Caelynn Miller-Keyes 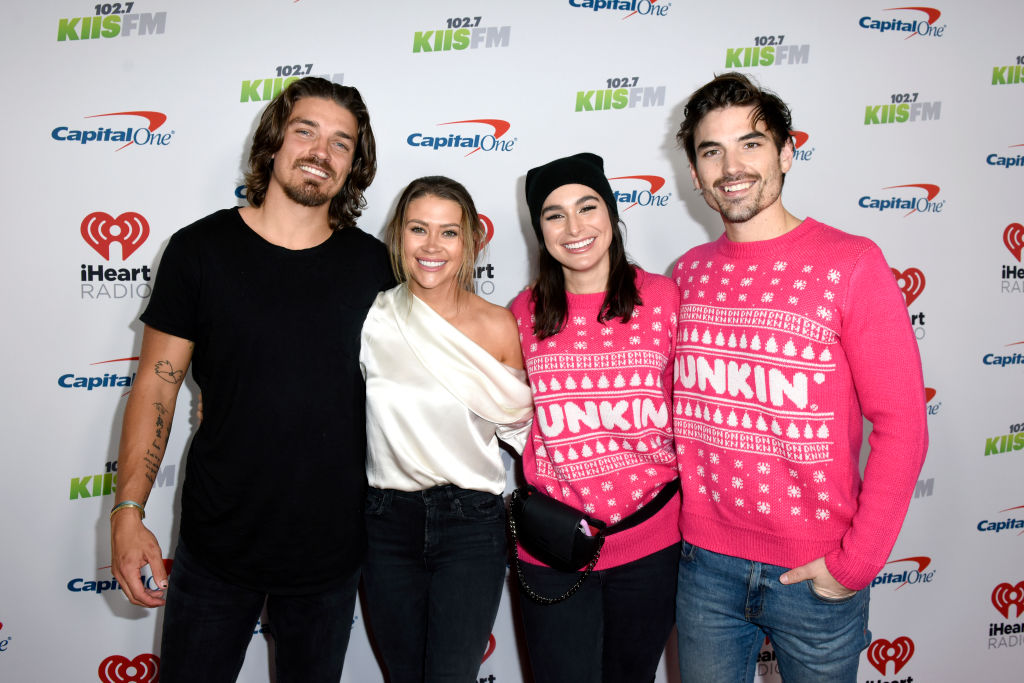 Unglert certainly isn’t hurting for money thanks to his reality TV fame. And it seems Miller-Keyes isn’t either. Not only does she have multiple brand partnerships, but she also has a clothing collection with boohoo. And while talking about prenups on his podcast, Help! I Suck at Dating …, Unglert revealed Miller-Keyes makes more money than he does.

While Unglert and Miller-Keyes keep their finances separate, they do have a joint bank account they add to for travel. Unglert noted that when they promote a product as a couple, that’s where those funds go, too.

We’re glad Unglert and Miller-Keyes seem to have their finances worked out, as that can certainly put strain on a young couple!

Related posts:
George Floyd’s Brother Said Trump ‘Didn’t Give Me an Opportunity to Even Speak’ During ‘Fast’ Phone Call
Woman shows how to remove wax melts from burner with a ribbon
Popular News
Vitamin B12 deficiency symptoms: The unsettling sign on your skin to watch out for
13/07/2020
Man Utd wonderkid Ramon Calliste, called ‘the next Giggs’, now owns luxury watch business and makes £5m a year – The Sun
26/03/2020
Megan Thee Stallion Addresses Criticism Over Twerking: ‘I Love to Shake My A**’
26/03/2020
Police guard shops to stop coronavirus panic-buyers and enforce social distancing – The Sun
26/03/2020
Coronavirus: Good Morning Britain’s Dr Hilary reveals ‘game-changing’ self-testing kit
26/03/2020
Recent Posts
This website uses cookies to improve your user experience and to provide you with advertisements that are relevant to your interests. By continuing to browse the site you are agreeing to our use of cookies.Ok