Sheldon Cooper (played by Jim Parsons) and Amy Farrah Fowler’s (Mayim Bialik) romance kept CBS viewers laughing, crying and aww’ing throughout much of The Big Bang Theory’s 12-season run. And with Sheldon proving to be one of the show’s best-loved characters, it was almost inevitable the US network would want to keep the character alive once Big Bang had ended. Enter Young Sheldon (Iain Armitage), but it seems there’s been some difficulty keeping the two stories aligned.

And now one eagle-eyed fan has picked up on a major inconsistency from Young Sheldon which contradicts a key moment in Big Bang.

The moment in question comes in the 10th episode of season three of Young Sheldon.

Redditor MuzaffarAbd took to the forum site to point out that, in the prequel, Sheldon shows off a safety whistle he kept in his backpack.

However, Big Bang fans know all too well that Sheldon’s safety whistle is a supposed gift from other half Amy later in the series. 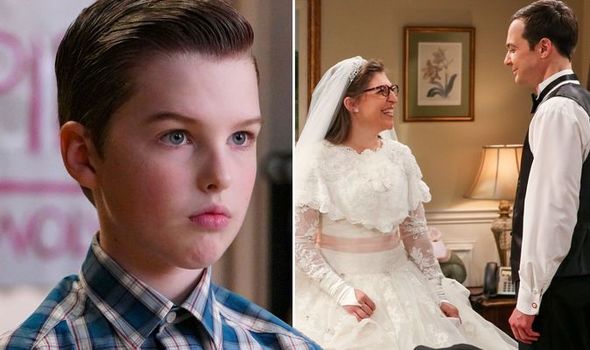 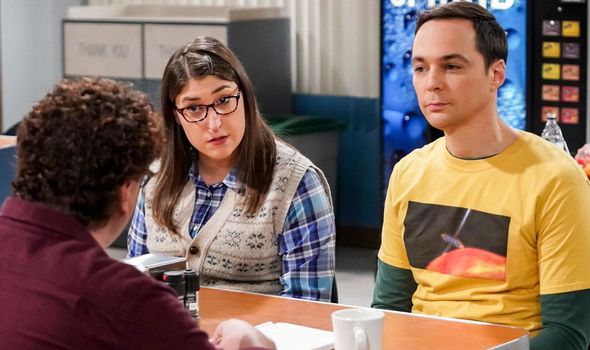 The user explains: “I would like to say that I know this is a very small detail and I dont want to diminish the excellent writing skills that made these two great TV shows. I just like finding these small inconsistencies. Enjoy…..

“In TBBT, a scene has Sheldon showing the group his backpack with various things for safety in the bathroom including, a handheld mirror ‘to avoid pervs’, a multilingual poster that says ‘occupied’ and a whistle which apparently Amy gave to him.

“This contradicts the Young Sheldon episode where Paige, Missy and Sheldon go to the mall,

“He shows them his backpack, he says it includes: ‘Earplugs to drown out the crowd noise, wetnaps to wipe down escalator hand rails, a compass, a map of the mall and a whistle incase [I] get lost or get approached by a woman holding a perfume bottle.'” 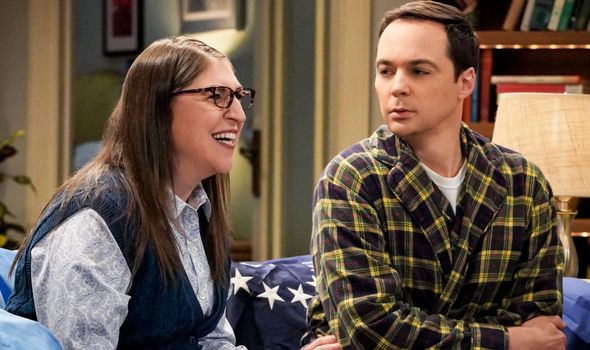 Some fans did argue, however, that there is the possibility they’re two different whistles.

But considering Sheldon’s organisation and disdain for new things, plus the similarities of the two whistles, this looks unlikely.

And this isn’t the first time fans of both shows have picked up on inconsistencies and plot holes between the two series.

Not only is Sheldon’s father in Young Sheldon and the bully of Leonard Hofstadter (Johnny Galecki) played by the same person, Lance Barber, but the storyline with his sister Missy also has some questionable moments.

When Missy (Courtney Kenggeler) is first introduced to Big Bang Theory viewers, she catches the eye of Sheldon’s pals.

With Leonard, Raj (Kunal Nayyar) and Howard (Simon Helberg) taking a much keener interest to her, they begin to discuss her childhood with Sheldon.

Missy revealed to the group that Sheldon had once built a robot to keep her out of his bedroom when they kids.

Rewind to their childhood in Young Sheldon and this doesn’t appear to be the case.

In fact, young Missy (Raegan Revord) and Sheldon even share a bedroom.

However, it is worth noting that Parsons, who serves as executive producer on Young Sheldon, has noted previously the two shows aren’t canon.

But with references to Sheldon’s childhood in Big Bang, fans would expect some of the details to align.

The Big Bang Theory is available to stream on Netflix UK now.

Related posts:
'Misleading' antibody test adverts are BANNED by UK's watchdog
Why are jail phone calls so expensive?
Popular News
Why Did Miley Cyrus Announce 'Plastic Hearts' the Same Night Ariana Grande Dropped 'Positions'?
24/10/2020
Man Utd wonderkid Ramon Calliste, called ‘the next Giggs’, now owns luxury watch business and makes £5m a year – The Sun
26/03/2020
Megan Thee Stallion Addresses Criticism Over Twerking: ‘I Love to Shake My A**’
26/03/2020
Police guard shops to stop coronavirus panic-buyers and enforce social distancing – The Sun
26/03/2020
Coronavirus: Good Morning Britain’s Dr Hilary reveals ‘game-changing’ self-testing kit
26/03/2020
Recent Posts
This website uses cookies to improve your user experience and to provide you with advertisements that are relevant to your interests. By continuing to browse the site you are agreeing to our use of cookies.Ok