Ben Shephard hits out at indecisive Tipping Point contestant ‘That’s not the answer!’

Ben Shephard welcomed Howard, Robyn, Paul and Fran onto Tipping Point as the contestants battled it out for a chance of winning the maximum jackpot of £20,000. However, ITV presenter Ben wasted no time in moving the quiz show along when Howard stumbled on a question in the final.

Howard kicked off the show by answering correctly and passing his turn with the machine onto Paul.

The contestant’s decision paid off and he secured his spot in the next round with the second-highest jackpot while Paul trailed behind.

Robyn, who had the highest jackpot, chose to play the machine first but Howard decided to pass his spot onto Paul.

“You’re stitching me up again?” Paul hit out and Robyn joked: “I told you he’s sneaky!” 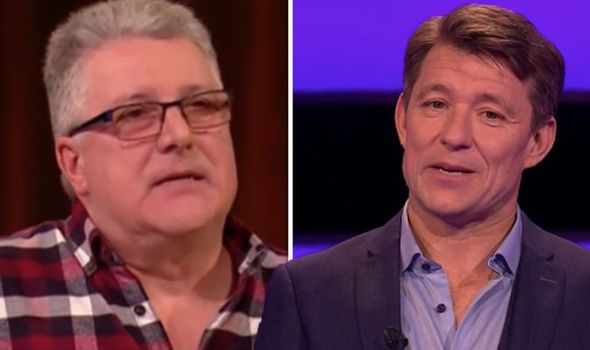 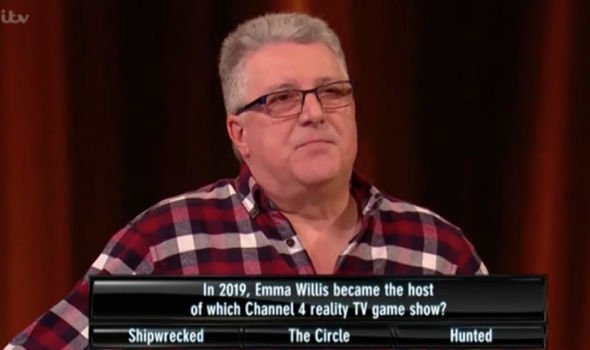 Howard’s tactics paid off and he subsequently secured his spot in the final after narrowly beating Robyn by £50.

However, his final counter questions didn’t get off to the best of starts as he answered his first topic incorrectly.

He decided to play TV for three counters and was asked: “In 2019, Emma Willis became the host of which Channel 4 reality TV game show?”

The options were Shipwrecked, The Circle and Hunted but Howard admitted he wasn’t too sure. 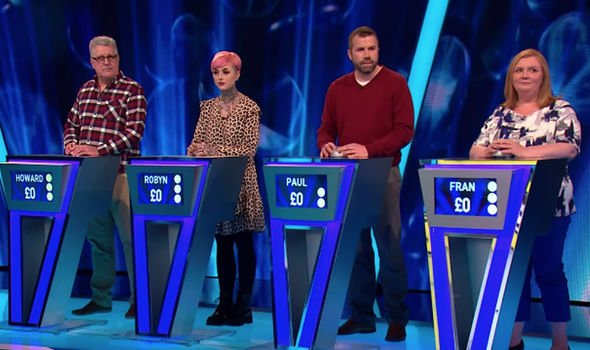 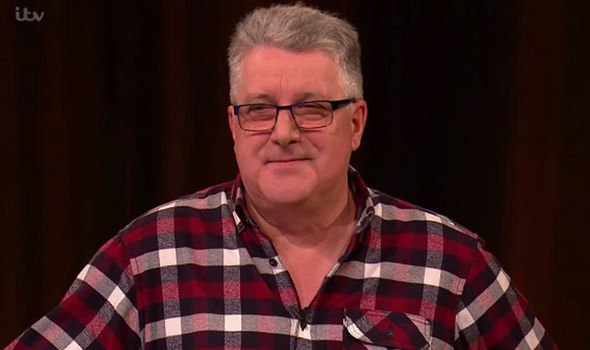 “She was big on Big Brother but that was a long time ago,” Howard replied.

Hitting out, Ben scolded: “And that’s not the answer,” before the contest added: “I know, it’s not up there.”

“Do you know those shows they have on Channel 4?” Ben asked.

“Not very well but I’ve got a feeling it might be The Circle,” the finalist decided.

Luckily, Howard was correct but his luck faltered again with his next question which he answered incorrectly.

However, Ben was able to give Howard three counters for the machine with his next question.

The first counter moved the jackpot counter onto the second shelf and his third counter secured Howard’s winnings.

With just six counters, Howard ejected the £10,000 jackpot counter from the machine.

“Wow,” Ben commented. “I think the machine loves you too as well. Quite frankly, you made a mess of most of those categories.”

“I kept the good ones to last,” he replied and Ben said: “I see what you were doing. I’ll tell you what you have played a great game, Howard. Tell me what you’re going to do with the money.”

“It’s going towards a safari in Africa,” he said and the host added: “You played a great game, the fact you snuck through on £50 as well. You just took the lead in that third round, it’s been a full-on game.”