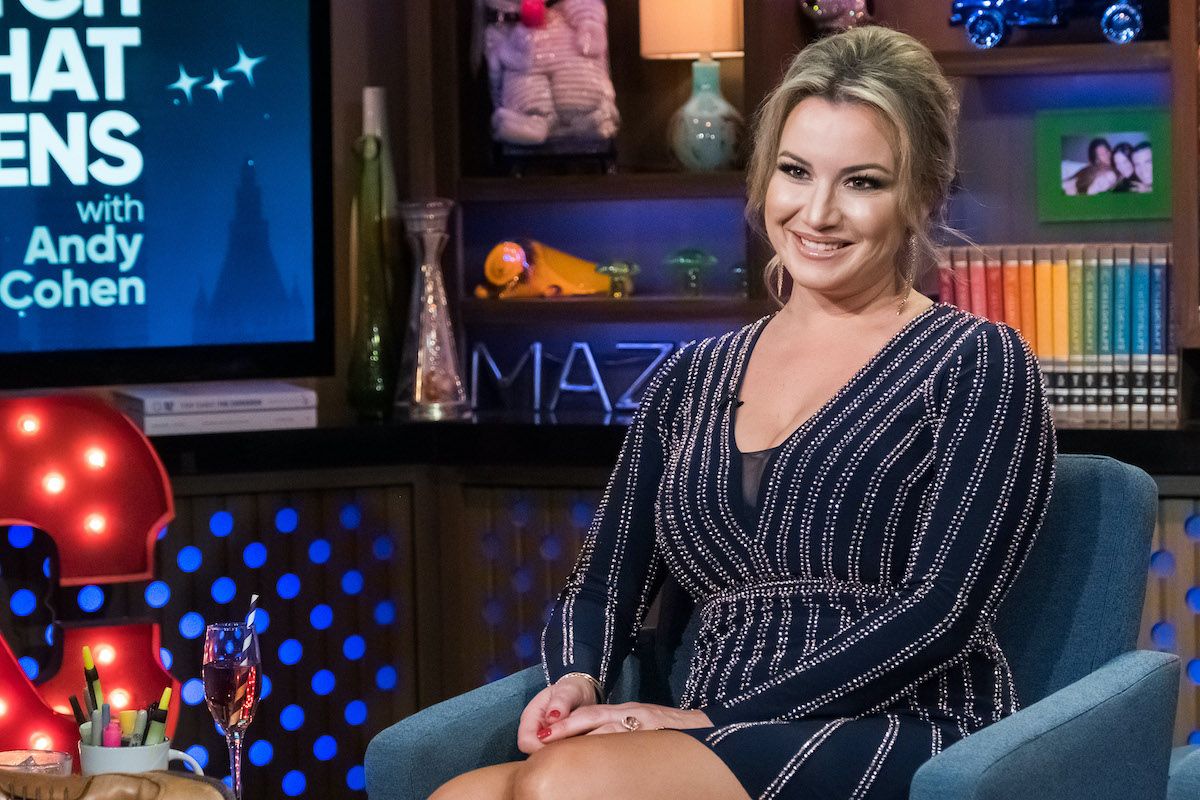 Ferrier has been fiercely private about sharing photos of Roberts. He’s only been publicly photographed by paparazzi. But now that the couple has welcomed their daughter in October and are engaged, Ferrier thought it was finally time to share a photo of the couple.

“Okkkkkk…Here he is. Insta official,” she wrote along with a snap from the family vacation. “Love you baby x.” The photo features the couple gazing at each other with rolling green pastures in the background. Ferrier added, “PS This is how he looks at me about 89% of the time.” She included laughing/crying emojis because Roberts doesn’t look convinced he’s actually ready to be “Insta official” in the photo.

Fans have noticed that Ferrier’s social media hasn’t been filled with photos of her betrothed. “He’s very private, he hates social media, so, that’s definitely something that I respect,” Ferrier said in a Bravo Insider interview.”

“It’s probably for the best. Like, I don’t think I could date someone that was fascinated with their Instagram and taking selfies and stuff,” she added. “He’s just very low-key.”

Ferrier talked about Roberts during her final season of the show and shared how it was a challenge to be away from him. “It was very difficult dealing with the pressures of doing a charter season and filming without having him there to be able to support me,” she said. “Knowing that I had someone I was that close to that wasn’t there and that couldn’t help me when I was really upset, that was difficult.”

Hannah Ferrier was not anticipating marriage right away

Ferrier was thrilled to be pregnant and welcome her daughter Ava Grace. “At the moment, the priority’s the baby, and I’m not extremely traditional like that. A lot of people are married and miserable and a lot of people are in a relationship and not married and very happy,” she told Bravo in June while she was still pregnant. “So, that doesn’t really bother me when we get married.”

“I think it’s just nice when you’re with someone and you’re secure enough that you know that’s where it’s going,” she added. “So you are quite comfortable with taking your time.”

However, Roberts clearly couldn’t wait to marry Ferrier. He proposed in November and Ferrier broke the news on Instagram. “And then there were three…and a ring,” she shared along with a photo of the stunning emerald cut rock.

Ferrier recently shared that the family took their first vacation together, complete with monogrammed luggage for the baby. “Going on our first family holiday tomorrow! Just a tad excited,” she shared on Twitter. “Ave with her custom luggage.”

Related posts:
Wife dies with HOLE in skull after being 'bludgeoned with fireplace poker by husband' when he accused her of cheating
Olympic Gold Medalist Klete Keller Identified at US Capitol Riot (Report)
Popular News
Nike's Boisterous Dunk Low "Free.99" Is Gratis in Name Only
19/01/2021
Man Utd wonderkid Ramon Calliste, called ‘the next Giggs’, now owns luxury watch business and makes £5m a year – The Sun
26/03/2020
Megan Thee Stallion Addresses Criticism Over Twerking: ‘I Love to Shake My A**’
26/03/2020
Police guard shops to stop coronavirus panic-buyers and enforce social distancing – The Sun
26/03/2020
Coronavirus: Good Morning Britain’s Dr Hilary reveals ‘game-changing’ self-testing kit
26/03/2020
Recent Posts
This website uses cookies to improve your user experience and to provide you with advertisements that are relevant to your interests. By continuing to browse the site you are agreeing to our use of cookies.Ok