BBC Savile drama is like being ‘abused again’, says victim

He was one of the corporation’s biggest names during the 1970s and early 1980s presenting hit radio and TV shows including the Saturday night smash Jim’ll Fix It. But police say Saville used the cloak of fame to become Britain’s most prolific paedophile abusing at least 450 victims.

He went unchallenged for years despite his vile predilections being an open secret among colleagues before his death in 2011, aged 84.

The BBC announced this week that The Reckoning will tell the story of the presenter’s rise to fame and the sexual abuse scandal that emerged after his death.

It will air on BBC One and station chiefs hope it will prove to be a ratings-winner to rival ITV’s recent Des, about mass murderer Dennis Nilsen which starred David Tennant.

But one horrified victim, who was abused at BBC Television Centre and other locations as a young girl, said: “The idea of making a drama out of Savile’s life, for the purpose of entertainment, is so distasteful and distressing.

“I hold the BBC partly responsible for my abuse – many people knew what was going on and did nothing to stop it.

“To find out the same organisation is now planning to use these events to gain ratings is unacceptable. It’s almost like being abused again.”

A relative of another victim said: “I don’t know how the BBC can make this programme. 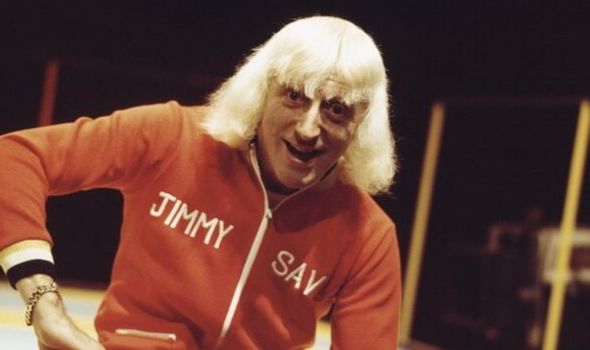 “He used his BBC fame to con parents and groom children, so how can they be trusted to tell the complete truth?

“His crimes were abhorrent and most of his victims are still alive and living with the consequences of his actions. To have their plight turned into a TV drama by the organisation who failed to protect them is sickening.”

Richard Scorer, an abuse lawyer at Slater and Gordon, which represented 169 of the monster’s victims, said: “Survivors still battle every day with the impact of Savile’s abuse and this risks reopening these wounds.

“The BBC must tread extremely carefully with this and consider the potential harm.”

Peter Garsden, of the Association of Child Abuse Lawyers, said it was an example of “poacher turned gamekeeper”.

In 2016 Dame Janet Smith published a review that found the BBC missed opportunities to stop Savile’s abuse. She identified 72 victims in connection with his Beeb work.

Piers Wenger, controller of BBC drama, said: “We do not intend to sensationalise these crimes but to give voice to his victims. We will work with survivors to ensure their stories are told with sensitivity.”

Related posts:
Sturgeon is accused of 'shamelessly' exploiting coronavirus crisis
TikTok user shares genius mascara hack for making your lashes look like falsies
Popular News
How to use carving leftovers to make a pumpkin pie this Halloween
24/10/2020
Man Utd wonderkid Ramon Calliste, called ‘the next Giggs’, now owns luxury watch business and makes £5m a year – The Sun
26/03/2020
Megan Thee Stallion Addresses Criticism Over Twerking: ‘I Love to Shake My A**’
26/03/2020
Police guard shops to stop coronavirus panic-buyers and enforce social distancing – The Sun
26/03/2020
Coronavirus: Good Morning Britain’s Dr Hilary reveals ‘game-changing’ self-testing kit
26/03/2020
Recent Posts
This website uses cookies to improve your user experience and to provide you with advertisements that are relevant to your interests. By continuing to browse the site you are agreeing to our use of cookies.Ok