BBC Breakfast's Carol Kirkwood was left stunned as Naga Munchetty cuts off her weather report and swipes 'let's leave you there.'

The weather presenter was giving her usual update on the news programme, but was left speechless after a cheeky comment from her colleague. 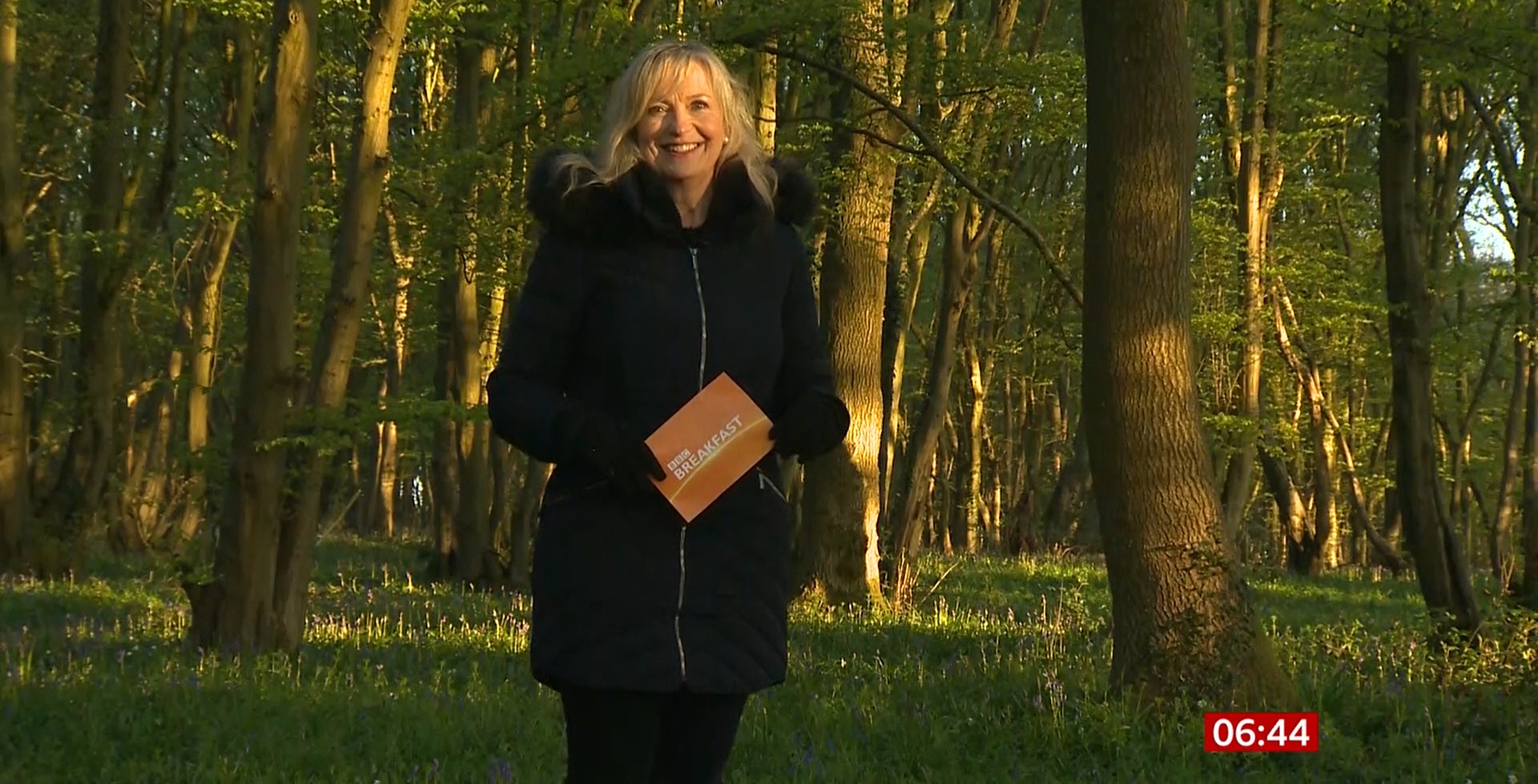 Carol was on location as she reported live from the middle of the forest in St. Albans.

The 58-year-old was having a jolly old time time telling viewers some interesting facts about the local area.

Carol began: "Good morning! Look where I am, isn’t this just gorgeous. Langley Wood which is part of Heartwood Forest in Hertfordshire, we’ve come in amongst the bluebells.

"And did you know, a fifth of the world’s bluebells actually grow in the UK and that the UK is internationally significant for its growth of bluebells?" 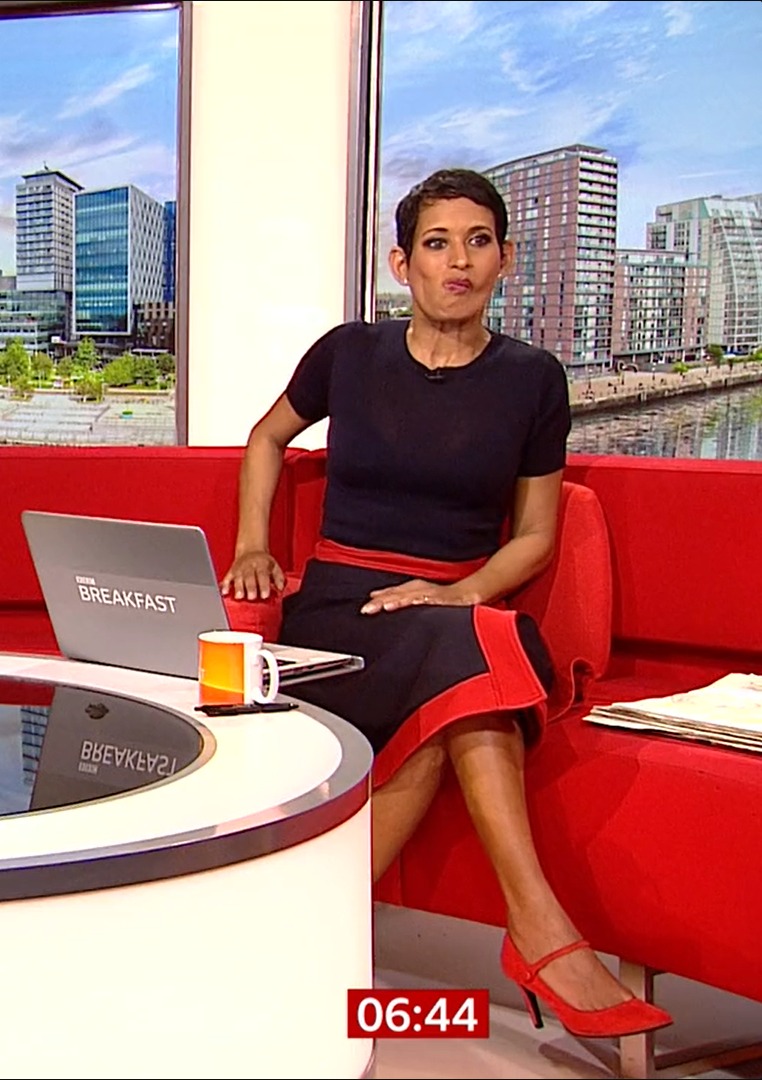 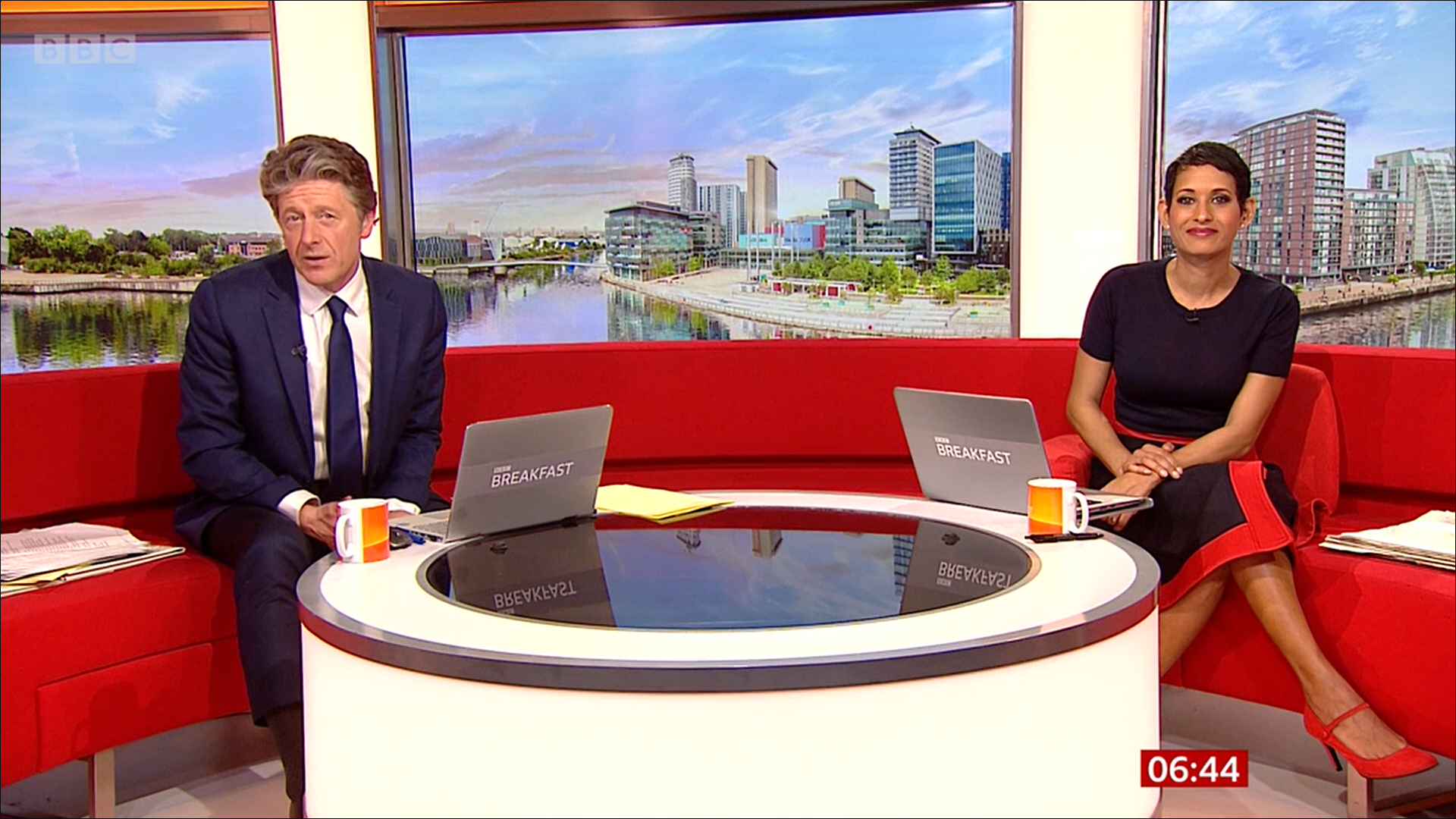 After delivering the forecast which Kirkwood announced was "mainly dry one with a lot of sunshine", Naga, 46, made a cheeky dig about how much Carol was enjoying himself.

She joked: "We might just leave you there since you like it so much!", and Carol could only smile.

After another weather update later in the show, Carol discussed some of the footage they were showing.

She said gleefully: “Look at this aerial view, it is stunning!” and Naga said: “Just so pretty.” 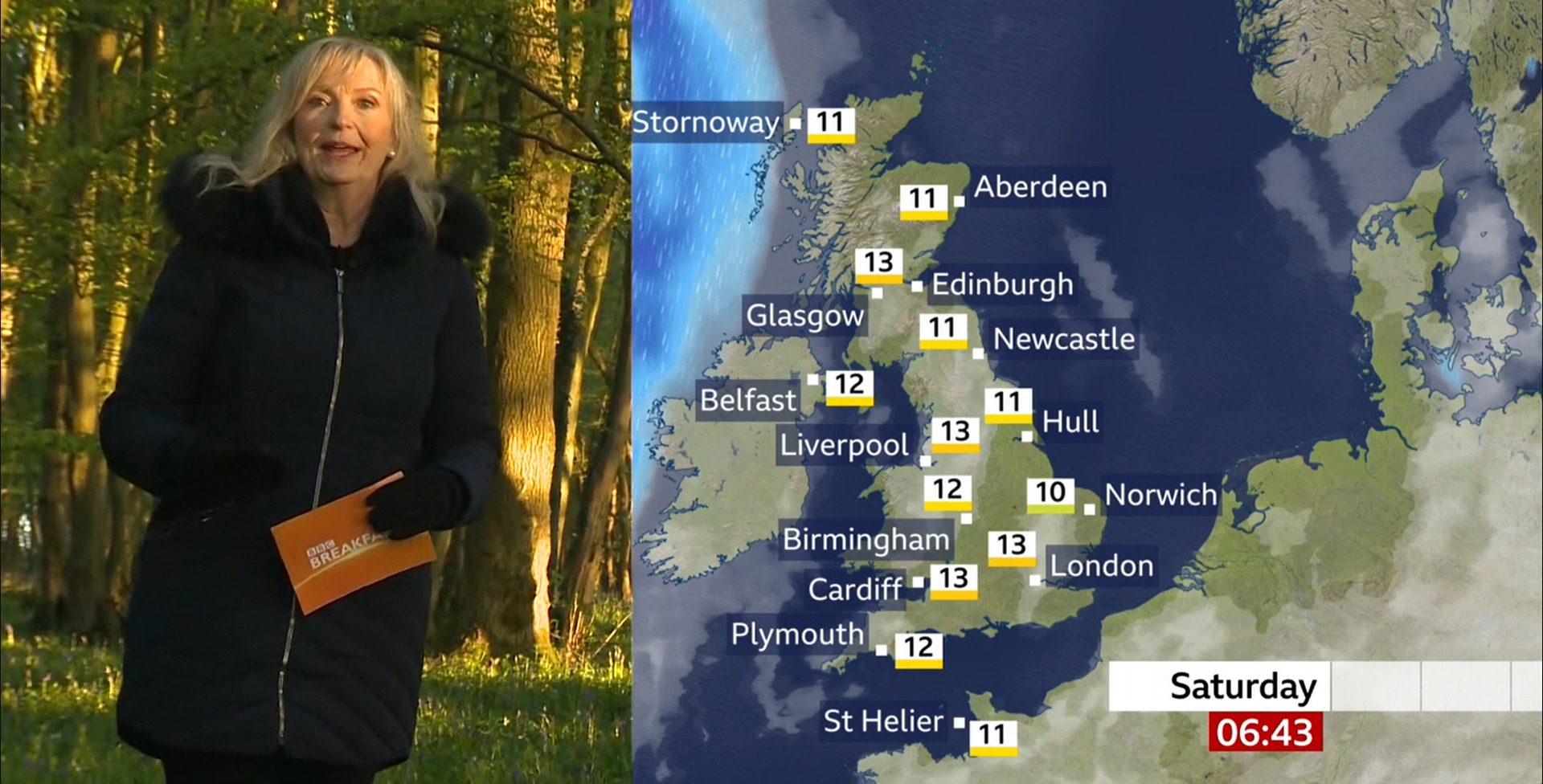 Carol continued: “What you’re seeing is actually Heartwood Forest as a whole and the bit that we are in is Langley Wood.”

The presenter suggested: “Don’t get lost in the woods Carol, always follow the trails.”

Carol would take to Twitter and post several images of the lovely bluebells and breathtaking sunrise while on location.

She penned: “My pictures do not do the bluebells any justice. They look so beautiful in the early morning sunshine."