“These shiny things matter to those who finance, greenlight, produce, market and distribute our projects,” filmmaker says 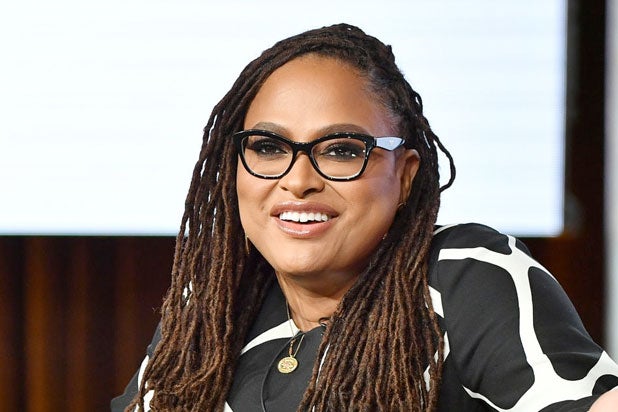 Shortly before the Golden Globes got underway on Sunday, Ava DuVernay spoke out about the recent push for diversity in the Hollywood Foreign Press Association. In a statement posted to Twitter, the director said diversity at awards shows isn’t about the awards themselves, but about the opportunities given in Hollywood to those who get nominated.

“Many artists who’ve made strong work this year are being amplified on tonight’s show,” DuVernay said, noting that she will appear at tonight’s ceremony to introduce “Hamilton” as a nominee for Best Picture – Comedy or Musical.

“To be clear, pressure applied to the Globes… isn’t about validation or shiny things from this particular group,” she continued. “The truth that’s not often discussed is that awards play a part in the economic reality of Black filmmakers, artists of color and women creators in this business. Unfortunately, these shiny things matter to those who finance, greenlight, produce, market and distribute our projects.”

DuVernay, along with dozens of filmmakers and actors, have criticized the HFPA over the past week after the Los Angeles Times published an investigative report about the organization. Along with discovering millions in payments to members in possible violation of its tax-exempt status, the HFPA was found to have zero Black members.

While “Hamilton” was nominated for Best Picture and Black artists like Viola Davis and Regina King earned recognition this year, no Black-led films were nominated in the Best Picture – Drama category, as films like “Da 5 Bloods,” “Ma Rainey’s Black Bottom,” “One Night In Miami” and “Judas and the Black Messiah” were all snubbed.

In response, stars and major groups in Hollywood — including Time’s Up, Color of Change, DGA and SAG-AFTRA — have demanded greater diversity in the HFPA membership. The organization is expected to address the issue during the Golden Globes broadcast.

“Without inclusive membership, [the HFPA] miss the opportunity to truly honor creativity and excellence among a vast and dynamic global industry of talented storytellers and stories,” SAG-AFTRA said in a statement on Sunday. “It’s a big, diverse world and if the HFPA is to remain relevant in today’s media environment, it must fully embrace inclusion among its membership and across its operations.”