Antiques Roadshow has been encouraging people up and down the country to have a look in their cupboards and attics for items they think could be worth a penny or two. During a recent instalment of the popular BBC One show, expert Lars Tharp had the pleasure of taking a closer look at a rather unusual vase and when it came to its valuation, the owner was stunned to hear it could be worth £10,000.

Lars kicked the conversation off with: “Where’s it from?”

“In 1962, we moved into a new home and this was found in that house,” the gentleman said and the expert continued: “Where would you say it was from?”

The man said “China” and Lars asked him why he thought this: “Chinese writing on the bottom?” The guest guessed.

“Right, okay. What about the shape?” The Antiques Roadshow valuer questioned. 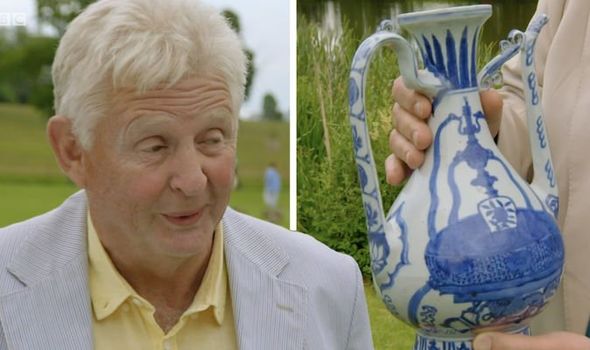 “Persian influence,” the man commented and Lars added: “It’s certainly not a Chinese shape, it’s a very, very typically Persian metalware shape. And here you have it in porcelain.

“But you’re right about China, let’s just turn it upside down, that is a four-character commendation mark, but which I mean it is wishing you good luck and prosperity.

“It’s not a particularly glamours piece, except it is a blinking complicated object to make and the decoration, it’s a fountain – so there’s the spike, the spout’s coming off and the hauling water in the pool of the fountain,” he showed those watching at home.

“And then, underneath, there’s some sort of Buddhistic lion support. 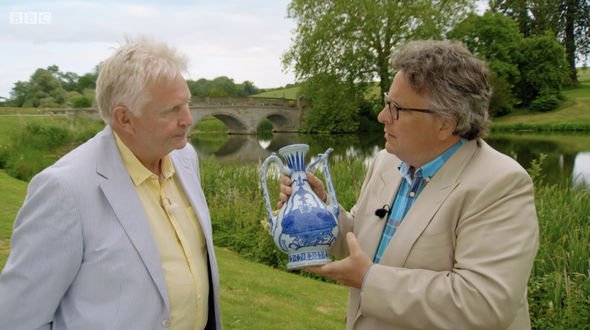 “So it’s a really, really extraordinary mishmash of stuff. Made in China, Persian shape,” Lars said.

As for how much the item was worth, he added: “I think this was made sometime in the middle of the Ming period, probably around the 1500s. 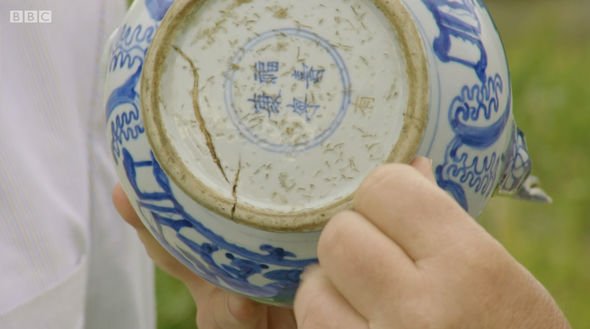 While the valuation was nothing to turn down, it was not one of the most expensive items the Antiques Roadshow has seen in its lifetime.

The gold, diamond and jade flower was one of only three items to receive a seven-figure valuation in the show’s history.

The others were an Angel of the North model and an FA Cup trophy. 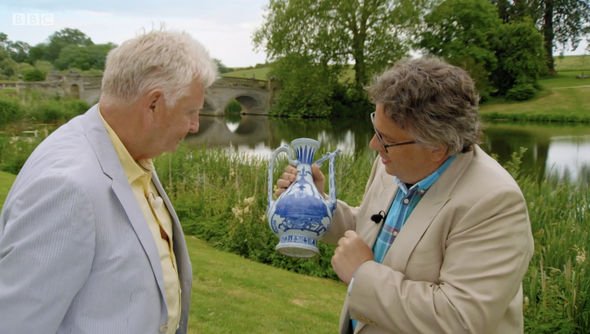 The show’s jewellery expert Geoffrey Munn said his “pulse was racing” at the sight of the precious object.

“To make a judgment of that enormity is a tricky thing to do so I’m not going to pretend it wasn’t pressurised,” he said.

“This was a sensation beyond our wildest dreams really – this is a towering masterpiece from Faberge.

“It is the rarest, most poetic manifestation of Faberge’s work that one could ever hope to see,’ Geoffrey commented.

Antiques Roadshow airs Sunday evenings at 8pm on BBC One.