A GUEST on Antiques Roadshow was left stunned to find out his late aunt's jewellery was worth a staggering £8,000.

The man had brought a gold bracelet and a kunzite-stone brooch to the V&A in Dundee to be inspected by jewellery expert Susan Rumfitt. 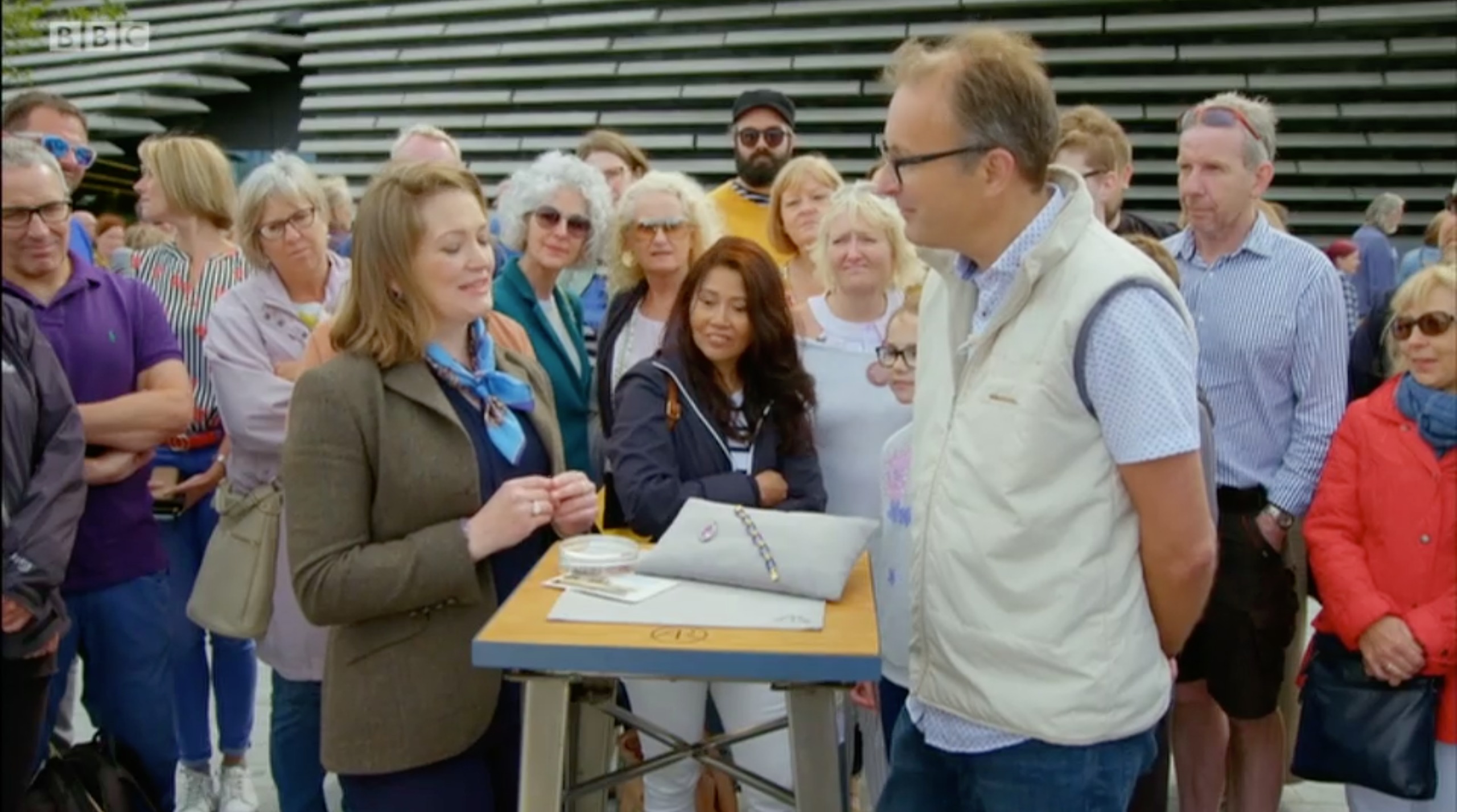 Alongside the two special items, the man had also brought a postcard signed "with love from Russia" by a mystery man named Bruno.

He explained to expert Susan that his aunt Myra was gifted the pieces in the 1960s and when she passed away in 2002, left them to her nephew.

"I don't know who Bruno was, it was a postcard sent to my aunt Myra in 1969," he said of the hand-written note alongside the items.

"She told me that was hand made by an Italian jeweller but she gave no name and just said, 'Look after it, it's very special'." 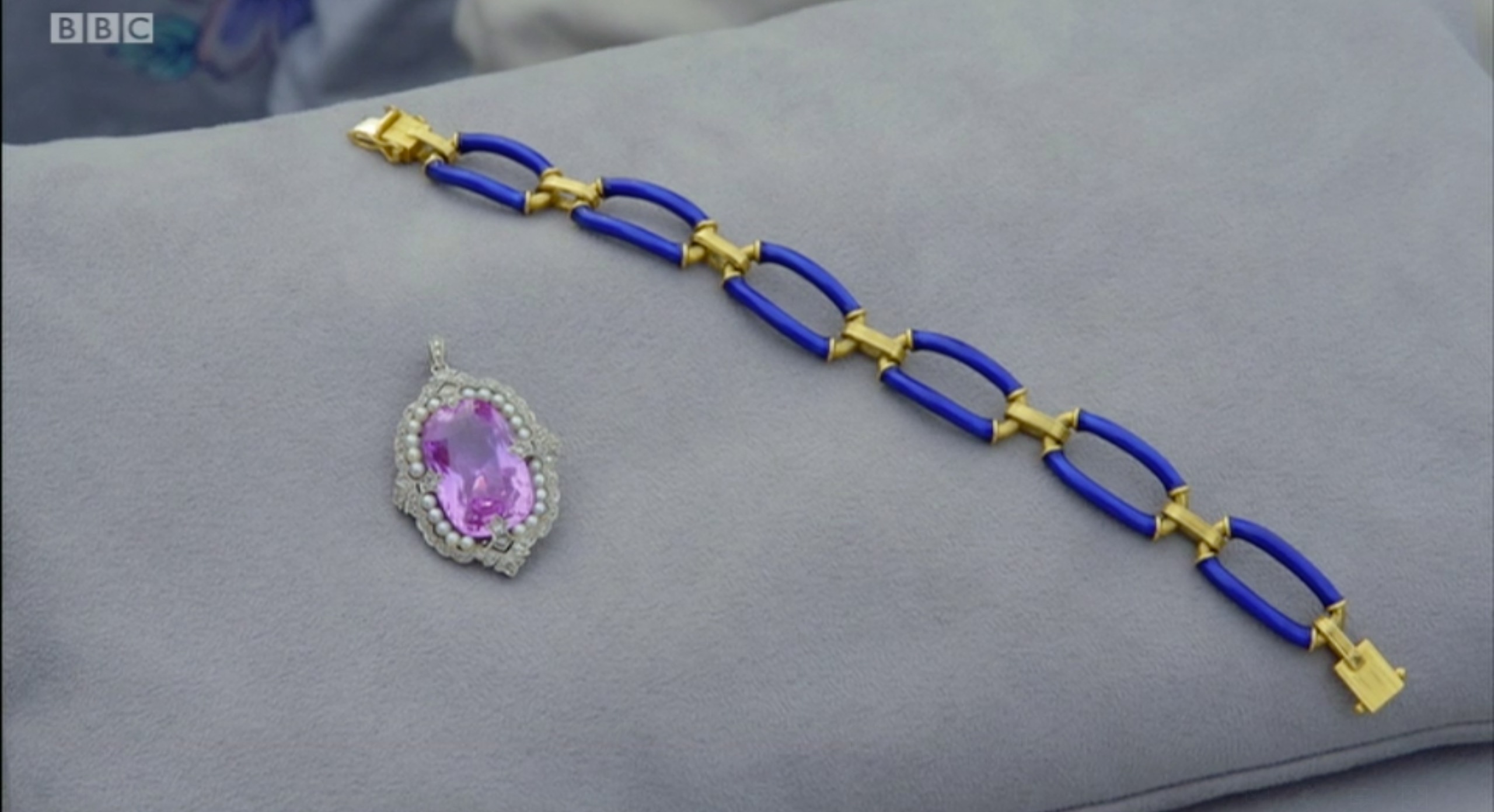 Asked what he preferred from the set, the guest revealed he treasured the bracelet "because that was the one she referred to the most".

"This Bruno was very special to her as well by the sounds of things," Susan joked of the note, before explaining who she thought it could be from.

"There was an Italian jeweller working in the 1960s called Bruno Martinazzi," she went on. "He was born in Turin and developed a skill as a goldsmith whilst he was out there as well."

She added that he was interested in both art and antiques, something the man's aunt also enjoyed as an avid LGBTQ activist in the 60s. 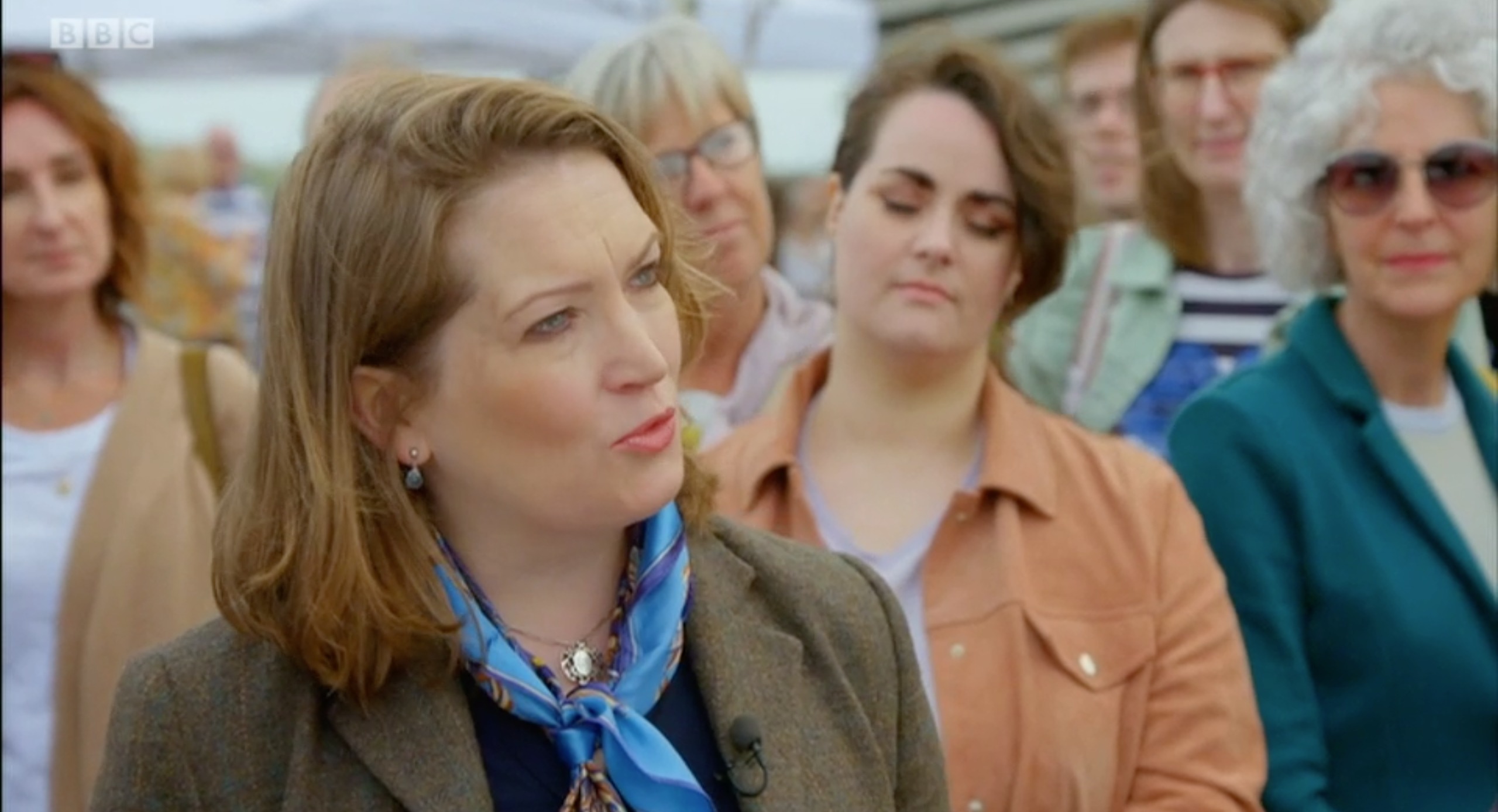 "She studied art – she was an art and textile lecturer at Sheffield university," the guest added, adding to the likelihood she was friendly with Bruno.

Moving onto the valuation, the man was eager to find out more about the gold bracelet and brooch, complete with a kunzite stone. 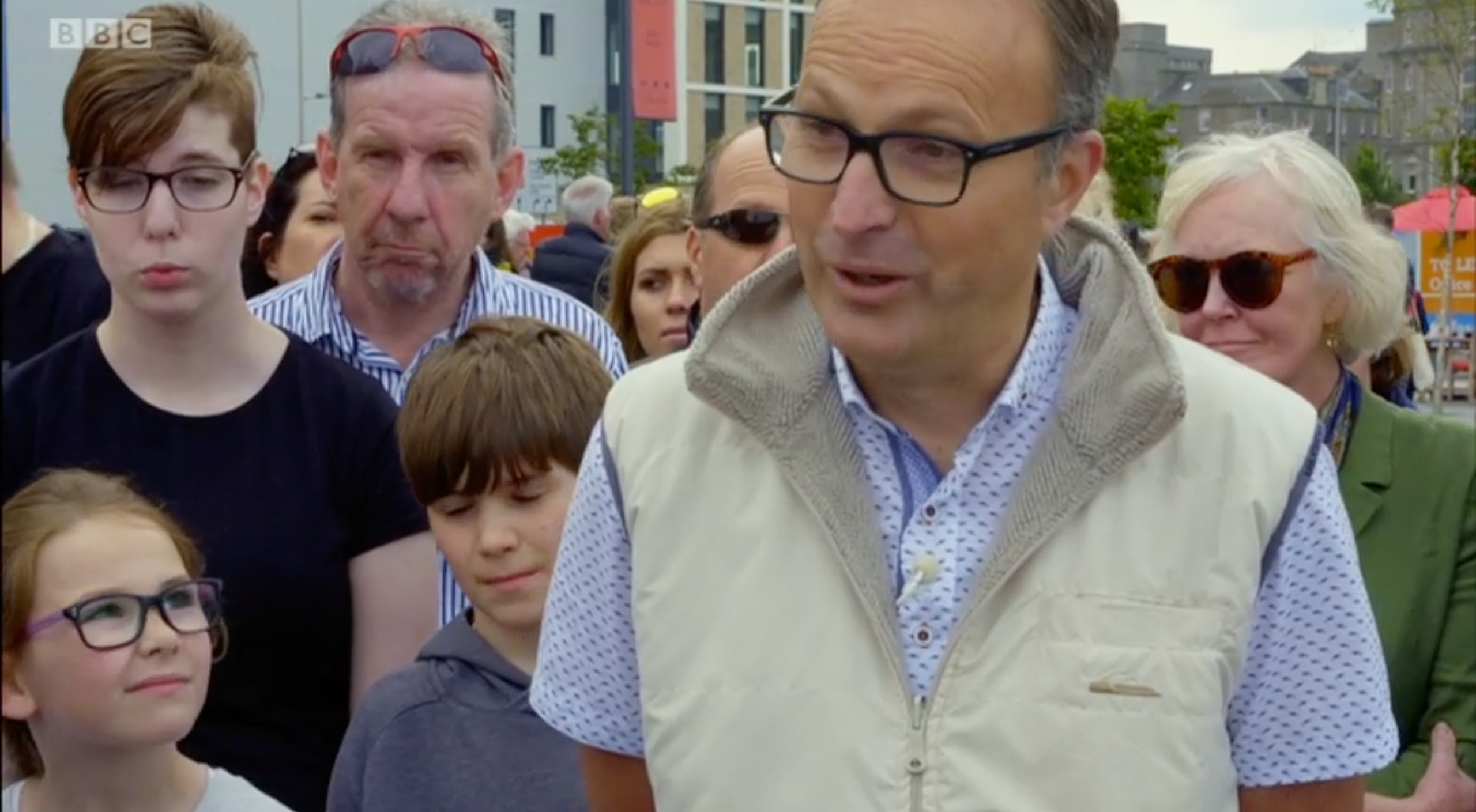 The man was left stunned by the news, and could only offer up a "wow" in response to the staggering £8,000 price tag.

"Thanks very much," he concluded the segment, holding his face in his hands and laughing towards the camera.