Antiques Roadshow continued at the weekend, with host Fiona Bruce, 55, and her team arriving in Lancashire to discover what relics the public had to inspect. Lytham Hall was the base for the episode and it was the end of the BBC programme which saw this particular moment air. Paintings expert Rupert Maas, 59, was on hand to help the guest and was blown away when he saw the artwork from Blackpool she had brought along.

Amongst the collection, painted by Italian Illustrator Fortunino Matania, the scenes captured the heart and energy of the infamous Blackpool Tower back in the 1920s and 30s.

The expert was captivated the second he saw the imagery, but he needed to provide some finer details for the guest who knew very little about the priceless paintings.

Explaining how they came to be in her possession, the woman said: “My father worked in the works department at The Blackpool Tower company and he retrieved them from a skip.

“So we had them framed and had the artist’s name put on them and they’ve been hung on my parent’s wall ever since,” and she was certainly glad her parents did look after the antiques when she discovered their value. 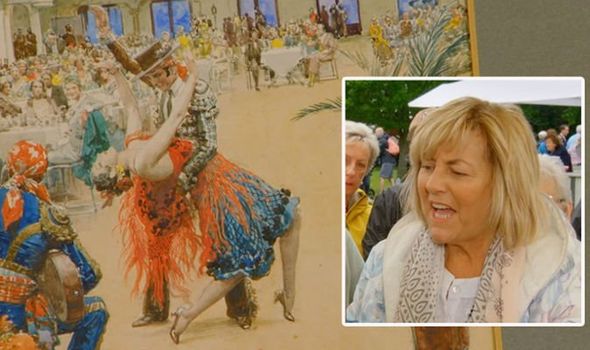 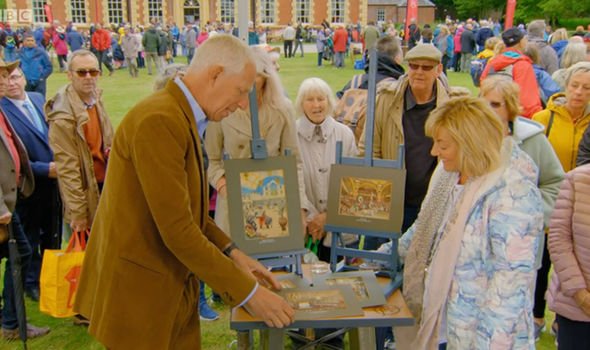 “My uncle Dennis, he did a lot of the guild with my dad, so yeah, I’ve grown up with Blackpool Tower and the circus and everything else,” the guest added.

“It’s of interest to me,” Rupert told her, before going on to talk about the artist and his background a little further.

“A very well educated man – he really knew about a lot of stuff and he was really well trained, right from an early age.” 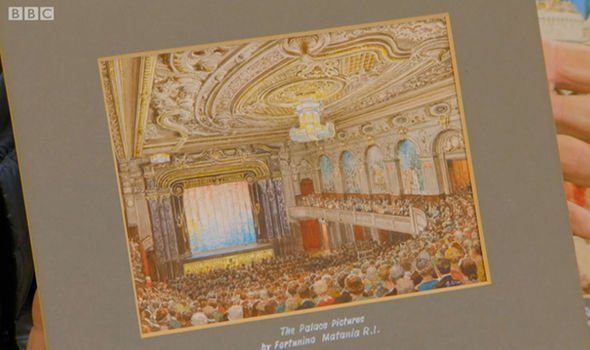 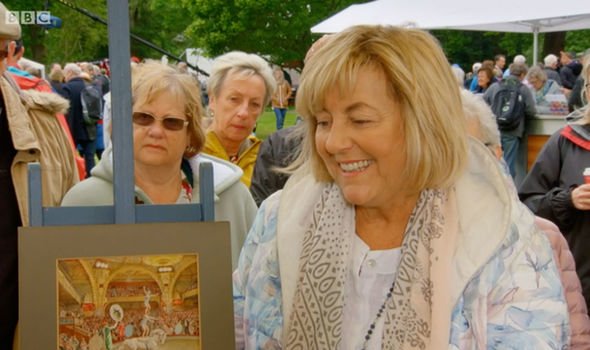 He was a true natural

Rupert continued: “He could draw almost before he could walk. He was a true natural.

“Worked incredibly fast and in his day, he became extremely famous as a journalist for The Sphere Magazine during the First World War, which is where he learnt to work so incredibly quickly.

“You had to in wartime experience to get it down, you had to work under fire – you’ve got to be really fast and good and that’s that kind of training that makes you able to depict action and that’s what he’s got here.”

In complete admiration of the art, the expert added he was amazed how “alive” the paintings seemed to be.

The expert then quizzed the guest over what she believed the paintings had been created with; watercolours or matt.

Rupert explained how a glossy surface on the image meant they were likely to be a reproduction of the original.

However, if you held the painting at a certain angle in the sun and saw the paint had been lightly applied, this was watercolour.

After closer analysis of the imagery, the expert concluded they were formed of the latter, which impressed the guest.

“They’ve obviously been somewhere quite dark. They’ve been very well kept. I personally think, had they been of any other subject, I might have put a few hundred pounds on each of them,” Rupert said, before revealing the true valuation.

Astounded by the revelation, it was a few seconds before the guest provided a response, to which she said: “That’s great.

“It’s just all about my dad really,” she added, to which the expert replied: “He’s looking down on you now with a big smile on his face.”

Antiques Roadshow continues Sunday at 8pm on BBC One.