Antiques Roadshow pitched up at the Bodnant Garden in North Wales for the latest episode of the BBC Sunday evening programme. A whole host of guests turned up with their relics to see if any of the experts could shock them with how much they might value for. When one analyst of priceless possessions clapped their eyes on a 19th-century table, they were mesmerised. However, they weren’t impressed when the owner ended up putting his foot in it.

Examining the three-tiered table in front of him, the expert told the guest: “It’s Oak, it’s late 19th century.”

The owner explained: “It was a gift from my grandmother on the day we got married and it was to hold the wedding cake.

“So I’ve always loved it from that day. I know it’s massively out of fashion these days but I love it,” he said.

Taking over, the expert added: “To me, this has the cool factor. As a wedding table, yeah, kind of cool, but for me, it would be a drinks table.

“The fact it’s triangular, I just love it,” he remarked before determining how much it would sell for at auction. 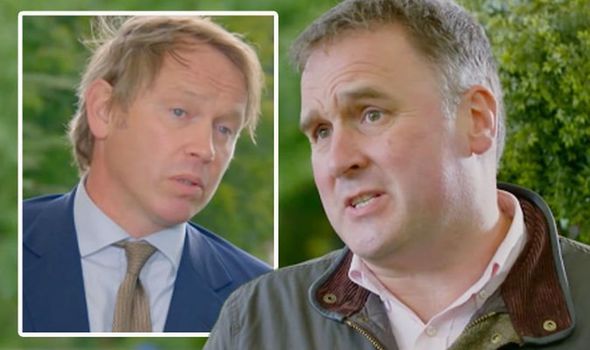 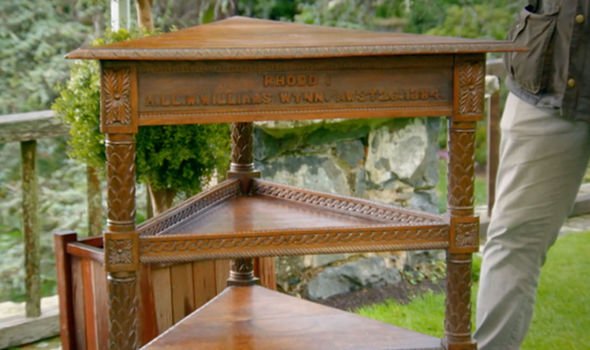 “So I think [it would be valued at] £400 to £600 quite comfortably,” the expert explained to the rather shocked guest.

“Wow, ok. I wasn’t expecting that,” the owner of the table replied, before accidentally insulting the valuation.

“I thought you were going to say about £60,” he added, to which the expert hit back: “Definitely not [that low].”

As the episode went on, there were more valuations given and one piece of jewellery caught the eye of expert Susan Rumfitt. 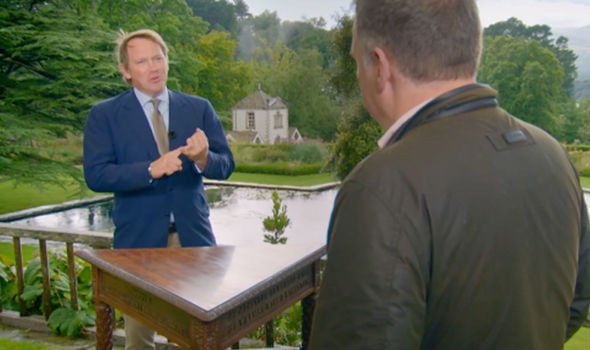 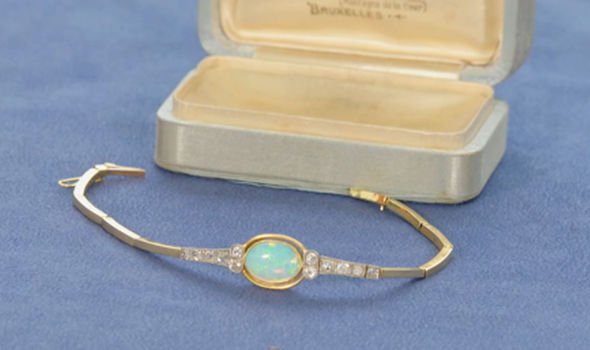 The latter took out of a box an opal diamond, gold and platinum topped bracelet that a guest had brought along for valuation.

Explaining how she got her hands on it, the owner of the piece of jewellery said: “It was given to me by an elderly lady, who was a friend of my mother when I was 21.”

Having analysed the relic, Susan added: “Date wise, it’s somewhere between 1890 and 1910,” before moving on to the importance of the box it was encased in.

“It has a couple of names in there and it’s Simonet and Dean’s Cutter. These were quite established jewellers based in Belgium.”

Susan continued: “There are no markings on the piece of jewellery so it would be lovely to think it was the original box for it but we can’t always be sure.”

Asked if she wore the bracelet regularly, the guest replied: “Yes. I’ve worn it quite a lot over the years, really.

“Special occasions like when I got married and I’ve got two daughters and a daughter-in-law so it’s been used as the something borrowed at various weddings.”

The expert explained: “The centre stone is an opal and it’s a lovely colour which gives it the fire we get.”

“So, I think it’s stunning and with the lovely, beautiful diamond just on the shoulders, it really is an elegant piece,” Susan continued.

“If we could link that the bracelet came from Simonet and Dean’s Cutter, that would be even better as far as value is concerned.

All members of the team and the guests stuck to Government guidelines by standing two metres apart from one another.

Antiques Roadshow airs Sundays at 8pm on BBC One.