AMY Hart has revealed she's still in therapy to "get her head sorted" as she admits to being a "totally different person" since Love Island.

The 27-year-old is still working on herself 14 months after walking out of the ITV2 show. 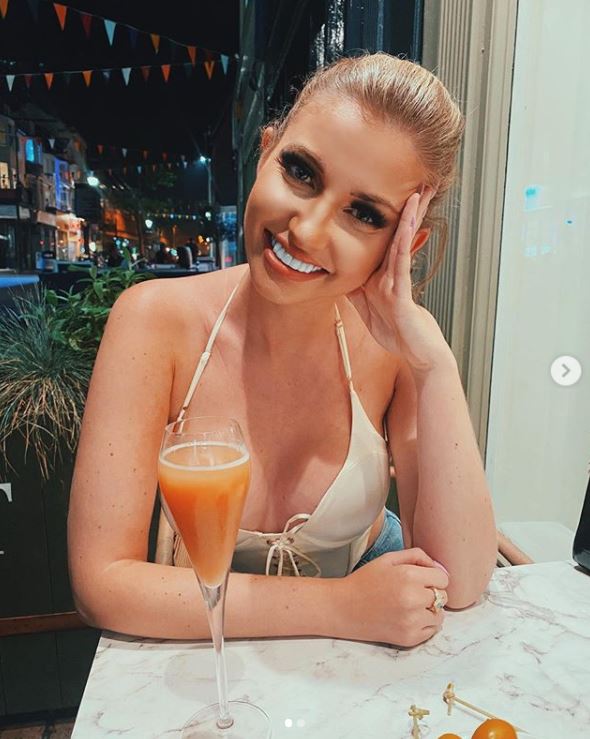 In an exclusive interview with The Sun, Amy admits that she's turned her life around after finally tackling her anxiety head-on.

"I'm still in therapy and it's made me totally different -I’m a lot more chilled. My brain was always in overdrive.

"I always used to have music on all the time, everywhere I walked. If I went to get a glass of water in the kitchen I would put my headphones in. 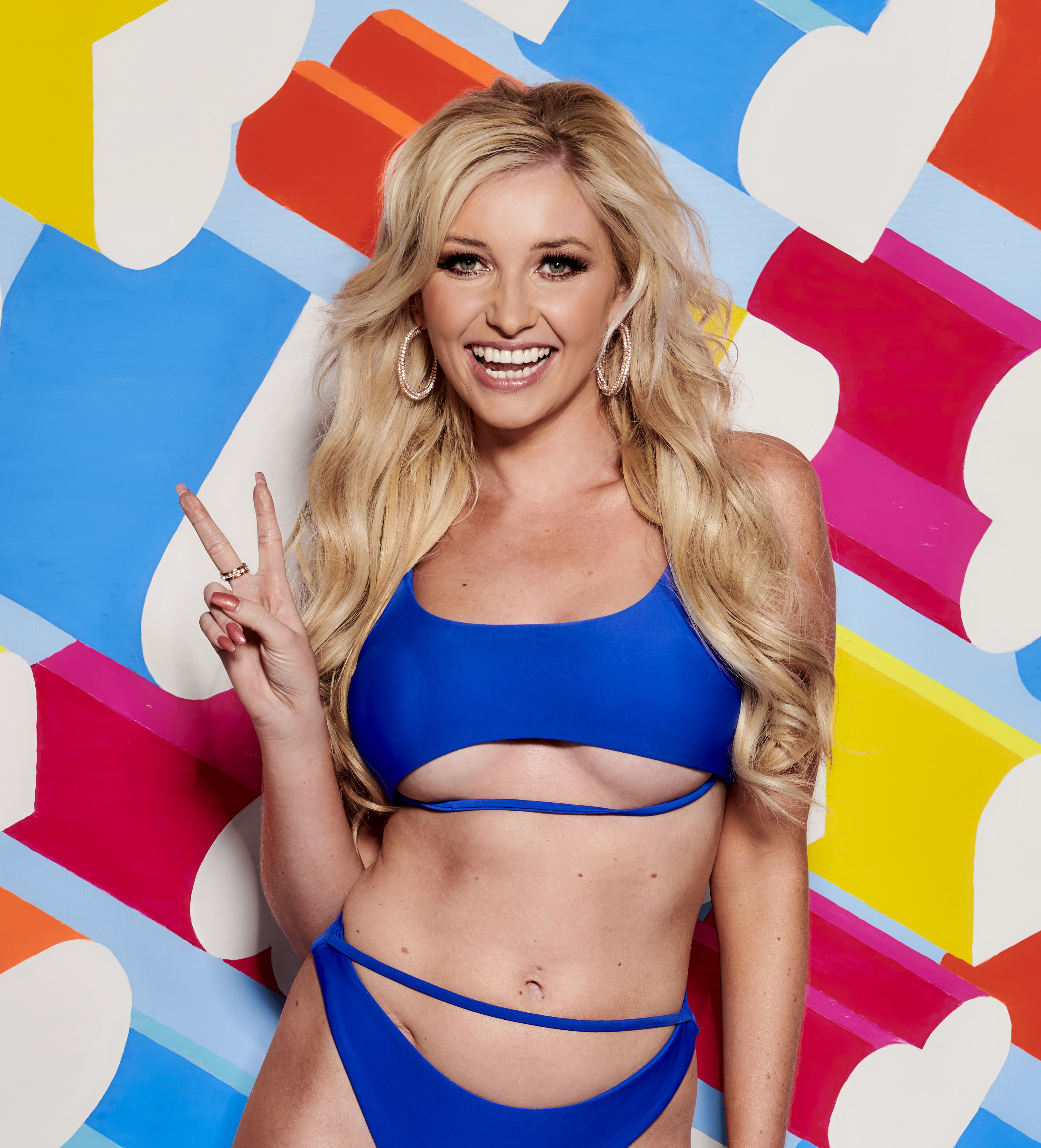 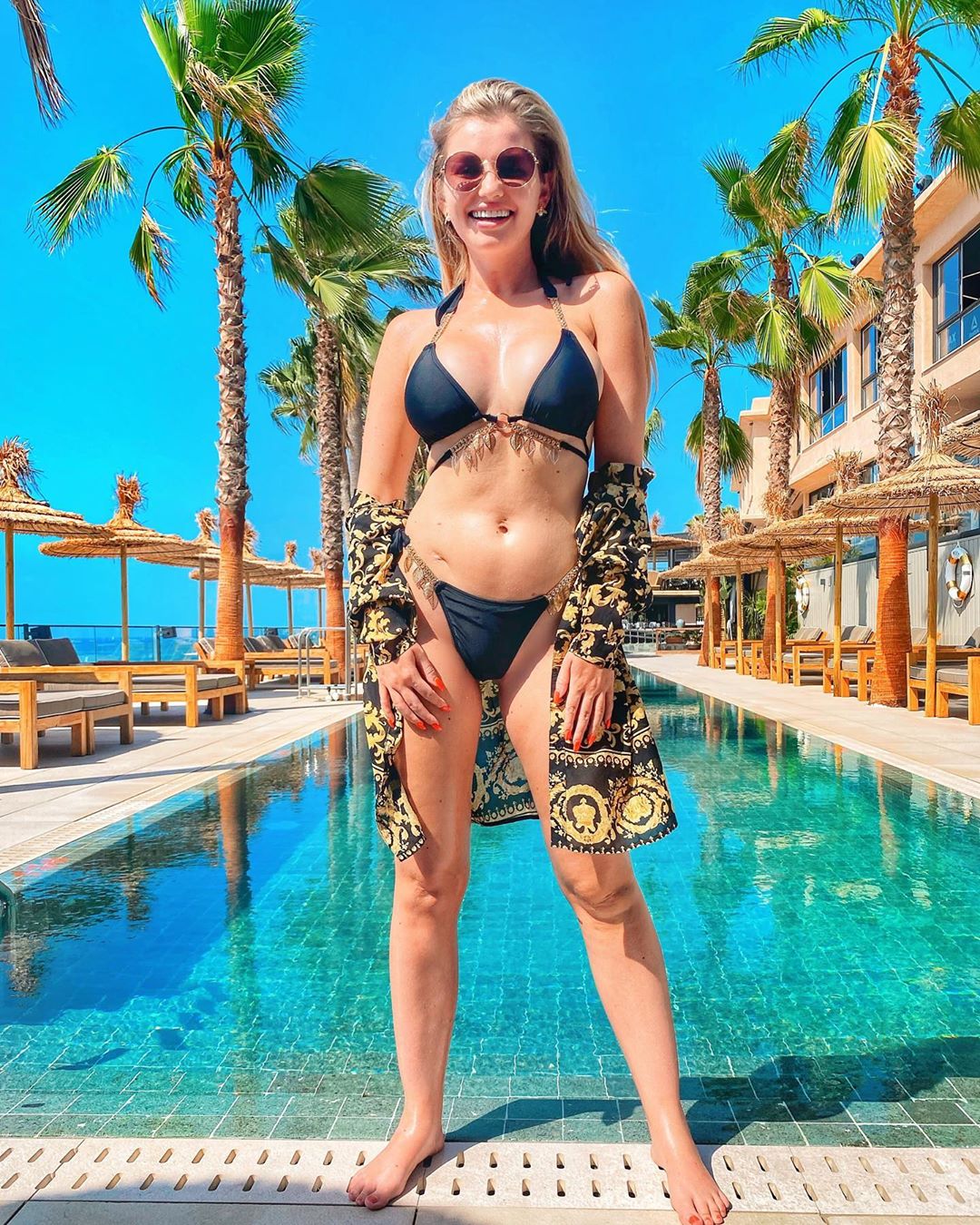 "I walked 45 minutes the other day and I walked back with no music and my head was so clear.

"I'm a lot more chilled and enjoy life a lot more, with a lot less anxiety."

Amy's first experience with therapy was in the Love Island villa when she was offered help off-screen. 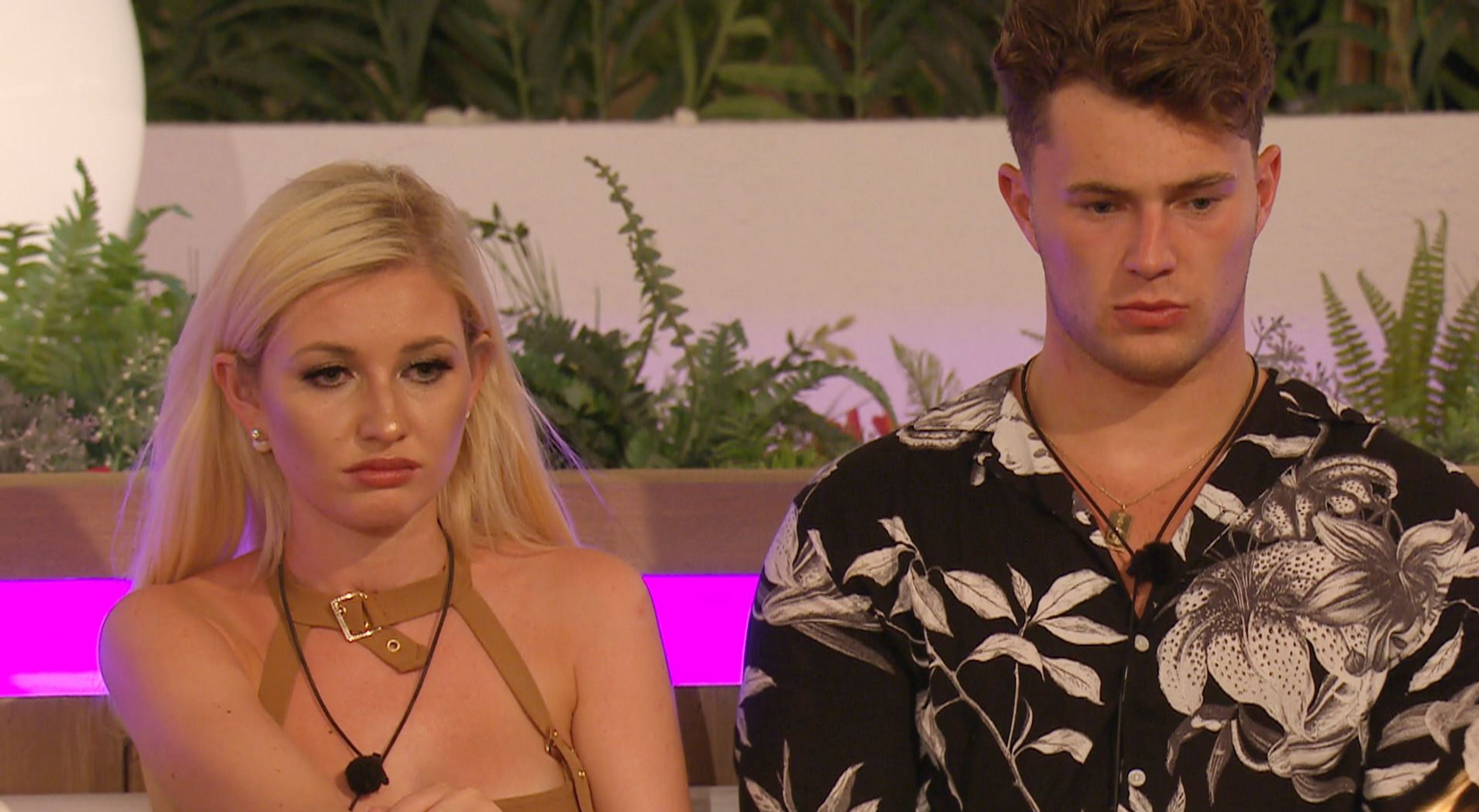 She met with a backstage show therapist 12 times following her heartbreaking split with Curtis Pritchard.

The ballroom dancer's head turned during Casa Amor week, just as Amy realised she'd fallen for him on TV.

She was praised by fans for leaving the villa after making a dignified speech which left her fellow Islanders in tears. 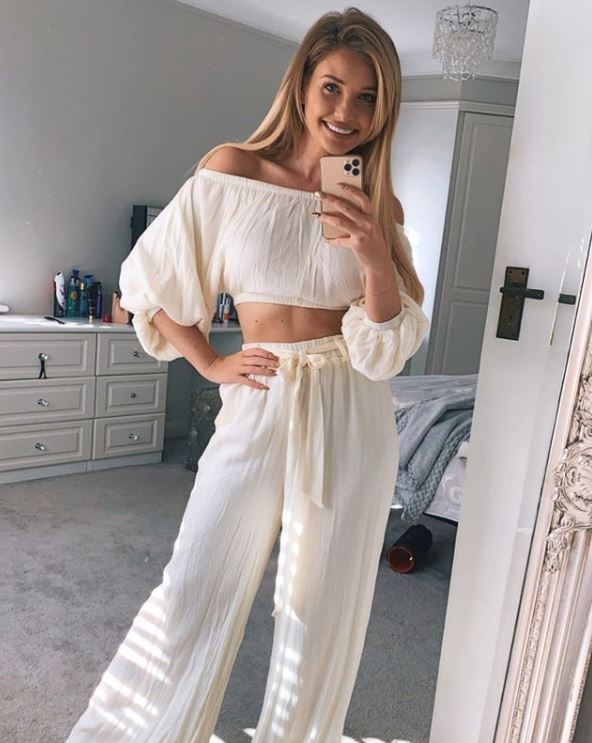 Paying tribute to ITV's Love Island for its support in the aftermath of her experience, Amy continued: “I did struggle at the beginning when I came out of Love Island, but you’ve got to learn to manage it.

"I wouldn’t have had therapy if I’d not been on Love Island, I’m really grateful.

"I wouldn’t change anything; I would do it again tomorrow.

"You’ve just got to learn how to deal with it." 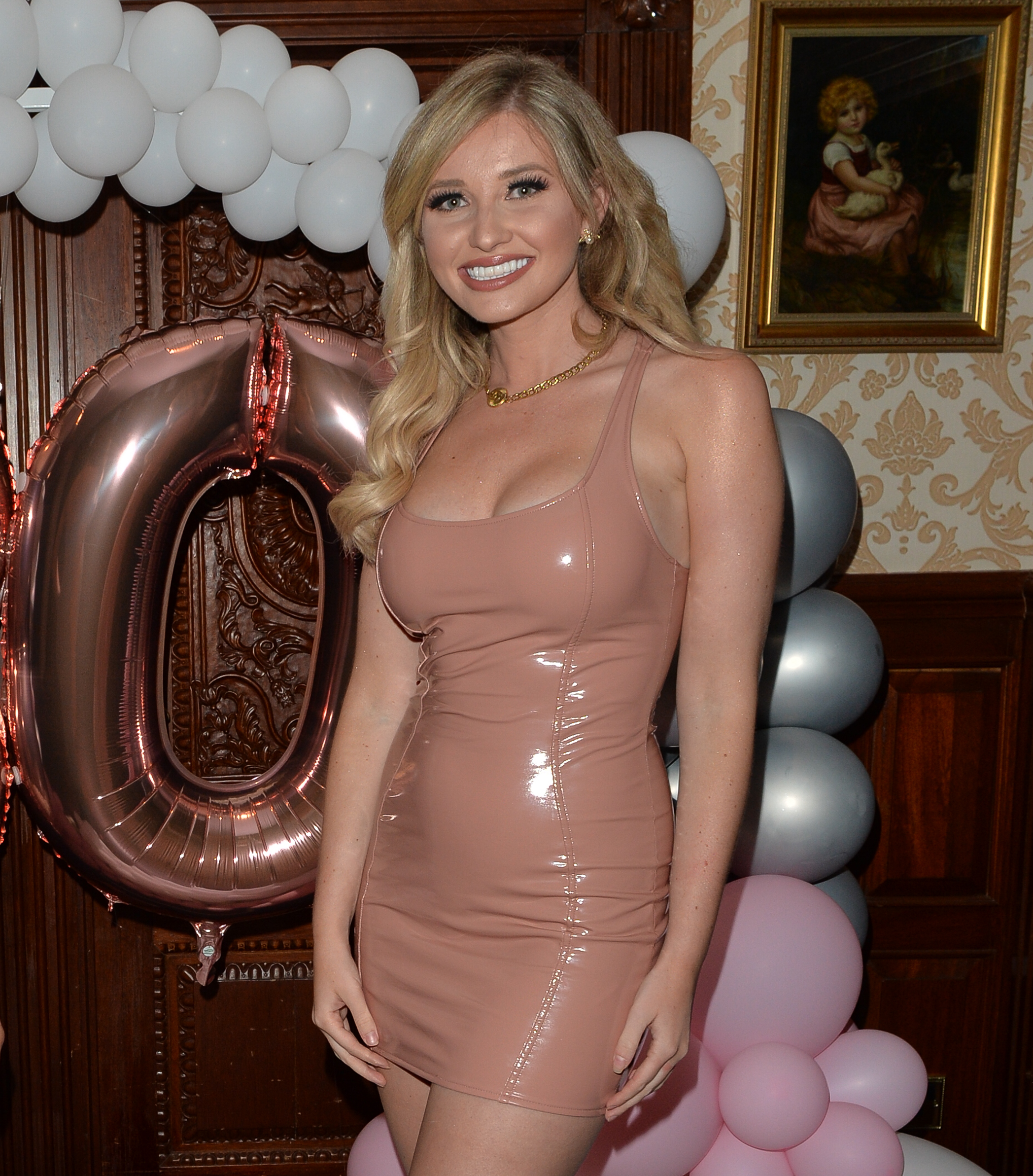 Amy credits living at home for helping to keep her feet on the ground as her career soared.

Since leaving Love Island, former air stewardess Amy has barely stopped – from appearances on Celebs Go Dating to Loose Women, podcasts galore and offering up her opinions on Twitter about politics.

She spent lockdown getting in shape and toning up – even scrapping plans for another boob job as her chest swelled in size after intense workouts. 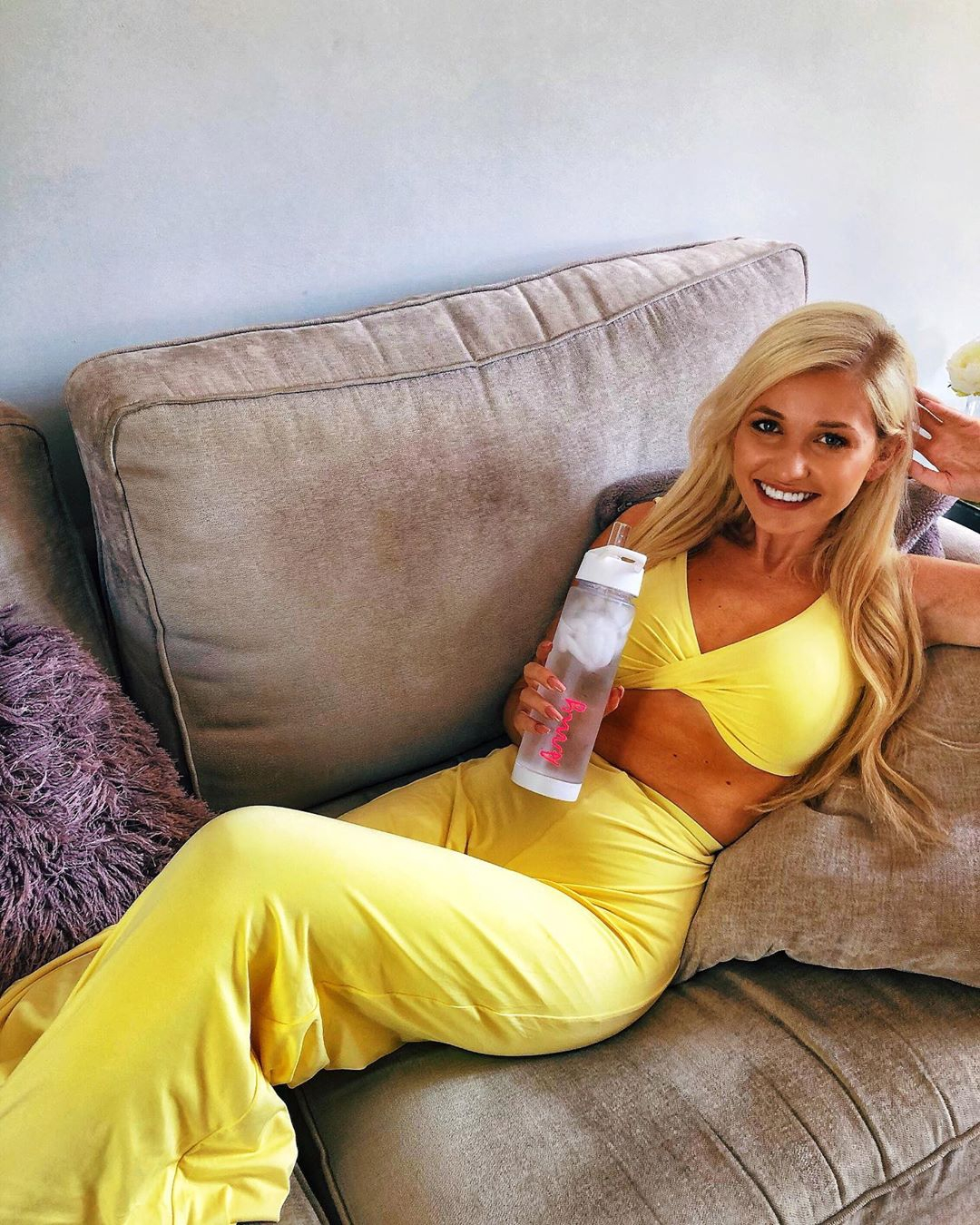 His co-star Kate Garraway tried to set the pair up after Amy had followed Alex on Instagram and sent in a funny video to GMB.

Amy said: “We’ll let the universe see if we align together.

"I love a laugh, so when that all came out and I recorded a message to him – I thought it was hilarious. 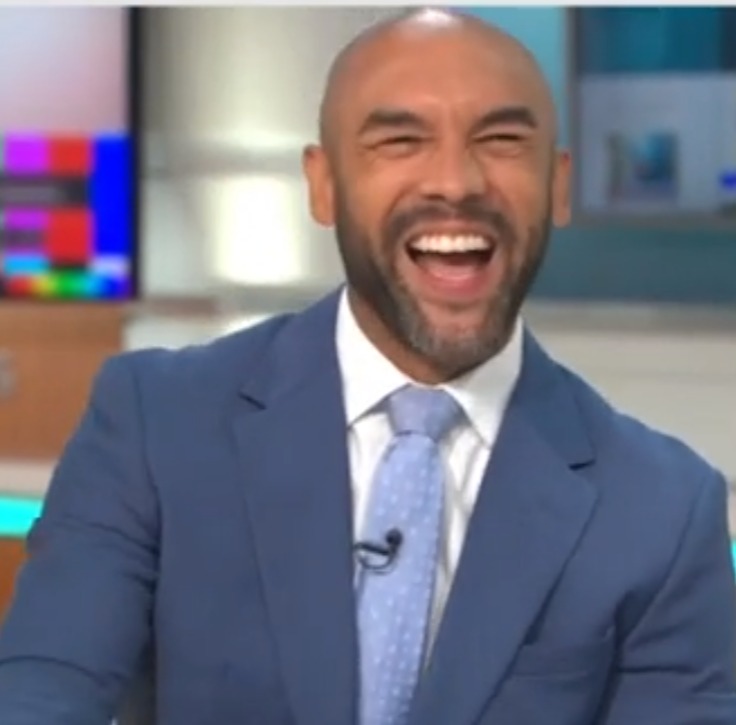 "I went on Twitter and saw people saying I was very needy. It was a joke; obviously it was a wind up between me and the producers of GMB. But let the universe decide.”

And if Amy's love life really is in the hands of fate, then her latest psychic reading means she won't be single for long.

Amy added: "She told me I need someone older and I’ll have two kids in
the next three years. She told me I haven’t met my soulmate yet.

“People have a perception of me that I don’t want to meet anyone and that I’m a strong single lady.

"That’s not the case at all. Freezing my eggs is like a back-up plan. I do want to meet someone and share my life with someone.”

Related posts:
WACKO MARIA Taps 'The Big Lebowski' So You Can Impersonate "The Dude"
Brits say favourite night in is spent in front of the TV with a curry
Popular News
Voters in Long Lines Offered Discounts by Restaurants
25/10/2020
Man Utd wonderkid Ramon Calliste, called ‘the next Giggs’, now owns luxury watch business and makes £5m a year – The Sun
26/03/2020
Megan Thee Stallion Addresses Criticism Over Twerking: ‘I Love to Shake My A**’
26/03/2020
Police guard shops to stop coronavirus panic-buyers and enforce social distancing – The Sun
26/03/2020
Coronavirus: Good Morning Britain’s Dr Hilary reveals ‘game-changing’ self-testing kit
26/03/2020
Recent Posts
This website uses cookies to improve your user experience and to provide you with advertisements that are relevant to your interests. By continuing to browse the site you are agreeing to our use of cookies.Ok