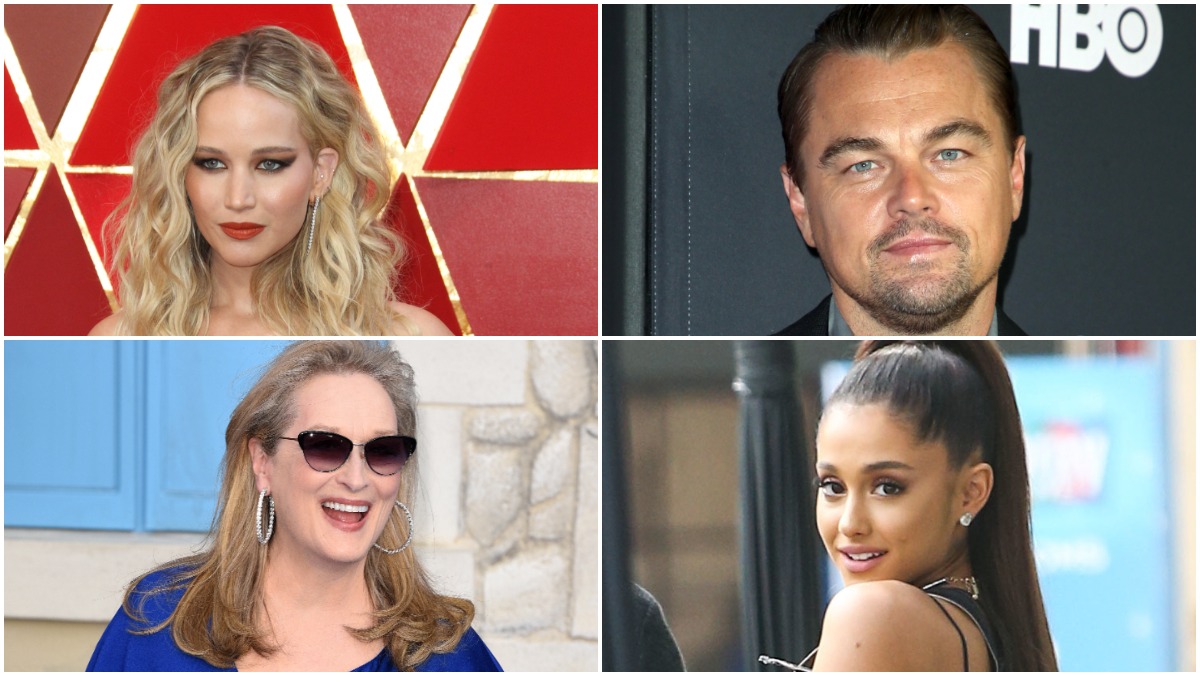 In partnership with Netflix, Adam McKay looks to have pulled off quite a coup by managing to persuade a tidal wave of some of Hollywood’s top talent to his new movie.

Don’t Look Up is scheduled to hit Netflix at some point in 2021, billed as a sci-fi comedy telling the story of two low-level scientists who discover a meteorite will hit the Earth in just six months.

The two scientists, played by none other than high-level actors Jennifer Lawrence and Leonardo DiCaprio, engage on a media tour of the world in an attempt to warn everyone.

Unfortunately, they’re met by a disbelieving world, who aren’t at all bothered by what they have to say.

To already have Lawrence and DiCaprio on board is really impressive, no? Especially when you consider DiCaprio is already working on Martin Scorsese’s period crime drama, Killers of the Flower Moon.

But wait until you read who else is in this movie. It’s got Meryl Streep, Ariana Grande (a big month for her as she’s also announced a new album), Cate Blanchet, Himesh Patel, Jonah Hill, and Timothee Chalamet. Wow!

As if that weren’t enough star power, we can also expect cameo appearances from Kid Cudi, Matthew Perry, and Tomer Sisley.

Adam McKay looking forward to working with such big talent

The brains behind the movie, writer-director Adam Mckay, took to Twitter yesterday to, quite rightly, boast about working with such an array of talented actors. He wrote: “Can’t wait to work with all of these talented actors.” 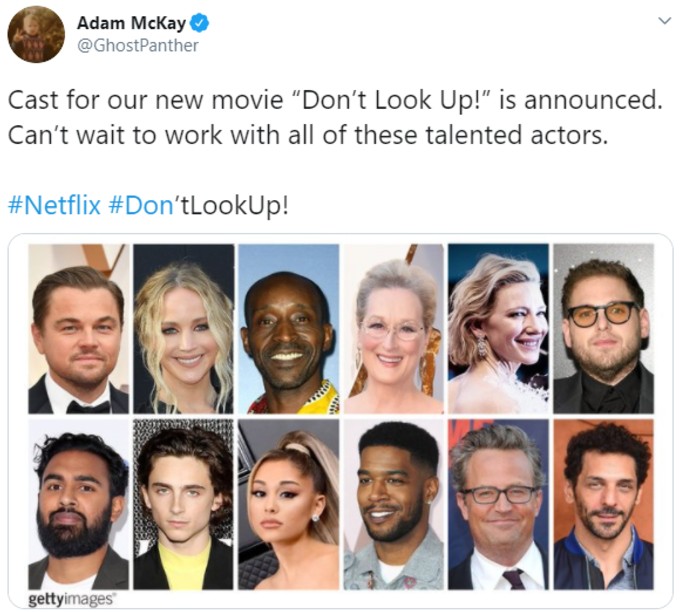 Fans quickly commented about the impressive line-up. One Twitter user pointed out there were at least nine Oscar winners in the photo that McKay posted and a ton of nominations.

Fans joked about all the stars in Don’t Look Up

Twitter users took the opportunity to make jokes, with many asking McKay if he couldn’t have gotten more stars as he appeared to be lacking any talent.

Steven Weintraub of Collider wrote: “Not sure you cast enough great actors. Next time try harder.”

And another user joked that they recognized Ross from Friends but wondered who the others were.

“I recognize Ross from Friends, but who are the others,” they wrote. Matthew Perry, of course, played Chandler Bing in that particular hit 90s sitcom.

Can’t wait for Don’t Look Up to come out? Then see what other great comedies are currently available on Netflix by checking out this list of the top 20 best comedies compiled by Monsters & Critics.