A Place in the Sun: Guest stops viewing of property

Scarlette Douglas was tasked with finding a holiday home for Karen and Paul on A Place in the Sun but the couple proved difficult to please. The Channel 4 property expert focussed the search on Spain’s Mijas Costa and was left mortified when the couple brought the final viewing to a halt before they’d had the chance to see the entire property.

Karen and Paul were looking for a two-bedroom apartment with a communal pool with a budget of £145,000.

Scarlette didn’t get off to a great start and the couple immediately ruled out the first offering.

The next two apartments offered Karen and Paul the indoor space they were looking for but they admitted outside space was a priority and rejected both properties.

However, the Channel 4 presenter finally found herself a contender with the third offering she showed the pair.

Scarlette suggested the couple investigate the apartment on their own and the pair fell in love with what the property had to offer. 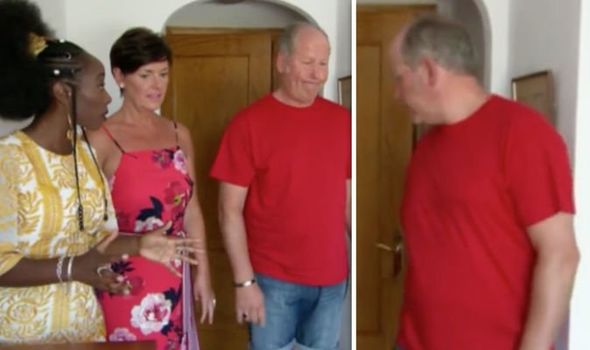 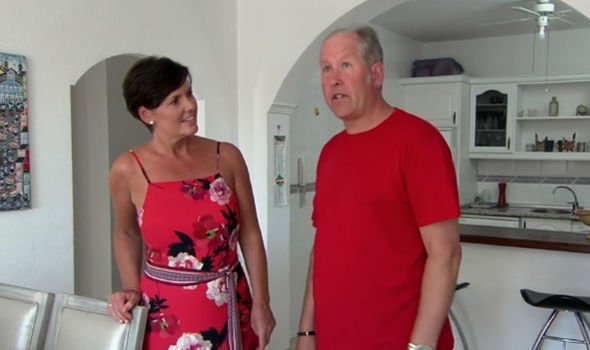 “Apart from a couple of odd pieces this is the one for me,” Paul told the presenter.

“I think you’ll be hard pushed to beat this one, it ticks a lot of boxes.”

Scarlette’s fifth and final property got off to a disappointing start with its outside space offering and the £158,000 price tag didn’t help.

Once inside the apartment, Karen observed: “It’s smaller and is it a wee bit darker?”

“It does feel a bit darker here, it does take a while for the sun to get over that side but you do have the terrace on the other side that will give you the morning sunshine,” Scarlette explained. 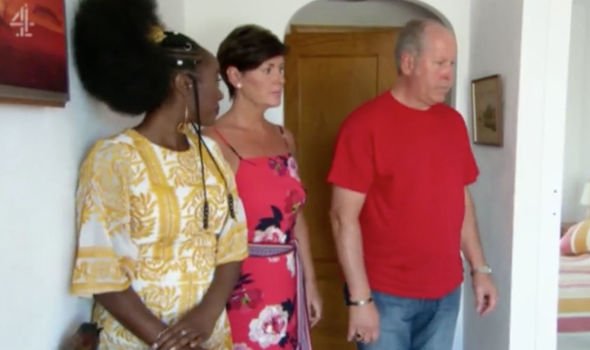 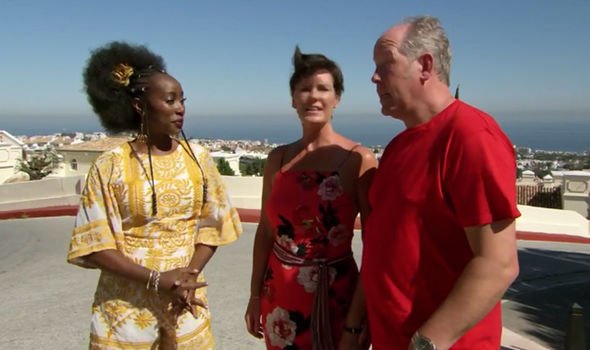 “I remember when I met up with you on that fourth one you were animated, you were excited and then in here it’s gone the other way,” Scarlette commented.

“This has given us a dilemma but at the moment, no,” Paul said.

The property included a master bedroom with an ensuite bathroom and access to a terrace but this wasn’t enough to convince the couple.

“I thought for the budget it was going to wow me and it’s not,” Karen added. “I’m just not feeling it.”

“So do you want to keep looking around or are you done?” Scarlette asked.

“No,” Paul stated and the gobsmacked presenter hit back: “You’re done? Karen?”

“I would have had a look around but there’s no point,” she replied.

Reflecting on the property search, Paul said: “We’re going to go in with a small offer to start with because it needs some stuff for us to do, £118,000.”

“Wow, that’s quite under,” Scarlette replied and Paul justified: “The bedrooms needed work and one of the bathrooms.”

Although the couple were keen to purchase the property, they couldn’t agree on a price with the owners and missed out on the apartment.

However, Scarlette was pleased to announce the couple returned a month later and bought another apartment in the same location.

A Place in the Sun airs on weekdays on Channel at 3pm.