A Place in the Sun: Jasmine is shocked at couples comments

Kay and Barry joined A Place in the Sun’s Jasmine Harman in Jerez, Spain on Friday’s episode as they searched for their dream holiday home in sunnier climates. The husband and wife had spent plenty of time in the destination, applauding it for being an “authentic Spanish town” and were hoping to find a place right in the thick of the action while still having the privacy the two desired. With a rather tricky task on her hands, Jasmine still managed to head into their final meeting with one contender in the running – or so she thought.

After showing Kay and Barry around five properties in Jerez, the husband and wife duo had decided it was the final option which had piqued their interest.

So much so, the three-bedroom apartment in San Pedro that Jasmine had shown them as their final option appeared to be their only contender.

Barry agreed with his other half after viewing the apartment: “Yeah, it’s my favourite as well.” 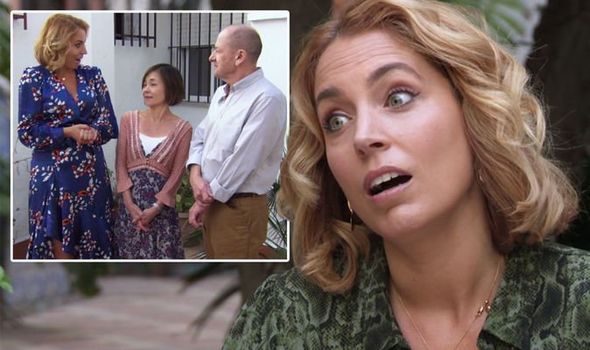 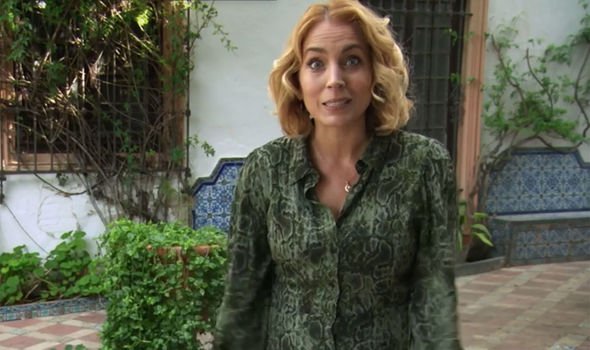 “The size is just right,” Barry added, with Kay going on to compliment the surrounding views before they both claimed it was the “only one in the running”.

However, with an offer appearing imminent, when Jasmine reconvened with the two the following day, she was gobsmacked to learn they had ruled it out.

“We have changed our mind,” Kay told Jasmine as they gathered to discuss their next steps.

Jasmine sat open-mouthed upon discovering the two’s decision before they clarified: “We’re going to go back to number one property.” 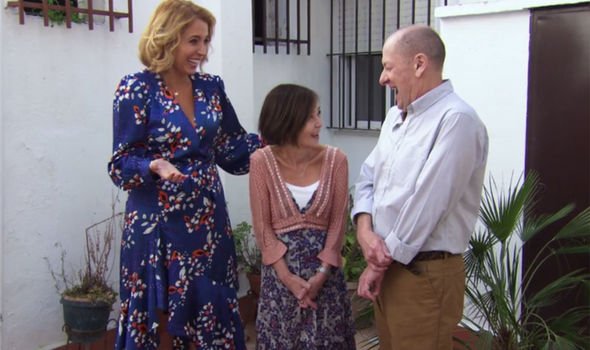 This first property was an equally impressive one-bedroom penthouse apartment based in the town of San Miguel and was on the market for £117,000.

“Gosh, so that’s a bit of a turnaround, isn’t it?!” Jasmine exclaimed.

Barry explained the dilemma between the two properties was almost like a “head and heart thing”.

Jasmine just about regained her composure to move on with the discussion when Barry and Kay declared they were willing to make an offer.

DON’T MISS:
A Place in the Sun: Ben Hillman stunned by fussy buyer’s huge U-turn
A Place in the Sun’s Laura Hamilton devastated as huge risk backfires
A Place In The Sun’s Scarlette took property job after stark warning

However, the process was far from plain sailing as their first offer of £100,000 was rejected outright, with the owner refusing to even come back with a counteroffer.

Jasmine explained: “He said it’s a bit low, unsurprisingly. He said you’d rather come back with another offer to him rather than a counteroffer.”

Barry was understanding as he decided to up the offer to £103,000, which brought a rather nervous laugh from Jasmine as she declared: “He’s a tough negotiator.”

Once more, this was rejected by the owner but they were given a counteroffer of £109,000.

Barry and Kay still refused to meet the owner’s demands, however, and instead put forward £105,000 as their “last, last” offer.

Luckily for the two, the owner eventually accepted the offer and the pair’s U-turn paid off as they landed their dream holiday home.

Still stunned by the events, Jasmine commented: “You get it for that price, that will be the deal of the century, to be honest.”

“I can’t believe it,” Jasmine said to Barry and Kay before telling Channel 4 viewers: “That completely took me by surprise, a last-minute change of property.”

A Place in the Sun continues weekdays at 3pm on Channel 4.