Home » TV and Movies » '90 Day Fiancé: The Other Way': Sumit's Parents Try to Shame Jenny Into Leaving Their Son

'90 Day Fiancé: The Other Way': Sumit's Parents Try to Shame Jenny Into Leaving Their Son

Sumit’s parents repeatedly lambasted Jenny Slatten about her age difference with their son on 90 Day Fiancé: The Other Way. And after refusing to accept her as part of the family, they flatly told Jenny she should be ashamed of herself. 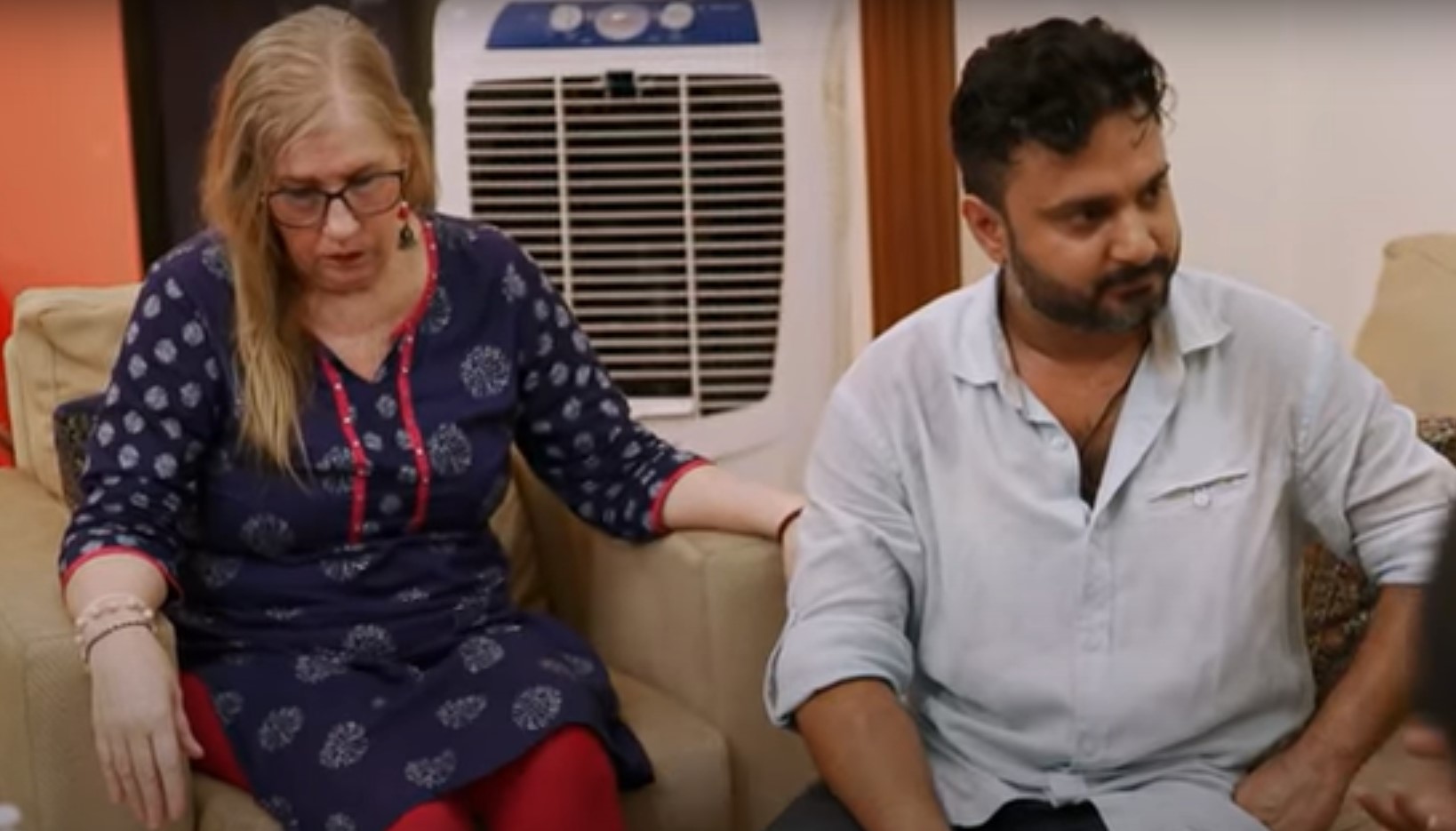 Jenny and Sumit have a 31-year age difference

As seen on their debut season of 90 Day Fiancé: The Other Way, Sumit and Jenny met online nearly a decade ago. Sumit catfished Jenny into believing he was a 25-year-old English man named Michael Jones.

At the time, Jenny was a 50-something divorcee. And after talking to Sumit/Michael for a few months, she didn’t so much mind the age difference.

“I was skeptical, like why was he choosing me, especially when he was half my age, ” she told producers. “But I just went along with him.”

When their relationship started getting serious, Sumit came clean about his true identity. Jenny, 63, and Sumit, 32, have been together since then. But their age difference remains a significant issue for Sumit’s parents.

Sumit has since been divorced, but his parents still refuse to accept Jenny. When talking to him earlier this season on 90 Day Fiancé: The Other Way, Sumit’s father scolded him for choosing to be with someone older than him.

In one of the final episodes of the season, Sumit and Jenny faced Sahna and Anil. The tense discussion started with Sahna demanding her son to come home with her. But when he refused and announced his plans to marry Jenny, Sahna and Anil began taunting Jenny about her age.

“Do you like this, this young kid?” Sahna asked Jenny. “A son, younger than your daughter? You have a relationship with him. Shame — You should consider him to be like your son, treated him as if he’s your son, not like a potential husband.”

But Jenny was not having any of it. She insisted she loved Sumit despite their age difference and refused to justify it any further.

Ultimately, Sahna threatened to take her own life if Sumit got married. He canceled the wedding plans and decided to look for alternate ways to keep Jenny in the country. Fans will get to see the aftermath of the heated discussion on the 90 Day Fiancé: The Other Way Tell All.

Related posts:
Lily Allen & David Harbour Couple Up for Date Night in London
Surrey has Britain's worst broadband
Popular News
Trump to hold farewell event at Andrews before leaving DC
16/01/2021
Man Utd wonderkid Ramon Calliste, called ‘the next Giggs’, now owns luxury watch business and makes £5m a year – The Sun
26/03/2020
Megan Thee Stallion Addresses Criticism Over Twerking: ‘I Love to Shake My A**’
26/03/2020
Police guard shops to stop coronavirus panic-buyers and enforce social distancing – The Sun
26/03/2020
Coronavirus: Good Morning Britain’s Dr Hilary reveals ‘game-changing’ self-testing kit
26/03/2020
Recent Posts
This website uses cookies to improve your user experience and to provide you with advertisements that are relevant to your interests. By continuing to browse the site you are agreeing to our use of cookies.Ok