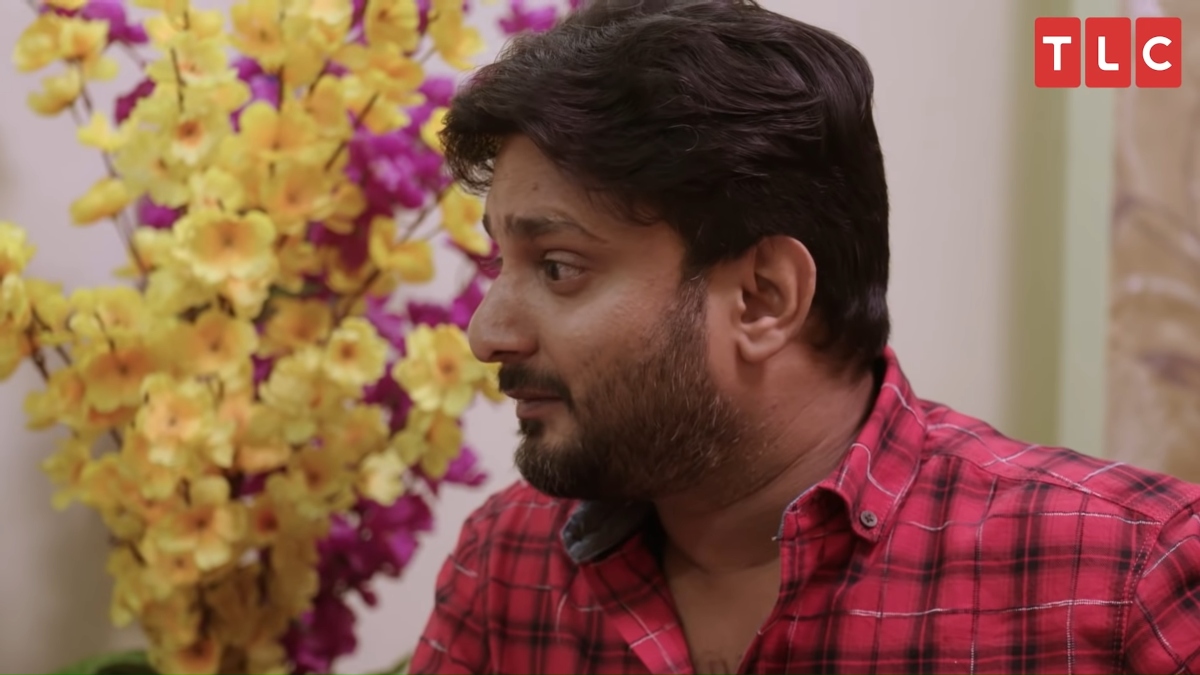 Things are about to get really tense between Sumit and his parents when 90 Day Fiance: The Other way returns for the second half of Season 2.

In a new confrontation teased by TLC, Sumit faces off with his parents over his relationship with Jenny. He wants them to accept her and understand that they are in love.

But it becomes pretty clear that they are very set in their ways and they really can’t come to terms with his May-December romance.

Sumit’s dad tells his son that his relationship is “downright odd.” And while it is a bit unusual, can you really argue with true love?

If you’re Sumit’s parents, the answer is yes. And argue is exactly what they did.

His mom questioned his loyalty to family. She said, “You are only concerned about your happiness. What about your parents’ happiness?”

“I got married thinking about your happiness,” Sumit shot back. “I listened to you and went through with an arranged marriage. You thought it would be a good idea but it wasn’t.”

“Mummy, I was dying!” Sumit told his mom while trying to hold back tears.

But the admission didn’t soothe Sumit’s pain. Instead, the 90 Day Fiance star got angry. He drilled his parents, wanting to know why they didn’t help him.

“We did everything for you,” his mother insisted. “We let her go.’

But Sumit was upset that they didn’t let her go until he took action. In fact, he might still be married to that woman if he hadn’t moved Jenny to India and started secretly living with her.

This is when things get dark.

Sumit told his parents that in the “2.5 years” after his arranged marriage, he stopped communicating with his parents about his feelings.

It’s pretty clear that Sumit’s parents understand that they made a mistake picking the woman for him that they did. But his father explained that shacking up with Jenny, who is more than twice his age, is a completely different problem for them than his unhappy marriage.

Sumit was upset because he believes that his parents care more about what other people think than how he feels.

“I told you three times that I wanted to commit suicide,” Sumit told his parents.

Knowing that it’s Jenny and only Jenny who makes Sumit happy, will his parents try to accept their relationship and let them be together in peace?

Related posts:
Demi Lovato Realized She Was Queer After Watching Selma & Sarah Michelle Kiss In ‘Cruel Intentions’
‘RHOD’s Brandi Redmond Reveals Daughter Brinkley, 9, Survived Car Crash: ‘I Am So Thankful’
Popular News
Why Did Miley Cyrus Announce 'Plastic Hearts' the Same Night Ariana Grande Dropped 'Positions'?
24/10/2020
Man Utd wonderkid Ramon Calliste, called ‘the next Giggs’, now owns luxury watch business and makes £5m a year – The Sun
26/03/2020
Megan Thee Stallion Addresses Criticism Over Twerking: ‘I Love to Shake My A**’
26/03/2020
Police guard shops to stop coronavirus panic-buyers and enforce social distancing – The Sun
26/03/2020
Coronavirus: Good Morning Britain’s Dr Hilary reveals ‘game-changing’ self-testing kit
26/03/2020
Recent Posts
This website uses cookies to improve your user experience and to provide you with advertisements that are relevant to your interests. By continuing to browse the site you are agreeing to our use of cookies.Ok