Juventus have approached Barcelona with a view to signing French attacker Ousmane Dembele, 23, on loan this summer. (Mundo Deportivo – in Spanish)

Rojo is set to return to United as the club go for a Champions League spot with Estudiantes coach Leandro Desabato admitting the defender is “unlikely” to see out his loan spell. (FM Radio Late 93.1 via Mail)

Bournemouth’s Ryan Fraser, 26, who is set to leave the club for free in the summer, could be one of the most in-demand players in the league. (The Athletic – subscription only) 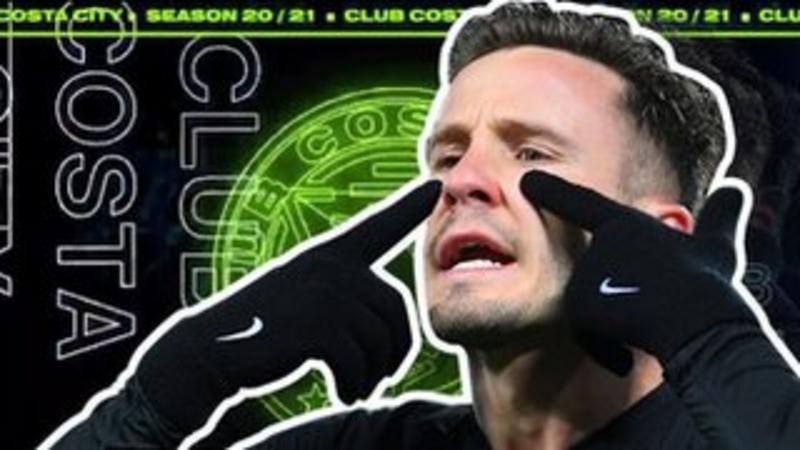 Viewers will be given the option of hearing fake crowd noise when the Premier League returns. (Mirror)

German ‘Mono’ Burgos, 51, confirms he will leave his role as assistant coach at Atletico Madrid at the end of the season to pursue a career as a head coach. (Marca)

Argentine football legend Diego Maradona, 59, will remain as coach of Argentine side Gimnasia y Esgrima until the end of the 2020-2021 season after extending his contract. (Reuters)

A group of Manchester City supporters will vent their anger towards Uefa on Friday by unveiling a huge banner protesting against the governing body’s treatment of the club. (The Times)

PEP GUARDIOLA sees Barcelona full-back Nelson Semedo as an ideal option to turn up the heat on Kyle Walker.

Manchester City are eyeing up the Portuguese defender and could offer his countryman Joao Cancelo in a swap deal. 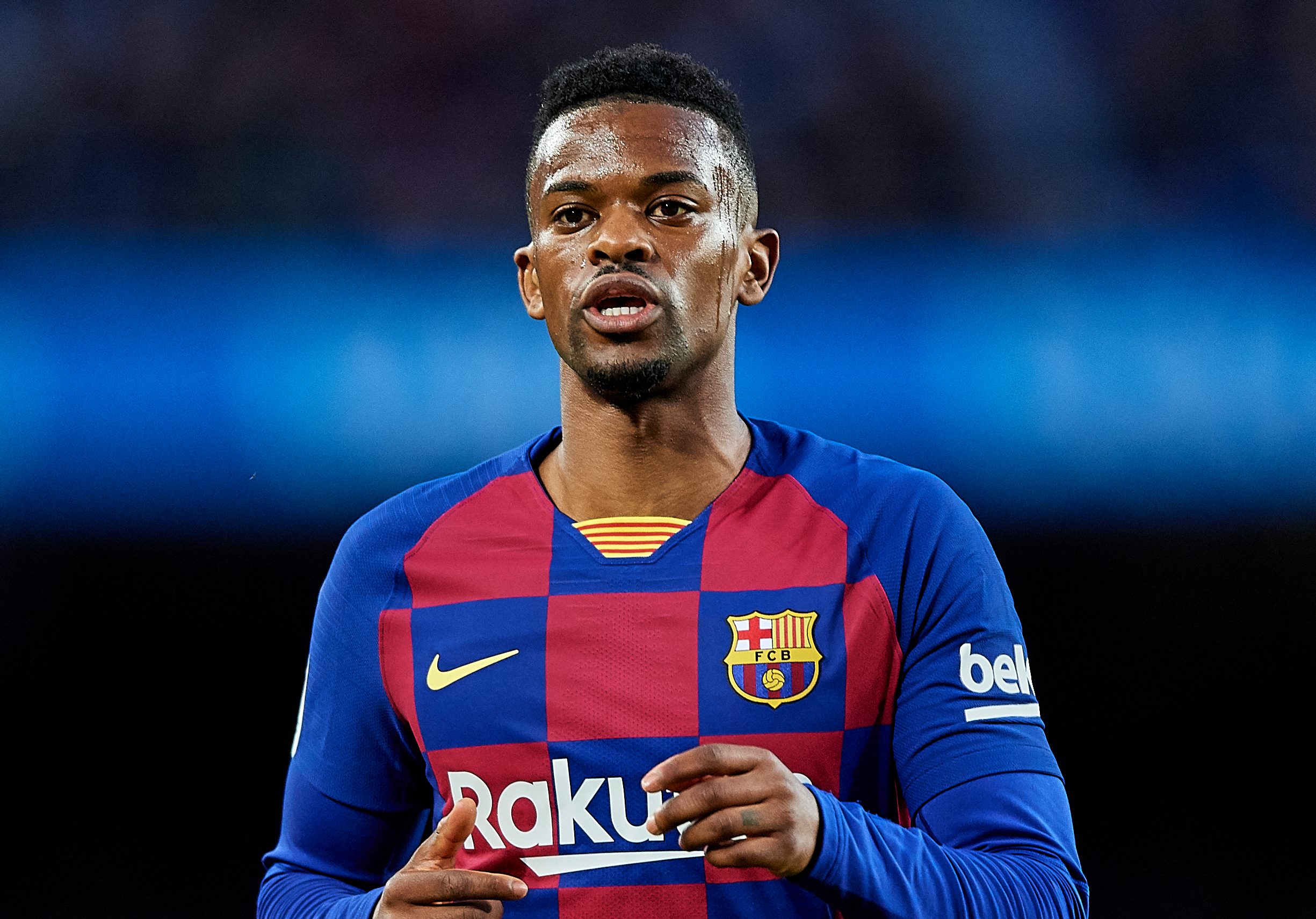 Guardiola hoped the 26-year-old £60million signing from Juventus last summer would provide the competition which he believes Walker needs.

But it has not worked out for Cancelo – as he started just eight Premier League matches before the competition was halted.

JUVENTUS are in ‘advanced transfer talks’ to sign Arthur from Barcelona in a blow to Tottenham's chase for the "next Xavi".

The 23-year-old talent has been compared to Barcelona's legendary midfielder and is thought of highly at the club. 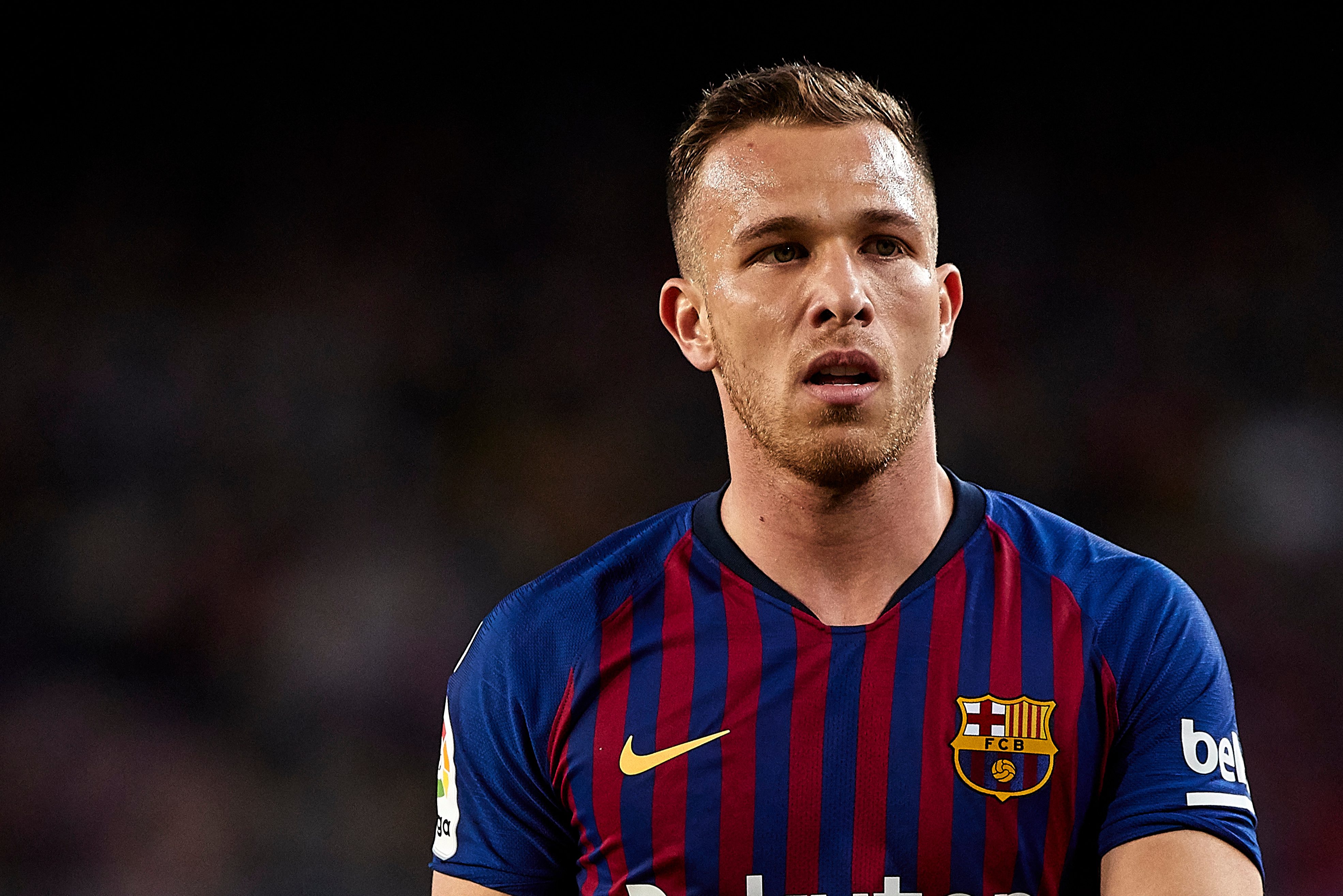 According to Mundo Deportivo, Juventus are in advanced talks with Barca for the Brazilian ace's signature.

The midfielder is reportedly willing to depart from the Nou Camp for a decent sum of cash and Juve boss Maurizio Sarri views Arthur as key to developing his football philosophy in Turin.

Juve are said to have made a generous offer given that the midfielder has a fairly low salary, having arrived at the Nou Camp at 21-years-old.

This comes as a major blow to Spurs who have been searching far and wide to sign a midfield prodigy by the summer.

The North Londoners were reportedly willing to offer a player plus cash for the "new Xavi".

Arthur arrived at the Catalan giants from Brazilian side Gremio in 2018 for £27million.

His contract expires in 2024 and when asked about a move away last week, he said he was keen to stay with the La Liga side for a long time.

The Brazilian's girlfriend also cast doubt over a move away from Spain by recently starting Catalan lessons.

And boss Quique Seiten is said to highly rate Arthur for his technical ability despite the midfielder only making 12 La Liga starts and scoring three goals this season.

Inter Milan have also been sniffing round the Barca ace and will almost certainly be able to offer the attractive prospect of Champions League football over Spurs next season.

Earlier in the year, Arthur told Italian outlet TuttoSport: "For any player it is a pride that they associate their name with clubs as important and recognised worldwide as Inter, and with a great coach and an impressive squad.

"However, my head is only thinking of Barcelona, ​​I am very comfortable in the club and in the city and I have been a Barça player for many years."

But Barca are struggling financially amid the coronavirus crisis which may mean they are forced to cash in on the former Gremio man.

The club are thought to be looking to raise enough cash to spend on their other transfer targets and are therefore trying to flog some of their valuable assets.

Nigerian striker Odion Ighalo, 30, will have to take a £200,000-a-week pay cut if he wants to turn his loan move to Manchester United from Chinese Super League side Shanghai Shenhua, where he was on £300,000-a-week, into a permanent switch. (Daily Star)

Chelsea will have to pay £5m if they want to sign Derby County’s 19-year-old English midfielder Max Bird, who impressed Blues boss Frank Lampard when he was manager of the Championship club. (Football Insider)

Croatia midfielder Ivan Rakitic, 32, has criticised Barcelona’s treatment of him and says he refused to move to Paris St-Germain last year as part of a deal to bring Brazil forward Neymar, 28, back to the Nou Camp. (Mundo Deportivo, in Spanish)

Real Madrid plan to keep 22-year-old Serbia striker Luka Jovic, who has attracted interest from Arsenal. (AS, in Spanish)

France forward Ousmane Dembele, 22, is set to stay with Barcelona as no club is willing to meet his 60m euro (£52.3m) asking price. (Marca)

MANUEL NEUER has rejected a new Bayern Munich contract because he wants a five-year-deal, according to reports.

The news will come as a huge boost to Chelsea who are reportedly keen on signing the German if they can get rid of Kepa. 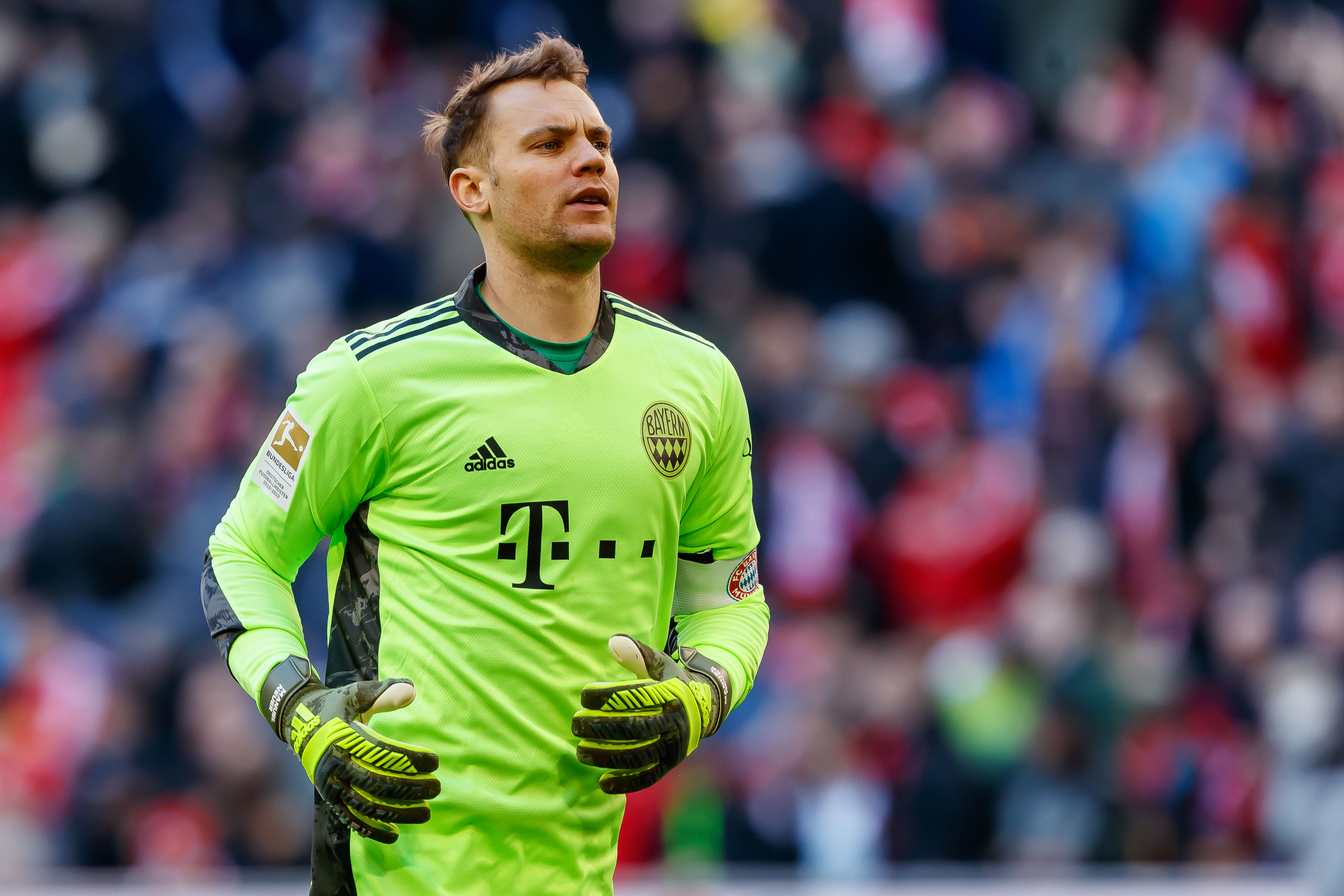 Neuer is already considering ditching Bayern because the German giants have a deal to bring in Schalke shot-stopper Alexander Nubel, 23, from next season.

But the Bundesliga champions offered their long-serving captain a new deal regardless.

However, 34-year-old Neuer has turned it down as he wants a contract that would see him play on until he is 39, according to German outlet Bild.

Bayern have offered the stopper a deal until 2023 but are wary of offering a longer term as that would see Nubel on the bench for the full length of his contract.

REAL MADRID have joined Arsenal in the race to sign Dayot Upamecano, according to reports.

The RB Leipzig defender is set to hand in a transfer request if his £55million release clause is not activated this summer. 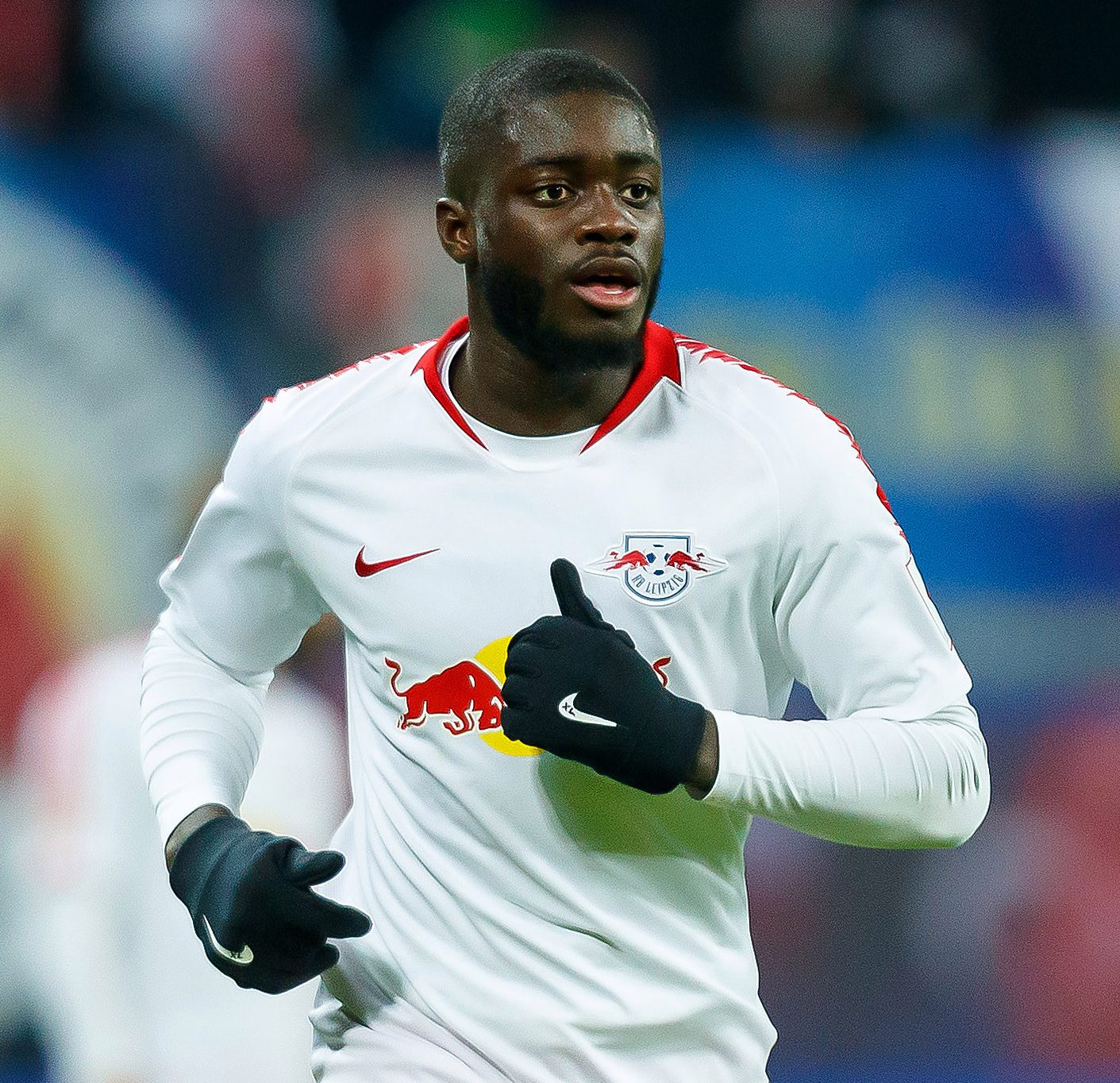 According to AS, Madrid are the latest team to indicate their interest in the 21-year-old.

Madrid will have to activate Upamecano's £55million release clause to secure his signature this summer.

But the Spanish giants will face competition from the Gunners, Barcelona and German side Bayern Munich.

During an interview with RMC Sport last month, Upamecano confirmed he will make his decision at the end of the season.