A loyal pit bull has been pictured laying by its murdered owner’s side even as police comb the crime scene in Mexico.

Photographs show the heartbroken dog leaning against its owner’s body in the middle of a road in the city of Guadalajara in the western Mexican state of Jalisco.

The victim, thought to be 25 years old, was found at a crossroads after concerned passersby called the police.

People living nearby had heard a number of gunshots go off on the morning of Monday, May 18. 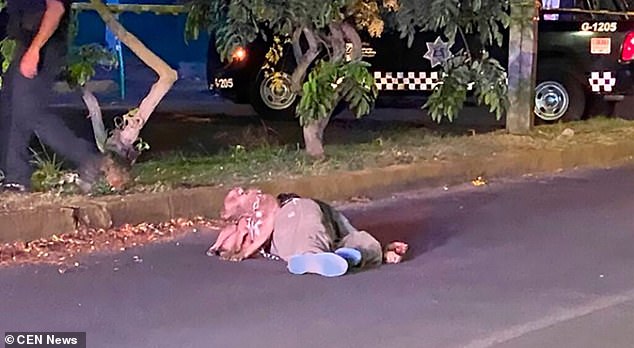 Photographs show the heartbroken dog leaning against its owner’s body in the middle of a road in the city of Guadalajara in the western Mexican state of Jalisco. Police can be seen carrying out their investigations in the background

The man suffered multiple bullet wounds, including one on the face, and lay in a pool of blood.

It is thought he had died instantly and paramedics on the scene could do nothing to save him. They confirmed his death on arrival.

Meanwhile, the victim’s pit bull dog was found sitting next to its owner’s dead body. 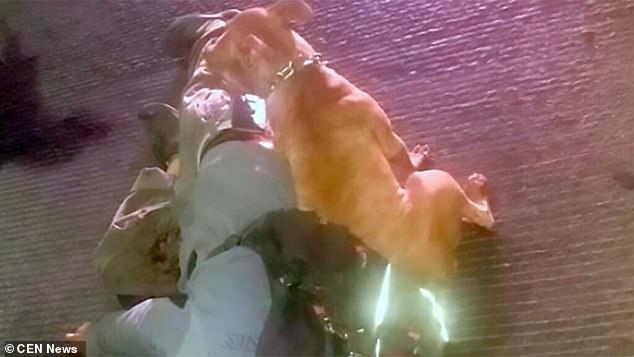 In the photos, the pooch is seen resting against the corpse as police officers carry out their investigation in the background.

It almost appears to be standing guard as it sits next to its owner.

The whereabouts of the doting dog is now unknown but a police investigation is ongoing into the shooting.

New to streaming this week is director Annie Silverstein’s Cannes Un Certain Regard film from 2019, “Bull,” and according to IndieWire’s review, it’s “a few old cinematic chestnuts at once: a rascally youth shaken from empty rebellion by a world-weary new mentor, rodeos as a conduit for personal liberation, and casting non-actors in documentary-like settings…This evocative coming-of-age story, where black rodeos in rural Texas help an impoverished 14-year-old girl find her potential, stuffs conventional ingredients into a wondrous vision of life on the edge.” From Samuel Goldwyn Films, it’s now available to rent on AppleTV+ or FandangoNow.

But before Annie Silverstein brought the naturalistic “Bull” to France, she made a splash at the 2014 Cinéfondation sidebar in Cannes, where the jury was led by president Abbas Kiarostami, and included filmmakers such as Joachim Trier. Her short film “Skunk,” which IndieWire is exclusively premiering below, served as Silverstein’s graduate thesis film at the University of Texas, Austin, before winning the Cinéfondation’s 1st Prize Jury Award, and from a journey presided over by the iconic director of “Taste of Cherry.”

“I made ‘Skunk’ with a group of dear friends, a pack of rescued dogs, and two wonderful teenagers who put their all into the performances,” Silverstein said. “I wasn’t sure it would have a festival life to be honest; it was something personal I felt like I had to make. I remember sending off a DVD to Cannes, just regular mail, not feeling entirely sure it would arrive there, and then I forgot about it. So it was pretty shocking to hear it had been accepted.”

Silverstein said, “It was an incredible experience to screen our film there, and meet other filmmakers I admire from across the world. Abbas Kiarostami was the head of the jury. It was dreamlike in every way. Winning the jury prize opened doors for me in terms of finding support for my first feature ‘Bull.’ But more than anything, it gave me confidence to keep telling stories I felt a personal connection to, using an approach that feels natural to me, and that if I did that, there would be people who would connect with it.”

Like “Bull,” “Skunk” is a portrayal of life on the margins. The film centers on a young woman whose pit bull is kidnapped by an aspiring dog fighter, and so she must go out on her own to find her dog. Watch the film below.