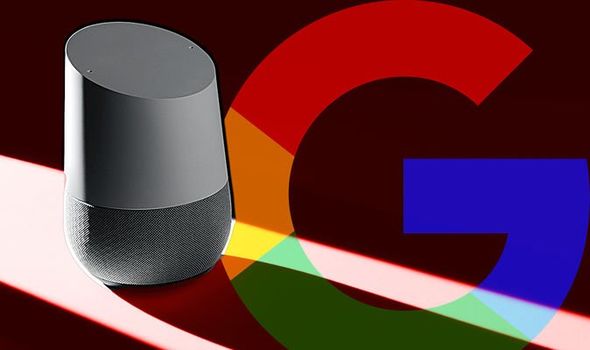 Google updated a number of its Google Assistant-enabled gadgets to listen-out for more than its wake phrases “OK, Google” and “Hey Google” – without telling anyone. Following the publication of a report by technology-focused blog Protocol, the Californian company has admitted to updating an unspecified number of Google Assistant-enabled devices to respond to other auditory cues – like the sound of a smoke alarm.

Like all requests to the Google Assistant, the audio triggered by these sounds was then sent to Google’s servers in the cloud to be processed.

According to Google, the update was quickly rolled back after it realised its mistake. Nonetheless, it’s a little disconcerting to know that Google can update its devices to listen out for new sounds without informing its users. It seems Google mistakenly rolled out an optional extra to detect “critical sounds” which was supposed to be reserved for those subscribed to the Nest Aware subscription plan.

This monthly Nest Aware plan adds a number of additional features to Google Nest-branded security kit, including smart smoke detectors, central heating systems, and cameras. It’s currently available in two subscription tiers: £5 a month includes 30-days of recordings – so you can check back on anything flagged as suspicious after the fact, and £10 a month. For that extra monthly cost, Google will double the deadline to 60-days and adds a 24/7 video history for 10 days, instead of only keeping movements flagged by Google’s AI systems.

A recent addition, tested in the United States, added the ability to leverage any Google Assistant-enabled devices to help keep an eye (or rather, an ear) out for unexpected disturbances at home when users are away. Announcing the feature at the time, Google said: “Your Nest speakers and displays will notify you if a critical sound is detected, like a smoke alarm or glass breaking, by sending an alert to the Home app. From there, you can hear an audio clip or listen live within the Home app to confirm the alarm.”

This is what Google accidentally enabled on an unspecified number of Google Home gadgets without a Nest Aware subscription – who hadn’t opted into the security feature. A spokesperson for Google told Protocol: “A recent software update enabled these alerts on some of our speakers that didn’t have a subscription, but we’ve since rolled that back.”

When asked whether this option would ever be available to Google Home owners without a Nest Aware subscription, Google declined to comment.

The news comes as a very similar feature on rival Amazon Echo smart speakers, known as Alexa Guard, was unexpectedly pulled for users across the UK. Amazon has offered compensation to a number of Echo users who relied on the feature to watch over their property and belongings when away from home.

For those with a Google Home, Nest Hub, or any other Google Assistant-enabled devices at home, the smoke alarm-detection feature should now have been removed from your devices. Buried in the support pages, Google does warn that its smart home devices can sometimes “incorrectly” record users even when the devices mistakenly hear something believed to be the wake phrase. But while that might be expected for anyone who puts live microphones into the rooms of their home, an update that causes the gadget to actively listen out for something you weren’t aware of – is a completely different issue.

Whether there is a privacy backlash from this error remains to be seen.