Home » Lifestyle » You could claim £500 cashback for the 4K TV you’ve just bought, this is why

You could claim £500 cashback for the 4K TV you’ve just bought, this is why 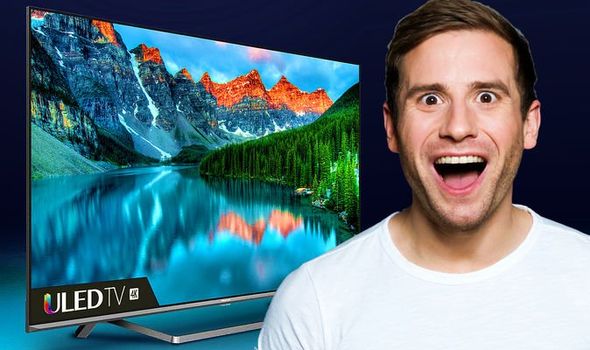 Hisense will launch its Summer Cashback reward scheme later this month. The blockbuster promotion offers cashback up to a value of £500 on new Hisense Smart TVs bought between June 17 and July 21, 2020. So, you could get a £500 refund on a television that you’ve already bought.

Unknowingly, you might’ve just bagged yourself one of the best bargains around.

Available from a number of the most popular retailers, including the likes of AO, Argos, Currys PC World, John Lewis and Amazon UK, Hisense is offering cashback offers across its new range of 2020 models. Starting with £100 cashback on its new entry-level 4K HDR models and increasing to a whopping £500 off the flagship 65-inch U8QF and U7QF models.

If your model is one of those handpicked in this promotion, all you’ll need to do is visit the Hisense Rewards website within 28 days after your purchase date and submit your claim with a copy of your receipt between July 15 and September 16, 2020. The website isn’t up and running quite yet, so even if you’ve got the shiny new 4K TV in the living room… you’ll need to wait a little bit before you can kickstart the cashback process.

Once your claim has been verified by the teams, Hisense will send over an email and the cashback sum will be transferred to your bank account within 28 days. Of course, the money doesn’t have to serve as a refund for the Smart TV …it could simply be a great way to treat yourself to a new soundbar, streaming set-top box, a wall-mount, or maybe even another new 4K TV for the bedroom. 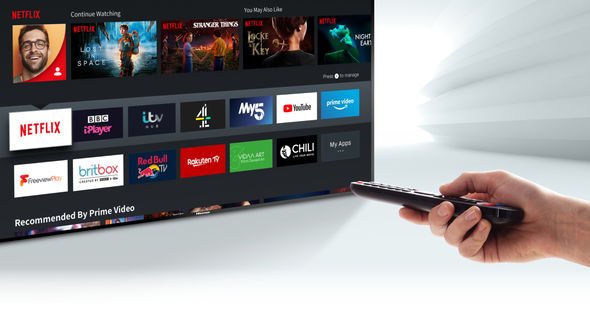 The Summer Cashback reward scheme for the 2020 models comes just a few weeks after Hisense revealed its latest slate of TVs.

The flagship gogglebox from this new range is the Hisense U8QF. It’s a ULED TV, which includes a quantum dot filter for deeper levels of contrast as well as support for HDR10+, HLG (a standard for HDR partly developed by the BBC) and Dolby Vision.

With all of these standards supported, there’s not a lot the Hisense U8QF cannot handle, whether you’re looking to take advantage of the Ultra HD and HDR streaming available at no extra cost from Disney+, or the recent HDR boost on Sky Q.

But it’s not just picture quality that the Hisense U8QF has in spades. The new set has a built-in front-firing JBL speaker. The vast majority of televisions – especially those at a more affordable price point – have down-firing speakers which result in a pretty muddled sound that’ll leave you saving for a soundbar within a few weeks of unwrapping your new telly. Whether the front-firing JBL speakers are good enough to save you the cost of soundbar, we’ll only know by having a listen.

But it’s certainly a better design than pointing away from your ears.

The U8QF starts from £1,099 for the 55-inch size and rises to £1,699 for the 65-inch size. Hisense TVs are stocked at Currys PC World, AO.com, John Lewis, and a number of other high street stores and online retailers.

There are plenty of more affordable options available – if you don’t need quite that much telly for your next binge-watch.

The Hisense U7QF series, which still offers Dolby Atmos compatibility and quantum dot filter bringing the same one billion vivid shades of colour, ships in 50-inch, 55-inch, and 65-inch sizes and starts from £899. Unfortunately, there’s no front-firing speakers, but that’s a small price to pay.

Only the 50-inch panel is on-sale at the moment, with the bigger sizes coming soon.

Below the U7QF series in the range are the A7500F and AE7400F, which ship in more humble sizes.

Starting from £449 for a 43-inch A7500F, and rising to £899 for a 55-inch. These come with Dolby Vision support and HDR10+ too, so you’ll still be able to experience higher levels of contrast between light and dark areas of the screen – so you won’t lose any detail in a movie scene when someone is in a darkened room, looking out of a small window to the brightly lit outdoors.

With its latest range of TVs, Hisense looks set on preserving its reputation as offering solid value TVs with the sort of specs and features other TV brands often offer at twice the price, like Dolby Vision HDR and even OLED panels.