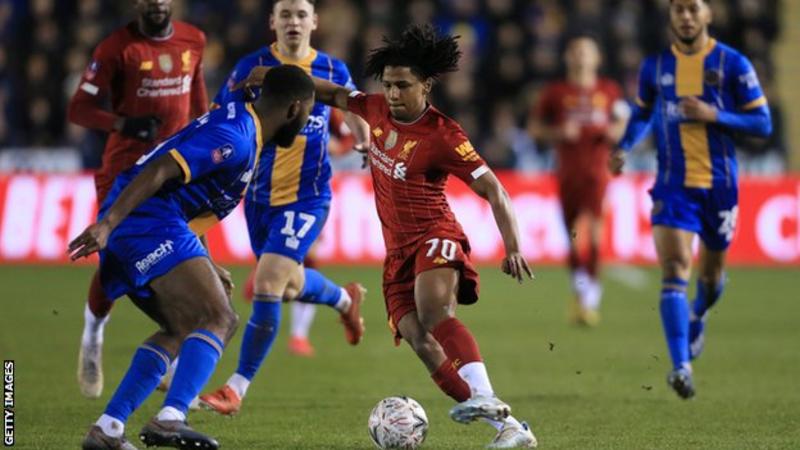 Liverpool defender Yasser Larouci is set to leave the club this summer, with Leeds United and Brentford among the clubs interested in signing him.

The 19-year-old has one year remaining on his Reds contract and is keen to get more first-team football.

He has made two first-team appearances for the Premier League champions – both in this season’s FA Cup.

Talks have taken place with Leeds and Brentford, who are both chasing promotion to the top flight.

Larouci, who was born in Algeria, joined Liverpool from French club Le Havre in 2017 as a winger, before switching to left-back.

He went on the team’s tour of the United States last summer and made his first-team as a substitute for James Milner in the FA Cup third-round victory over Everton in January.

He started the fourth-round match at Shrewsbury, which ended in a 2-2 draw, later that month but has not played for the Reds since.

Related posts:
Could immunity last 17 YEARS? SARS patients still have crucial T cells
Ski trips, cocktails, and exclusive groups: How Facebook made itself indispensable to advertisers and built an ad juggernaut
Popular News
Gov. Cuomo scolds Queens bars, NYPD over social distancing enforcement
09/08/2020
Man Utd wonderkid Ramon Calliste, called ‘the next Giggs’, now owns luxury watch business and makes £5m a year – The Sun
26/03/2020
Megan Thee Stallion Addresses Criticism Over Twerking: ‘I Love to Shake My A**’
26/03/2020
Police guard shops to stop coronavirus panic-buyers and enforce social distancing – The Sun
26/03/2020
Coronavirus: Good Morning Britain’s Dr Hilary reveals ‘game-changing’ self-testing kit
26/03/2020
Recent Posts
This website uses cookies to improve your user experience and to provide you with advertisements that are relevant to your interests. By continuing to browse the site you are agreeing to our use of cookies.Ok