WWE star Kevin Owens finally had his own WrestleMania moment as he leapt off the WrestleMania sign to elbow drop Seth Rollins through an announce table.

The two superstars were engaged in a brutal no disqualification clash in an empty arena at WWE's Performance Center because of the coronavirus crisis. 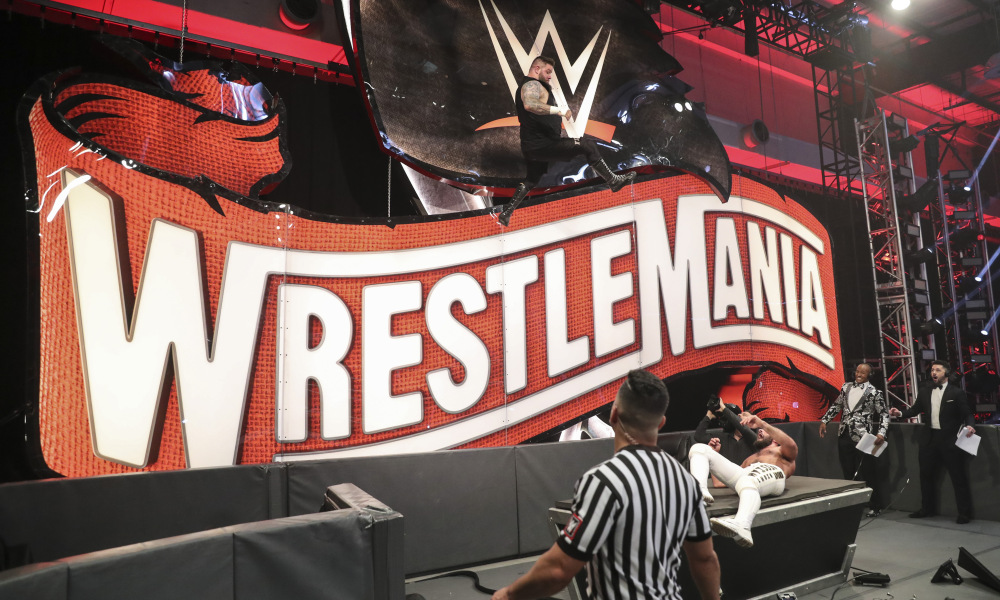 Despite initially being handed a win after Rollins had clocked him with a ring bell, Owens called for the match to restart and become No-DQ.

The Monday Night Messiah accepted and took control once more, blasting the Canadian with a steel chair several times.

However, Owens eventually had Rollins laid out on the announce table and left fans stunned by climbing the giant WrestleMania sign set up.

He then took a leap of faith off the sign and elbow dropped the Beastslayer through the table, and fans watching at home shared their awe on social media.

One said: "Gonna be replayed on all the Mania packages forever. Happy for Kevin."

Another said: "Amazing how these superstars put their lives at risk for the fans…just priceless."

A third added: "Match of the night by far!!"

Owens later hit a stunner on Rollins to secure the win in night one of WrestleMania 36.

Elsewhere, the Undertaker sent AJ Styles straight to hell as he claimed another impressive WrestleMania victory in what could be his final ever match at the Showcase of the Immortals.