TRAVEL addict Lauren Clarke embarked on a year-long mission to explore our own shores after realising she’d seen more of the rest of the world than Britain.

Although Lauren had been lucky enough to travel as far afield as Hong Kong and the US, much of the UK had not been on her bucket list. Here she describes her adventures – mainly by train armed with her trusty 26–30 railcard – from her London home to a different UK place once every month in 2019. 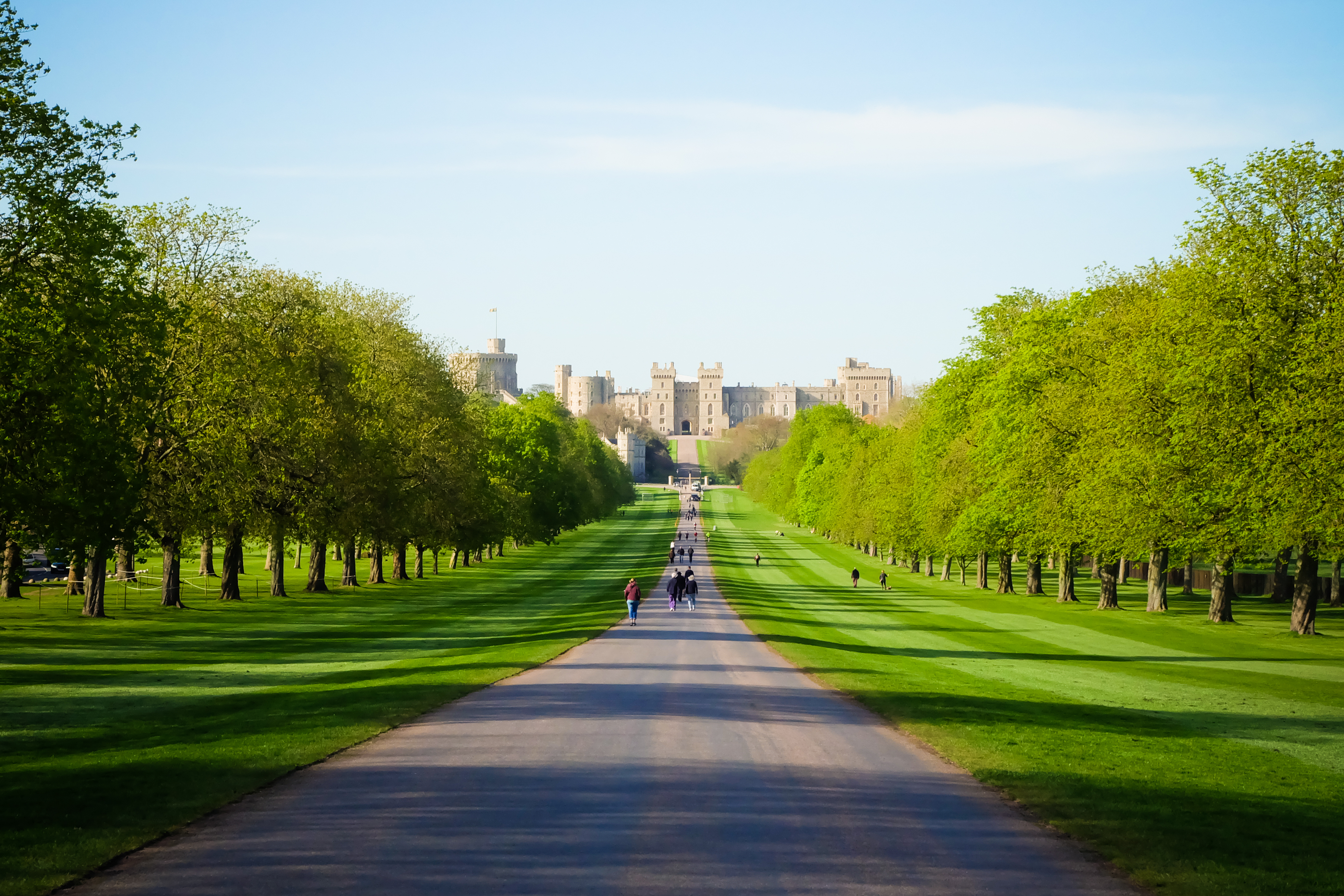 My first trip was a royal favourite. We started off with a roast at 18th-century pub The Two Brewers before walking it off on the Long Walk, the aptly named mile-long, tree-lined avenue that leads up to historic Windsor Castle.

Entry isn’t cheap (£21.20 for adults), but seeing Meghan Markle’s wedding dress up close and going inside St George’s Chapel where she married Prince Harry was worth it.

The street food market on the third weekend of the month is worth a visit. 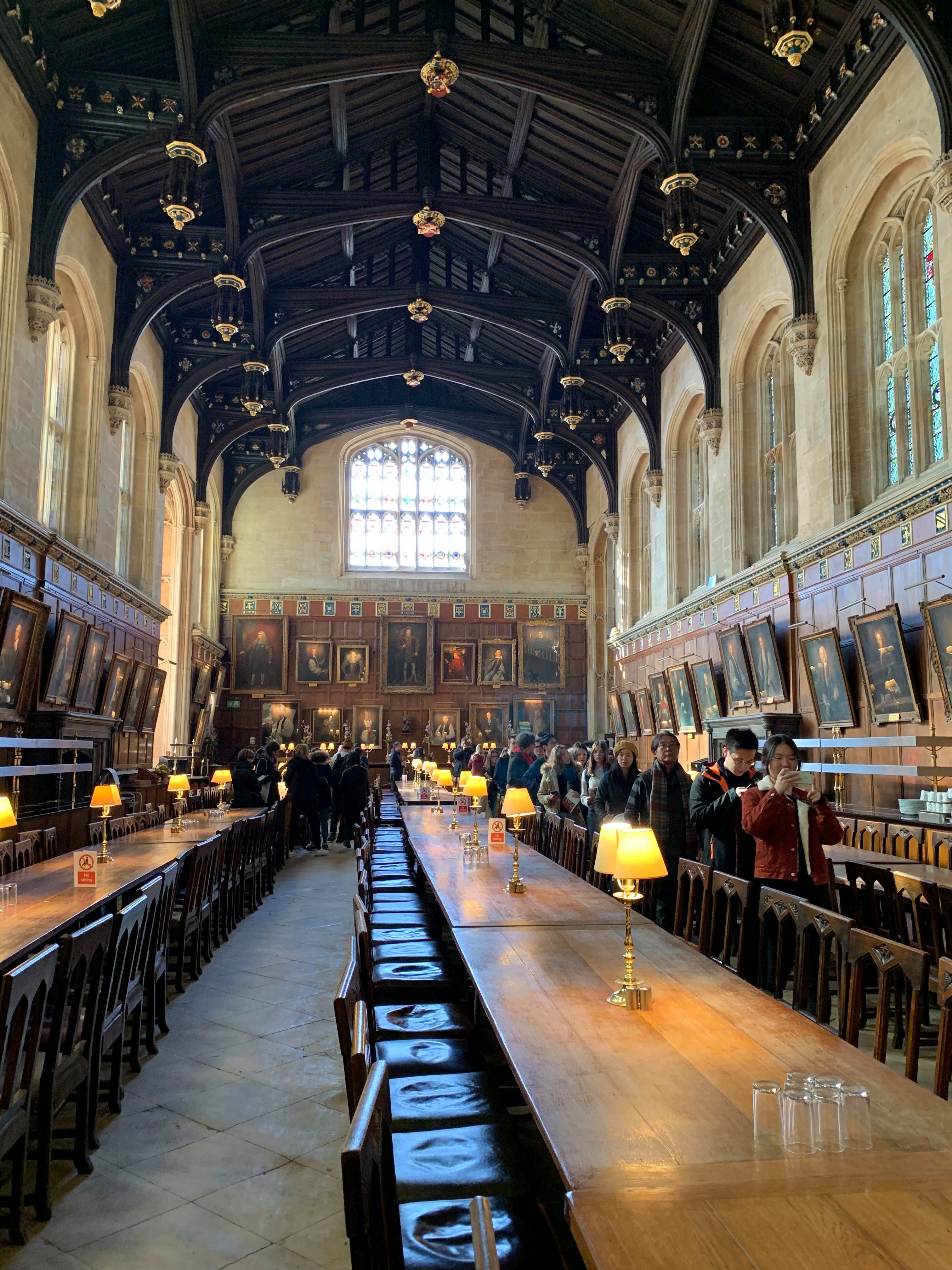 Another favourite for overseas visitors – the picturesque “city of dreaming spires” is now arguably more popular for Harry Potter fame than its prestigious university.

Our favourite college was the magical Christ Church (entry £15 for adults) – home to Hogwarts’ Great Hall.

We also ticked off the Ashmolean Museum (free entry), and took in the Bodleian Library and Bridge of Sighs. 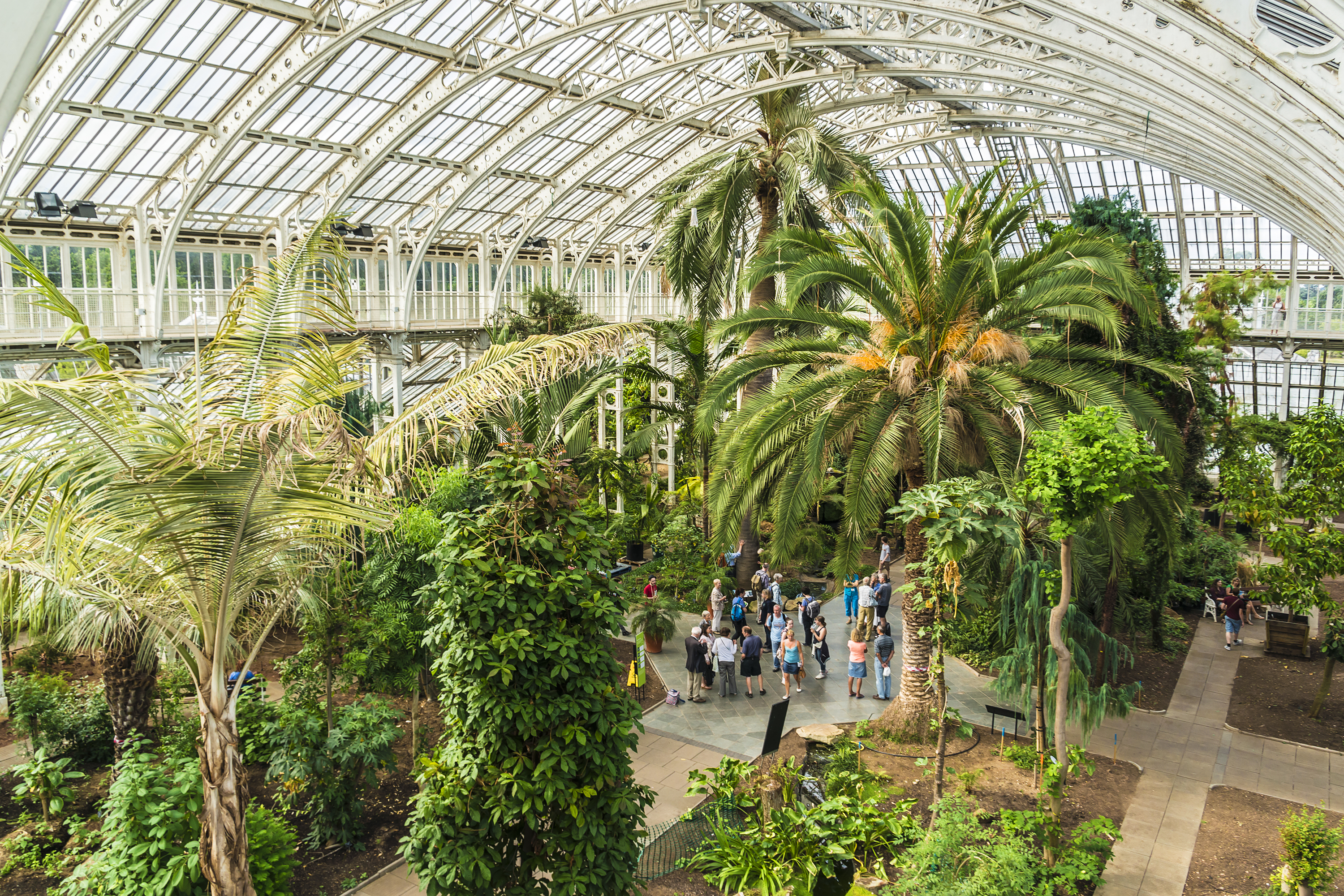 A Greater London attraction on my bucket list for years – the Royal Botanical Gardens at Kew (also a World Heritage Site).

There are more than 40,000 types of weird and wonderful plants in gigantic Victorian greenhouses on its 300 acres (£18 per adult).

We stopped off for a fluffy scone at the on-site cafe. Kew has some pretty pubs too. 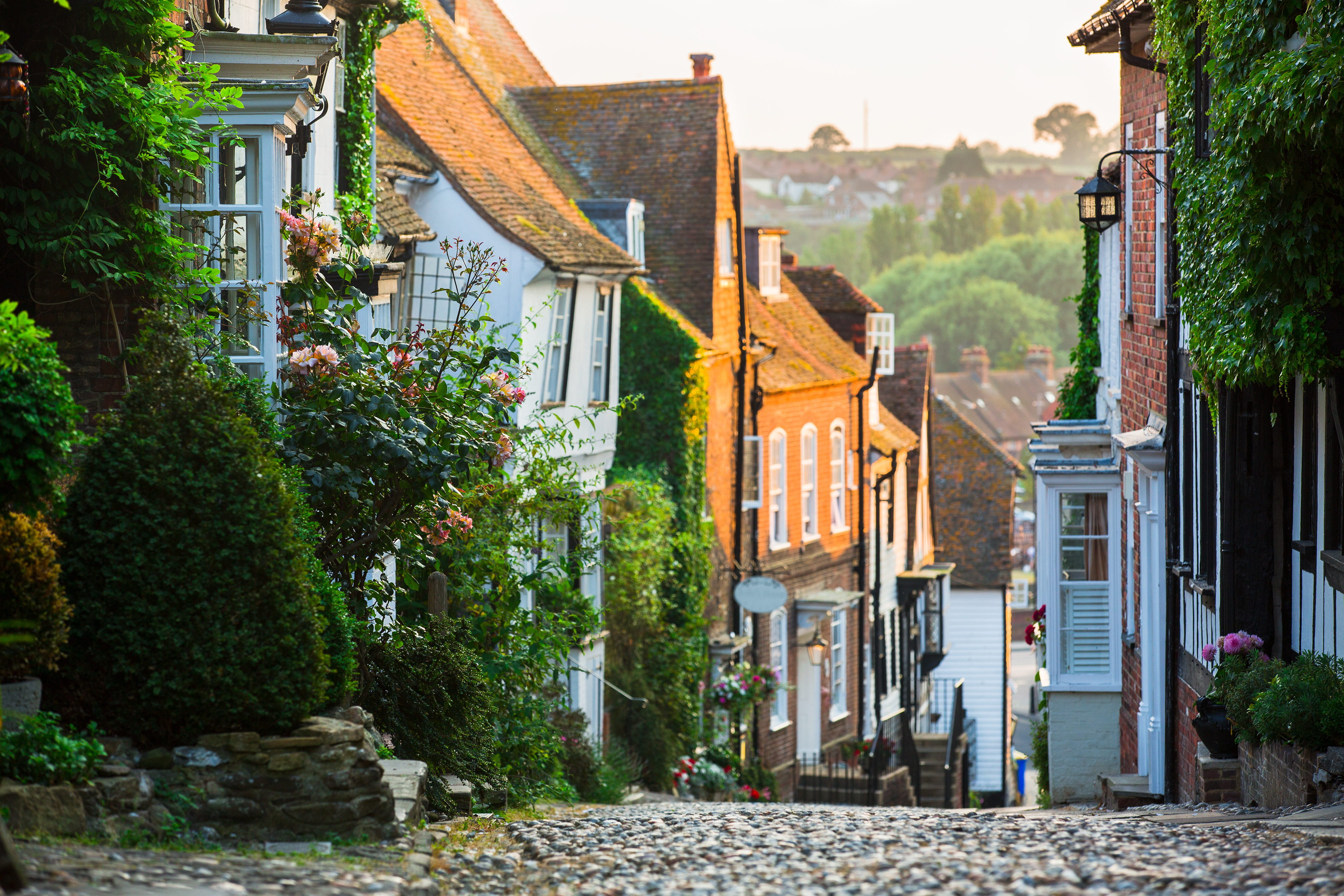 Another day trip – this time to the picturesque cobbled medieval town in East Sussex.

We took enough photos on postcard-perfect Mermaid Street (Google it!) to rival a Vogue shoot. Fish and chips at The Ship Inn was followed by a wander around 16th-century Lamb House, once home to writer Henry James (entry for adults £7.90). Try a local beer at the Rye Waterworks micropub.

We finished off the day on the beach at Camber Sands. Bliss. 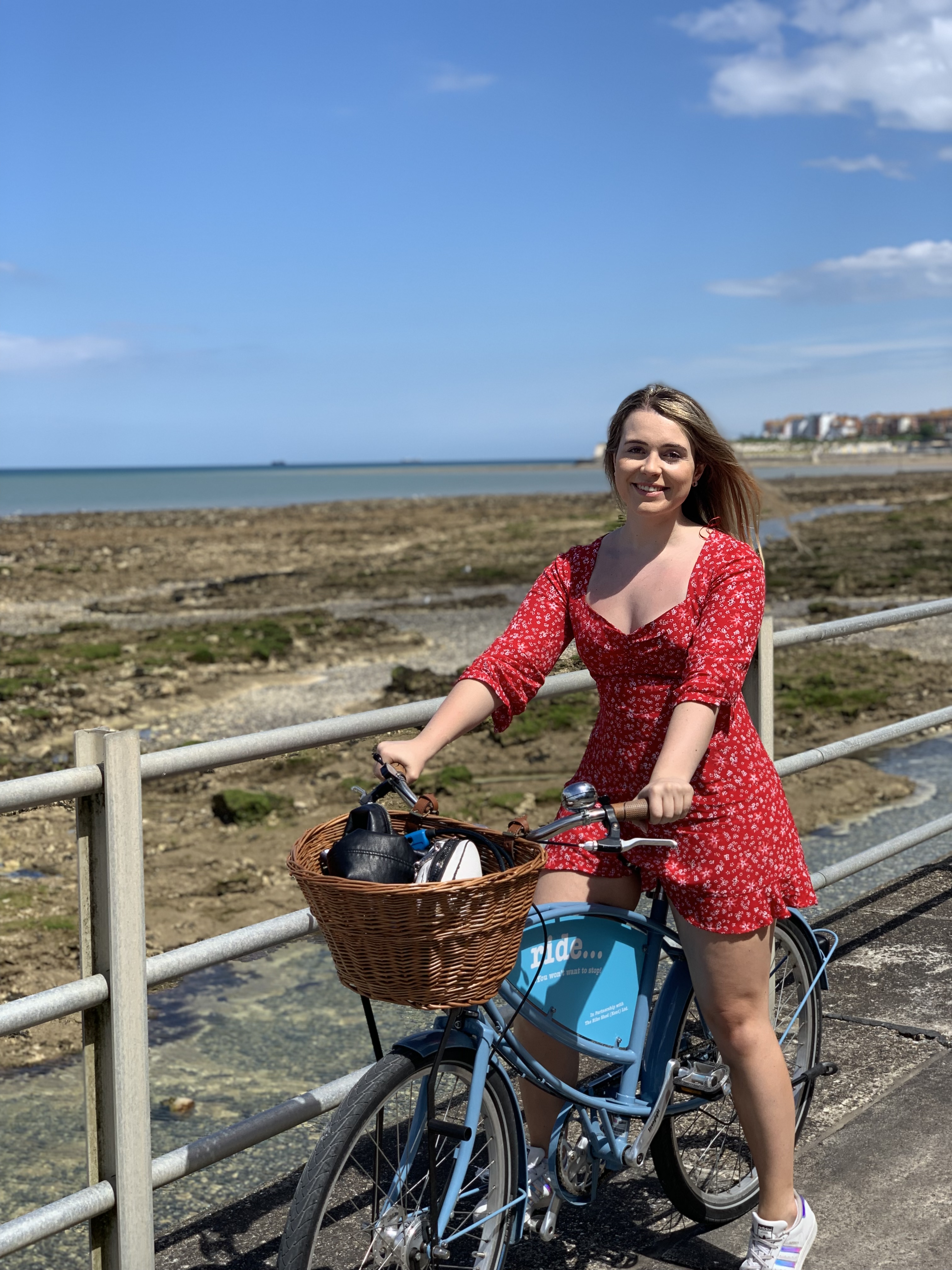 Off to the seaside we went again. Following local advice, we picked up bicycles from Ride . . . Bike Hire just outside the station (from £5 for an hour) and made it up and down the coastline, and past ultra-cool art gallery Turner Contemporary in one sunny afternoon.

We refuel on mini sugary doughnuts (the delicious ones that only old-school beach kiosks sell) round the corner from the uber-hipster Old Town.

Also on our hit list was the Dreamland amusement park – with its retro fun that kids will love. 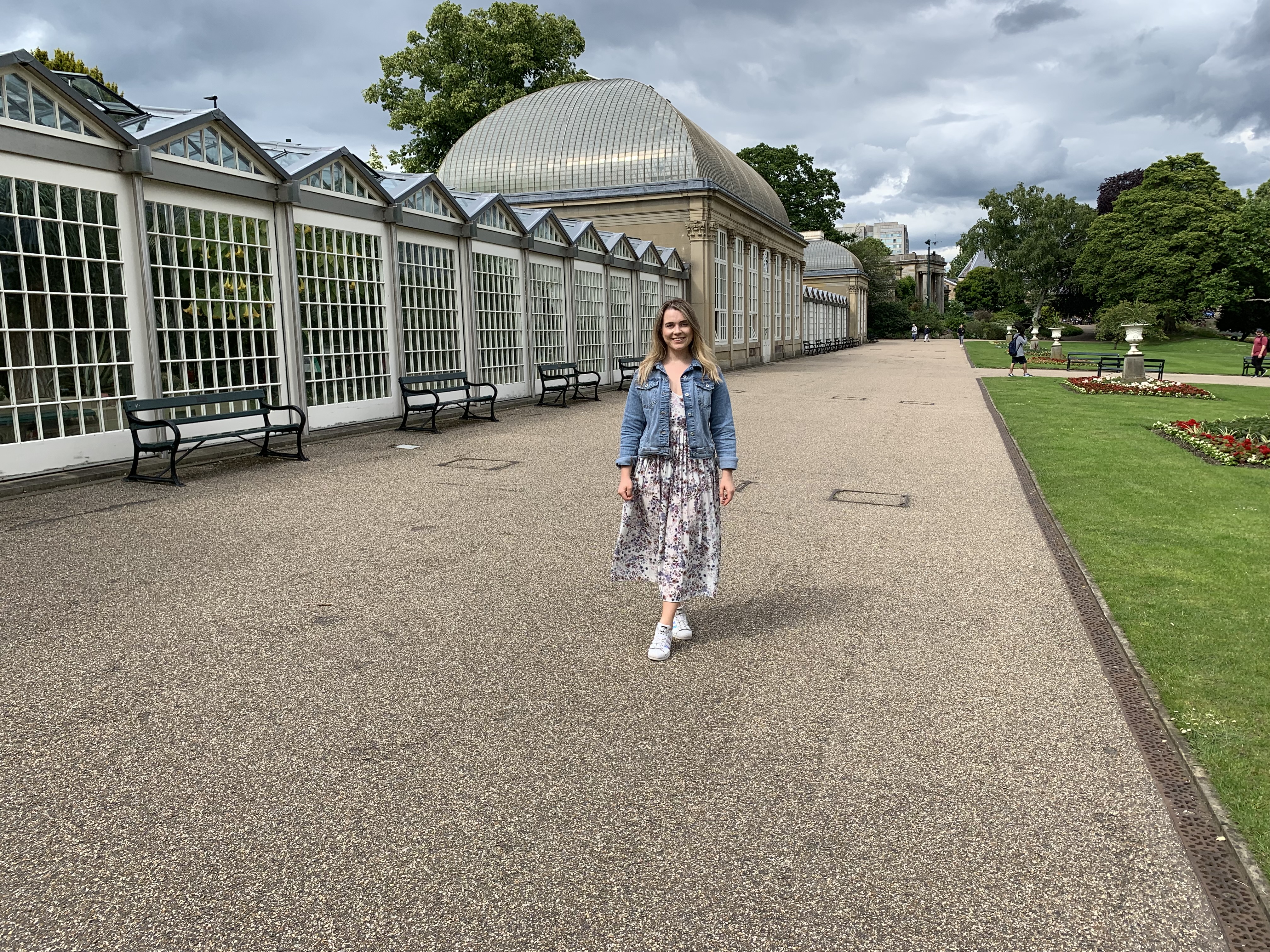 Summer weather was kind as we headed up to Steel City.

For a bite to eat with the stars head to Ambulo, owned by Arctic Monkeys’ drummer Matt Helders. 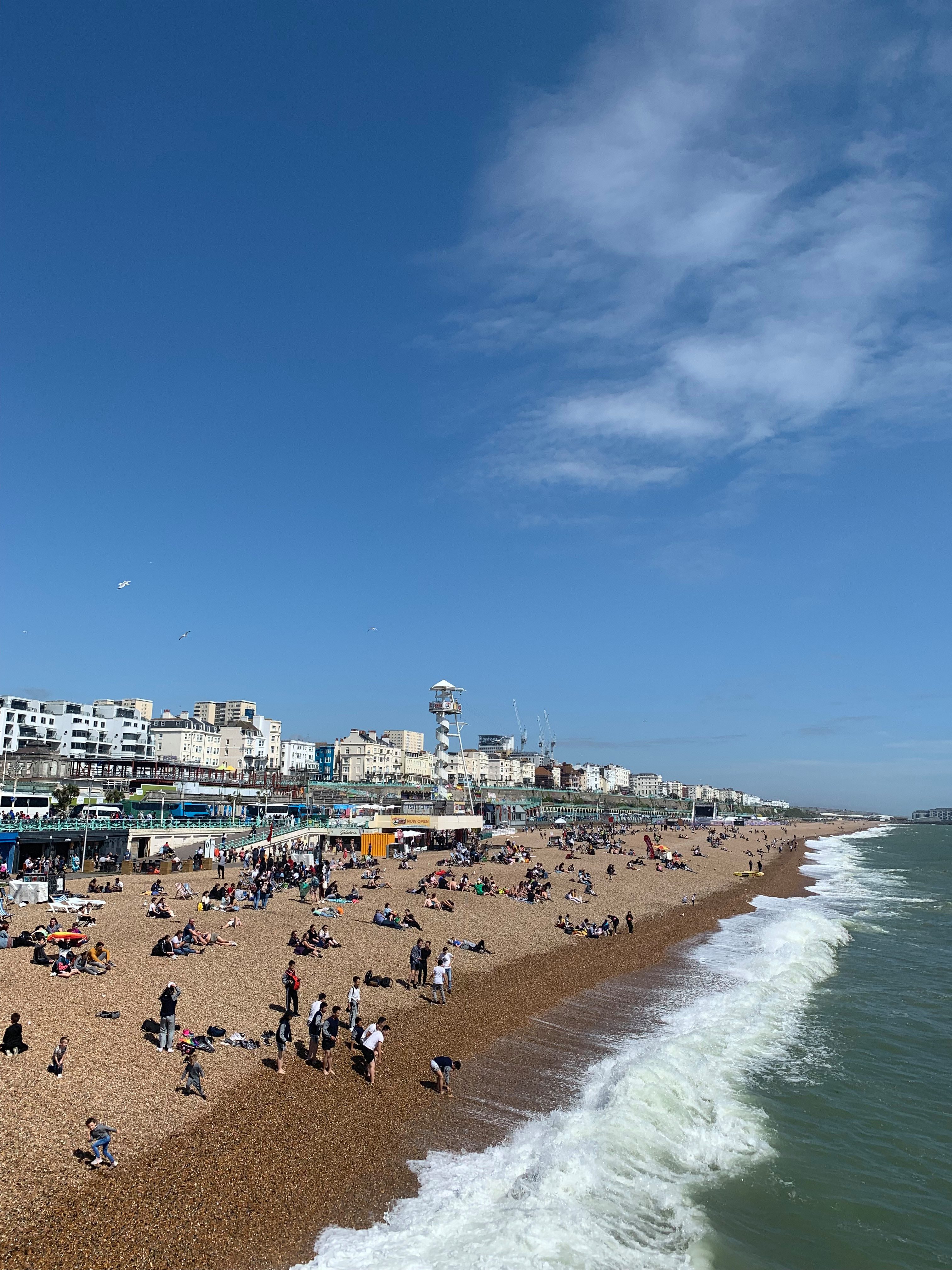 Back down south again – and on a heatwave day.

We rode on the dodgems on Brighton Palace Pier, and bought jewellery and vintage sunnies in The Lanes’ antiques shops.

Refuelling was a pleasure with a burger and pint at the edgy East Street Tap. Or snack at We Are Falafel. 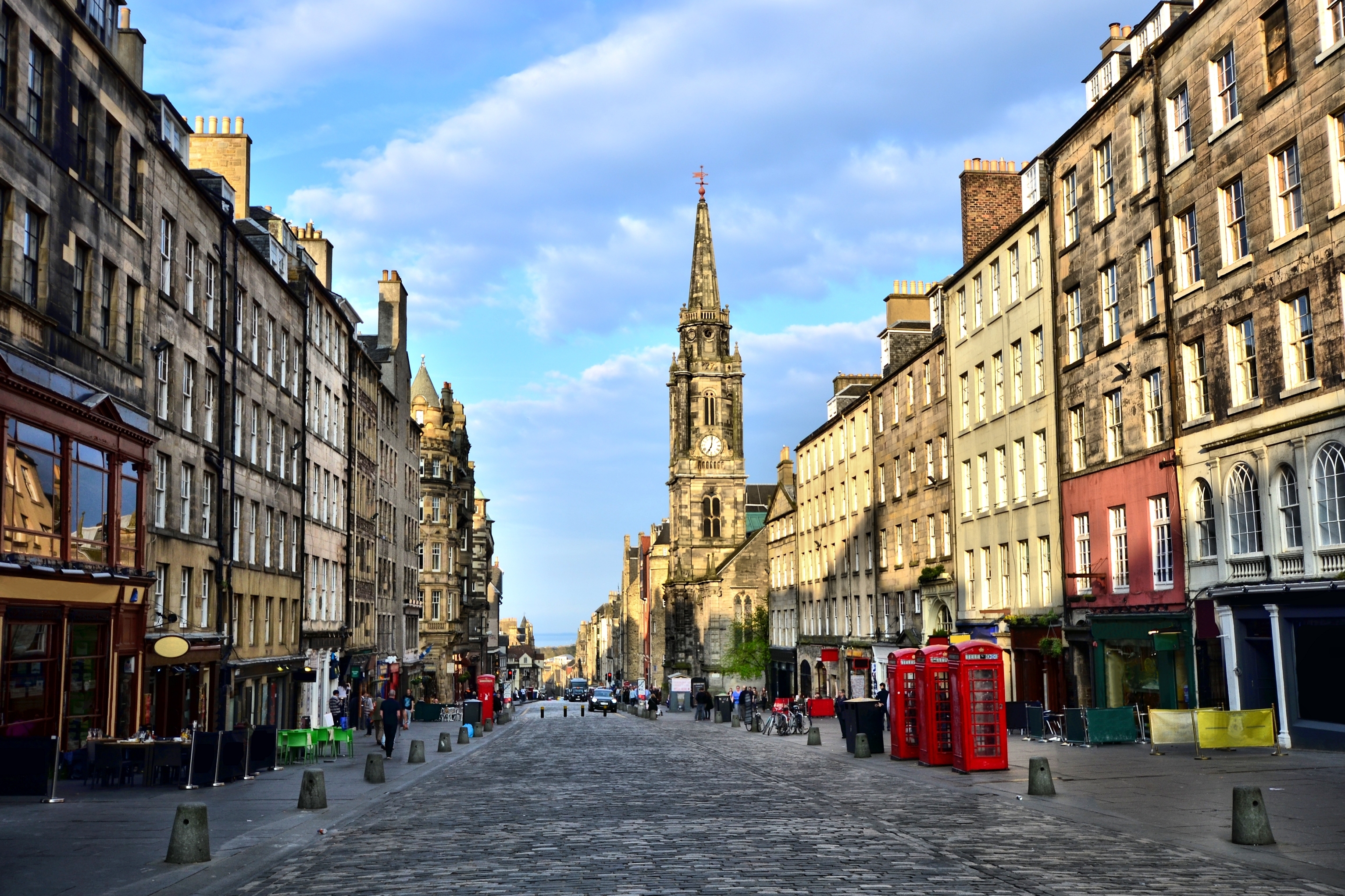 I’d wanted to visit the famous Fringe Festival for years.

The rain was torrential but the atmosphere in the shadow of Edinburgh Castle on the Royal Mile was buzzing.

After an immersive art show where we were locked in a shipping container, plenty of stand-up, live poetry featuring drones, and a circus show, I was relieved when we headed to the pub. What a laugh, though. 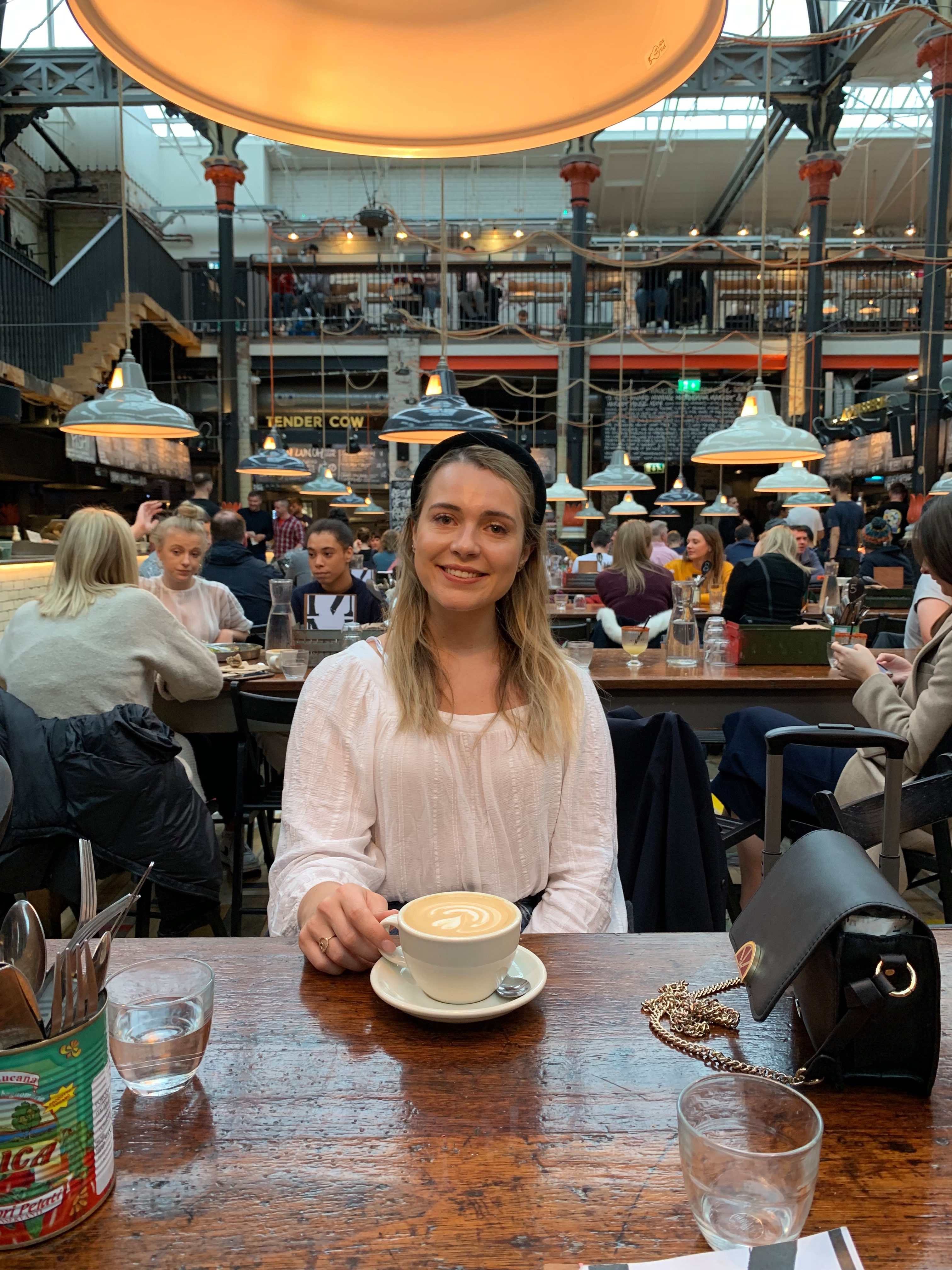 Another wet weekend meant we got a lot of retail therapy in the Arndale shopping centre.

In the evening we dressed up WAG-style and bar-hopped in the Northern Quarter.

We finished off the night at Manc institution MOJO – a loft-style bar that plays rock & roll and old school punk. 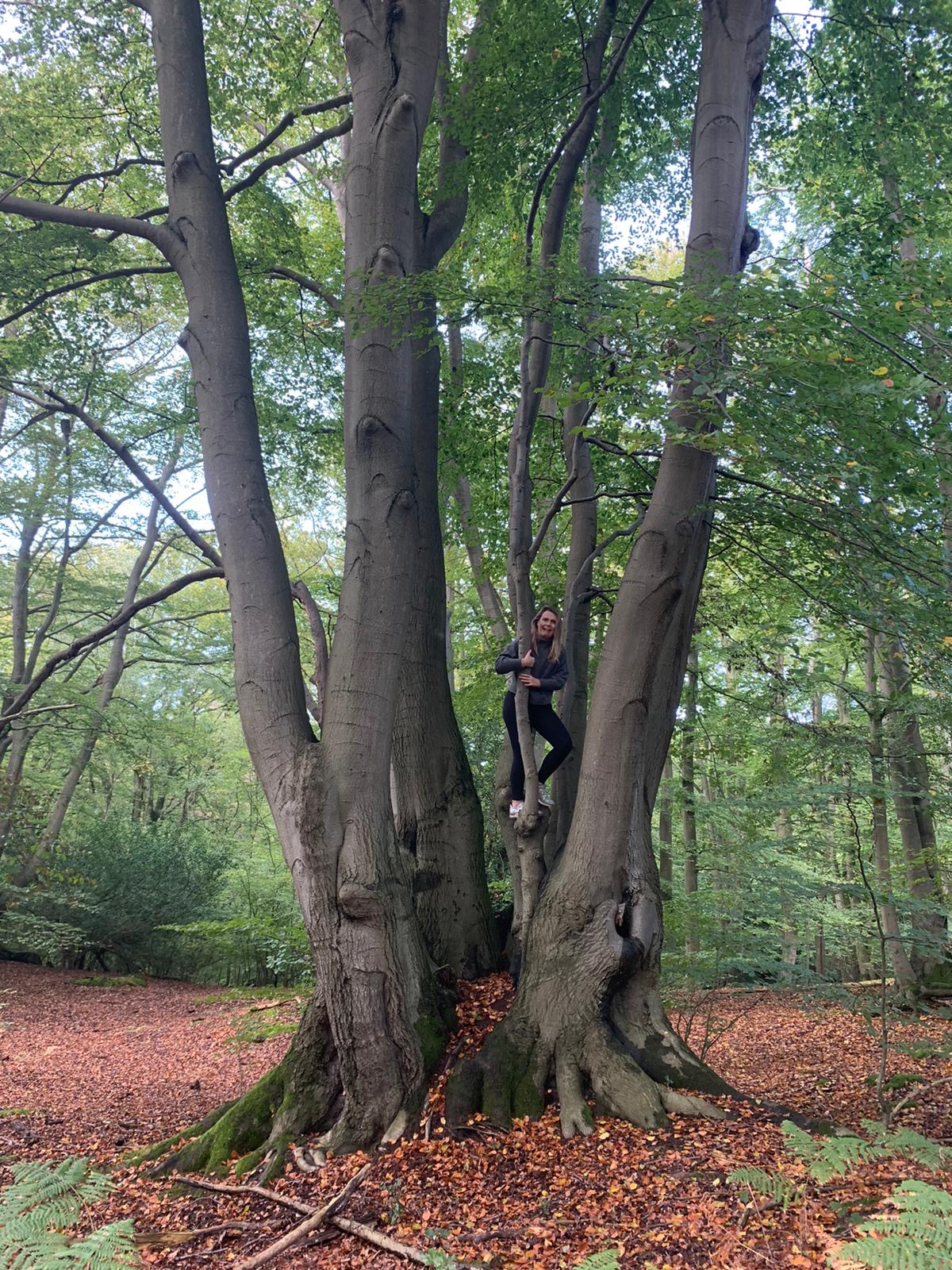 Also on my bucket list. Epping Forest is 2,400-hectares of ancient woodland in which you can wander and climb trees – and it’s on the tube.

There’s a lovely clearing that’s perfect for a picnic, right by Grimston’s Oak.

It’s the forest’s most famous tree, believed to be 350 years old, and is named after cricketer Robert Grimston. Tip: Get off a stop early at Theydon Bois for the best spots. 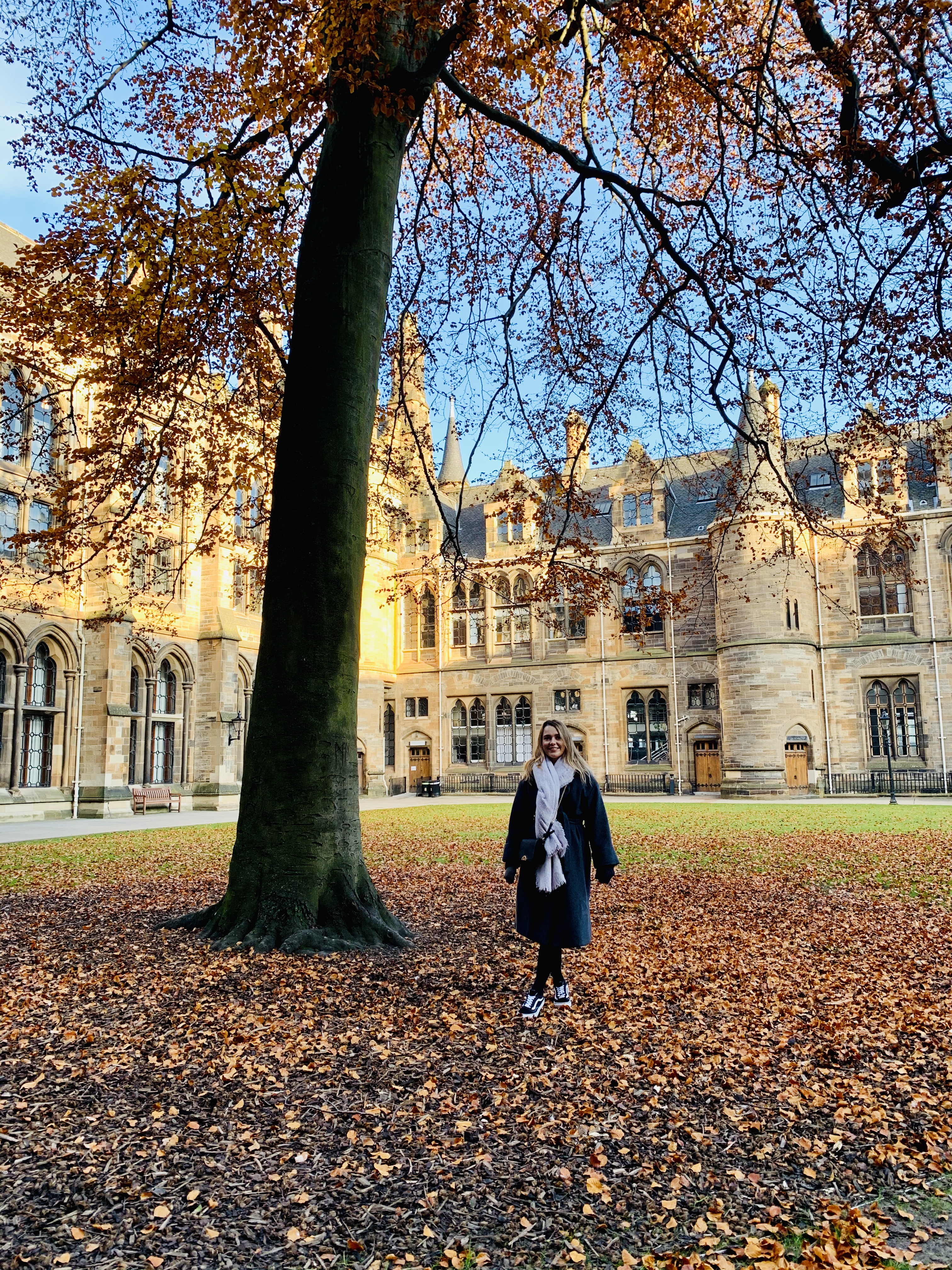 After a six-hour train journey to Edinburgh, we decided to fly for our second Scottish trip (plus, the airport is just 15 minutes from the centre).

This was my favourite trip. The entire place is beautiful, from the University of Glasgow Cloisters to Kelvingrove Park, the main Buchanan Street and hipster Finnieston district.

The Lighthouse gives excellent views across the city. Cuisine is surprisingly diverse. Have pancakes for breakfast at Stack & Still, and Scottish burger chain Bread Meats Bread. 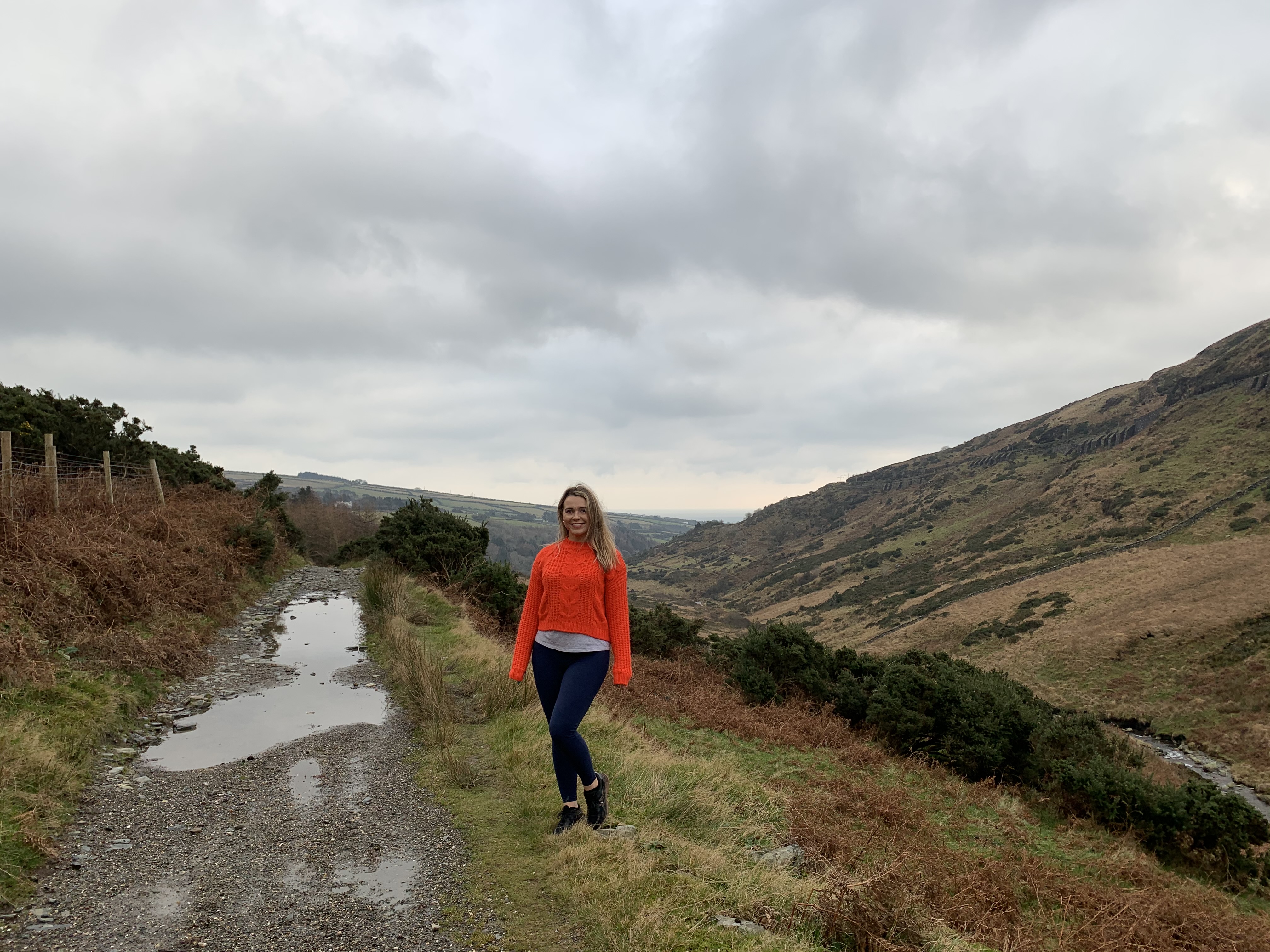 After lunch at the Alpine cafe in the capital Douglas, we see the ruins of Peel Castle. The next day we visited Laxey Wheel (the largest working waterwheel in the world) and climbed the mountain of Snaefell, from which on a clear day you can see the six kingdoms.

Colorado Sanctuary Home to 39 Tigers Once Owned By Tiger King's Joe Exotic: They're 'Happier'
Every one of us can be a life-saver just by following the medical advice – The Sun
Popular News
Major energy supplier to pay thousands of customers up to £100 to use less energy this winter – how to get it | The Sun
29/11/2022
Man Utd wonderkid Ramon Calliste, called ‘the next Giggs’, now owns luxury watch business and makes £5m a year – The Sun
26/03/2020
Megan Thee Stallion Addresses Criticism Over Twerking: ‘I Love to Shake My A**’
26/03/2020
Police guard shops to stop coronavirus panic-buyers and enforce social distancing – The Sun
26/03/2020
Coronavirus: Good Morning Britain’s Dr Hilary reveals ‘game-changing’ self-testing kit
26/03/2020
Recent Posts