A year ago, Anica Leon-Weil, 35, wasn’t planning for a baby, let alone using the sperm of a near-stranger she’d met online. But the pandemic spurred her to reprioritize: She moved back home to Santa Cruz, California to be closer to her mom, and the time indoors made her want to nest. “I’d been thinking about having a kid on my own, I was in a good place financially and with my career, and the way life had slowed down made it feel like the right time,” she says. All she needed was a sperm donor. After speaking with a friend who’d gone to a sperm bank, she knew that wasn’t right for her. “I was struck by how unaffordable banks are for a service that feels impersonal,” she says.

So she looked into another option: Facebook groups that connect sperm donors and those seeking donations. In one, she met Kyle Gordy, the founder and one of the group’s most prolific donors—35 biological children and more on the way—and after a brief interview and the exchange of STI information, she met with him in a hotel room during her ovulation window. She chose to have a natural insemination (meaning sex, though Gordy and many other donors typically offer their sperm in a cup for artificial insemination, or they send it frozen in the mail). Leon-Weil, a marriage and family therapist, is currently 15 weeks pregnant. “It might seem strange to some people, but I tried to think of it like this: If I had met someone at a bar and gotten pregnant at this point in my life, I would have kept it. This felt more ethical because Kyle was on board with the level of contact I wanted with a donor going forward.” Plus, the service was free.

Sourcing sperm through social media has exploded in popularity since the beginning of the pandemic—Gordy’s Private Sperm Donors group has grown by around 8,000 members over the past year. Folks are more interested than ever in starting a family, and many different types of people need sperm to do so, like lesbian couples, single women, and straight or male couples struggling with fertility. But the cost of sperm (sometimes $1,000 a vial) has priced people out, and many sperm banks are facing a shortage in donations. “When the pandemic hit, fertility services were put on pause. Sperm banks stopped taking donations for some time, and when they started again, not all donors felt safe coming in for fear of catching COVID,” says Parham Zar, founder and managing director of the Egg Donor & Surrogacy Institute in Los Angeles. At the same time, it seems as if the urge to have children is even greater. “People’s focus has shifted onto what’s most important in life, and for many, that’s family,” Zar notes. 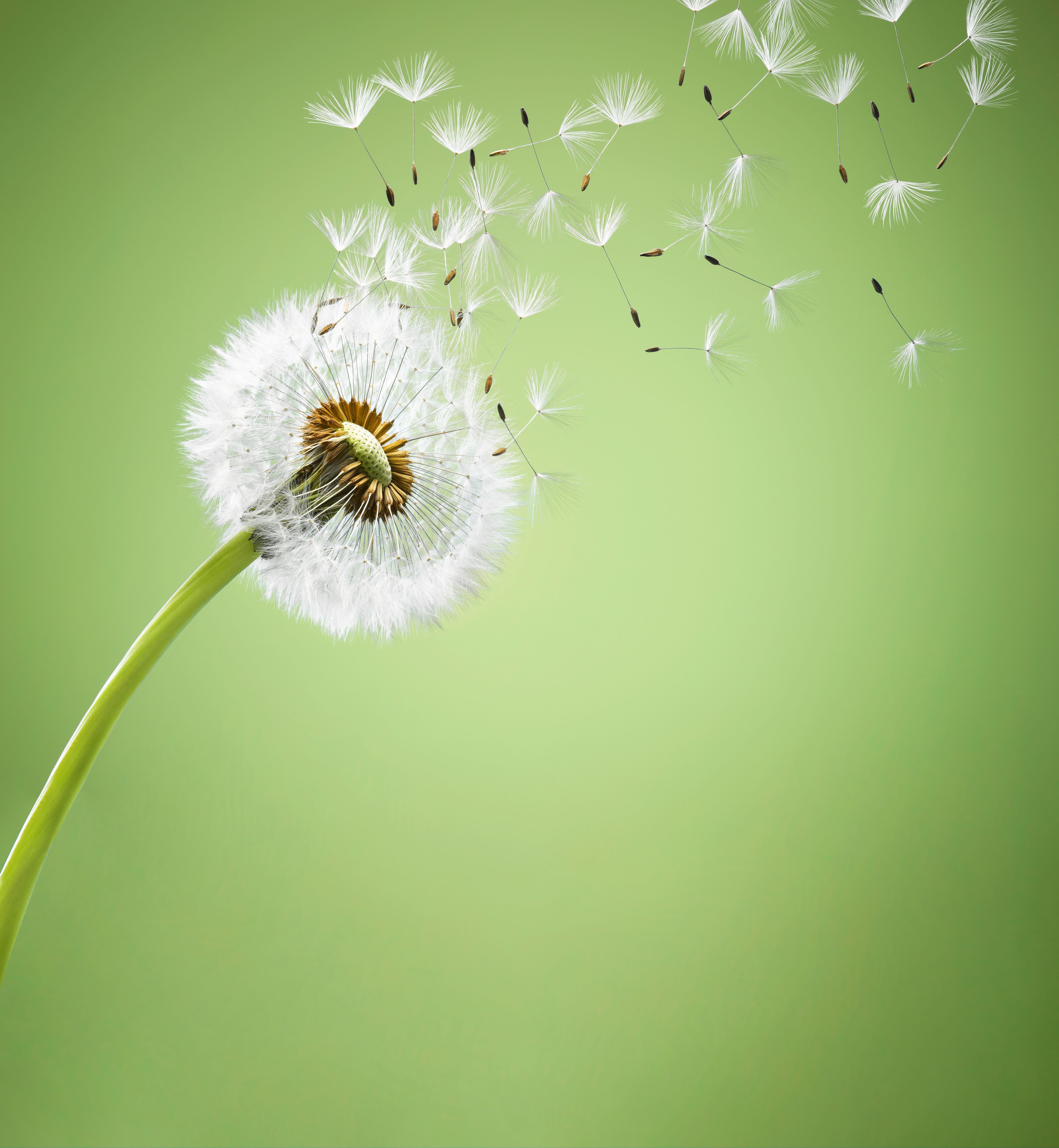 These aren’t the only issues sperm banks have faced recently. They’re infamous for their lack of regulation, which has led to huge sibling groups and ethical issues surrounding the purported anonymity of donors. Those who donate self-report their background, usually with the goal of sounding appealing in the donor catalog (there’s money on the line, after all), and no system exists for checking whether this info is true. The basic STI and genetic testing many banks perform can also go only so far in ensuring a healthy child; without background checks or mental health evaluations, conditions can be (and have been) passed on unknowingly.

“You’re playing Russian roulette with this,” says Cassandra Bach, a fertility coach and mother of a donor-conceived child. When she decided to get pregnant on her own via a sperm bank donor in 2010, she was told that sperm from the donor she chose wouldn’t be given to more than 40 families. But when her daughter was 2 years old, Bach joined the Donor Sibling Registry (DSR), a nonprofit that helps connect donor-conceived people with biological relatives (many parents join so there’s no chance of their child dating an unknown half-sibling). Over time, she discovered her daughter had 114 half-siblings spanning four countries on three continents. “The sperm bank was tracking siblings via self-reporting, and not everyone reports when they’ve had a child,” says Bach.

On top of that, many donors donate to multiple facilities, and banks can sell sperm to other banks. They all have their own tracking system and don’t communicate about how many children are born from each donor. “So even though the bank was trying to limit numbers,” says Bach, “it’s like they have a train that can’t be stopped once it starts.”

“Even though the bank was trying to limit numbers, it’s like they have a train that can’t be stopped once it starts.”

These are the reasons the industry needs massive reform, says Wendy Kramer, director and cofounder of DSR. Many parents of donor-conceived children are pushing for mandatory background checks on donors, as well as mandatory reporting about where else they’re donating and accurate tracking of the number of children created by donors. Clinics “need to enforce reporting from donors if their health history has changed,” says Kramer. “Many of the people who donate to these banks are 19-year-old kids, so you’re getting a snapshot of one day in the life of a healthy young person. His father could die of a heart attack the next year, or he could develop cancer later in life, and you wouldn’t know.” She’s been pushing for change for years now, but progress has been slow. “The thing is, it costs money to keep accurate records and to do proper vetting,” says Kramer.

For those interested in looking for sperm outside the banks, there are websites like Known Donor Registry and apps like Modamily that can match them with donors. But many people, like Leon-Weil, are finding sperm fast through social media. Private Facebook groups such as Sperm Donation USA have tens of thousands of members and promote their success rates to garner more.

While it might seem a little reckless to get sperm from a stranger on the Web, this type of sourcing has its pros. For one, it’s cheaper. Many of the men in these groups offer their sperm for free or ask only for the cost of travel to be paid. They also offer the opportunity to learn more about where your sperm is coming from. Donors and parents can maintain contact if they choose, meaning parents can receive updated health info about the donor throughout their child’s life. Parents can seek out donors who are willing to have some kind of relationship with the child in the future, should their kid be interested (surveys indicate that many are). Parents can also ask a potential donor to take a genetic test to see if they’re being honest about the number of children they’ve produced before they agree on them.

Money matters: Sperm banks are a $4 billion industry, and running one ethically can add up.

The drawbacks? While donors can take STD and genetic tests to ensure they don’t have common illnesses or potentially problematic mutations they could pass on to the mother or child, some viruses, like HIV, can take time to show up on a test (which is why sperm is quarantined for six months and retested at banks before use). There’s also more potential for legal issues down the road if, say, a donor changes their mind about wanting to be in the child’s life, or a parent decides to ask for child support from the donor. At sperm banks, donors and parents sign paperwork so they have ironclad protection from these situations. Getting sperm outside a bank means it’s up to the individuals involved to take their own legal precautions, says Amira Hasenbush, attorney and founder of All Family Legal, who works with clients having children with known (non-sperm bank) donors. Many sperm recipients have a lawyer write up a “sperm donor agreement” for all parties to sign, and if a nongestational parent is involved, they may want to file for a confirmatory (also called second-parent) adoption to make sure they’re viewed as a legal parent of the donor-conceived child across all state lines. And while money often isn’t a factor for donors from groups, motivations are varied. “Some donate altruistically, and some are driven by baser instincts, wanting to procreate as much as possible. You have to be comfortable with why they’re doing this,” says Hasenbush.

Ultimately, it’s up to parents to decide what feels right for them when creating their family. “This process was such a good thing for me,” says Leon-Weil. “I can see why it might make some people uncomfortable, but I don’t find it shameful; there shouldn’t be any stigma around doing it this way.” For Bach, some of the quirks of donor conception have actually brought her family joy. “We’ve met 25 of my daughter’s half-siblings, and she tells people about her family with pride,” says Bach. “The nuclear family isn’t the norm anymore, and we need to shift our thinking to the idea that all families are beautiful, no matter how they were created.”

Related posts:
10 Cheap Things to Buy on Amazon for Under $10 This Weekend
Nikki Grahames mum begged nurses not to let her leave hospital before her death
Popular News
What Angus T. Jones From Two And A Half Men Is Up To Today
12/06/2021
Man Utd wonderkid Ramon Calliste, called ‘the next Giggs’, now owns luxury watch business and makes £5m a year – The Sun
26/03/2020
Megan Thee Stallion Addresses Criticism Over Twerking: ‘I Love to Shake My A**’
26/03/2020
Police guard shops to stop coronavirus panic-buyers and enforce social distancing – The Sun
26/03/2020
Coronavirus: Good Morning Britain’s Dr Hilary reveals ‘game-changing’ self-testing kit
26/03/2020
Recent Posts