Home » Lifestyle » Witness K motivated by justice, so trial of his lawyer should be called off

Witness K motivated by justice, so trial of his lawyer should be called off

Australia is giving its security agencies ever more powers to fight terrorism, foreign influence and international crime, but the case of Witness K, which concluded on Friday, has raised again the need for careful supervision of how these powers are used.

The former Australian Secret Intelligence Service agent, whose real name has been suppressed, was charged with sharing confidential information relating to Australia’s illegal bugging of the East Timor government in 2004 during sensitive negotiations over a multibillion-dollar oil deal. 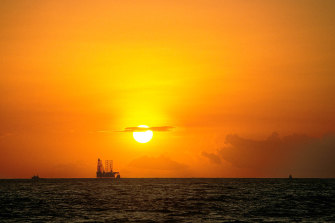 Former ASIS intelligence officer Witness K helped expose a 2004 bugging operation against East Timor that appeared to aid Australia in gaining an advantage in commercial negotiations to carve up oil and gas resources in the Timor Sea.

He supplied information which allowed East Timor to bring a case in 2013 at the Permanent Court of Arbitration in The Hague which tried to overturn the deal on the basis that Australia cheated. Witness K pleaded guilty last week and was given a suspended sentence. He appeared in court only behind a screen.

Magistrate Glenn Theakston made clear in his sentencing remarks the essential dilemma in this case. On the one hand, he said there are good reasons for the ASIS culture of secrecy, which protects national security and the secret agents who undertake such dangerous work. Mr Theakston said it was not up to individual ASIS officers “to unilaterally depart from those security obligations”.

Yet the magistrate, who knows some of what was in the secret dossier about ASIS’s behaviour in East Timor, said Witness K was motivated by justice and concern for the international order.

It is strong confirmation that Witness K was not a traitor but rather a patriot who blew the whistle on serious misconduct which the federal government was determined to sweep under the rug even at the expense of robbing East Timor, a tiny country Australia has a duty to help.

We still don’t know whether the bugging operation was purely to gain a commercial advantage or whether there was any national security imperative at play. But it is getting harder to disagree with the assessment that it was a major overreach by Australia’s intelligence community. As Senator Rex Patrick said on Friday, “[Australia was] trying to swindle the newest and poorest nation in the world of oil and gas royalties”.

The balance between the need for secrecy and the public interest in encouraging whistleblowers to come forward is delicate in these cases, but The Age believes Witness K should never have been charged.

The Commonwealth has shown vindictiveness in pursuing him for almost a decade. He was only charged in 2018, years after going public and once Australia had signed a new treaty with East Timor, tacitly acknowledging it had played dirty pool in 2004.

It is some consolation that Witness K, who is now ill and in his 70s, was given a short suspended sentence and will not go to jail. The magistrate said he took the long and tortuous process into account, again raising questions about the Commonwealth’s tactics. Yet the Commonwealth is still pursuing Bernard Collaery, Witness K’s lawyer, for sharing the same secret information to the court in The Hague and to ABC journalists who broke the story in 2014. Unlike Witness K, Mr Collaery has said he will not plead guilty and that he will fight to have his case heard in open court.

It sets a dangerous precedent that a lawyer is being charged for representing his client, especially since he was, like Witness K, a whistleblower motivated by justice and patriotism. He should not be facing criminal charges.

If the trial does go ahead, it must be held in public so Australia can understand who gave the orders to use these extraordinary powers of our secret service seemingly not in the interest of national security but for industrial espionage. If there are genuine national security reasons – rather than the simple avoidance of political embarrassment – to keep limited portions of the evidence secret, this can be put to the court and tested there, as is being done in the Ben Roberts-Smith defamation case.

But keeping the whole sorry tale secret would undermine Australia’s authority in calling out similar bad behaviour by other countries.

Gay Alcorn sends an exclusive newsletter to subscribers each week. Sign up to receive her Note from the Editor.