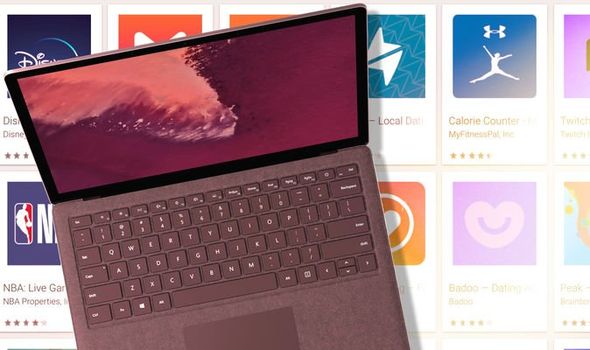 The nifty new addition comes courtesy of an update to the companion Your Phone app, which was made available to beta testers this week. Your Phone already enabled Windows 10 users to access a number of features from their smartphone without the need to pull it out from their pocket, like answering incoming calls from the desktop, or replying to texts.

However, the latest upgrade will provide a list of Android apps which can be launched within Windows 10. This should mean there’s even fewer times when you’ll need to interrupt what you’re doing and pull-out the smartphone from your pocket.

Microsoft is clearly working hard to blur the lines between what is an Android app and what is native Windows software. Android apps can be pinned to the taskbar for quick access – just like fully-fledged apps – and can be housed in the Start Menu too. 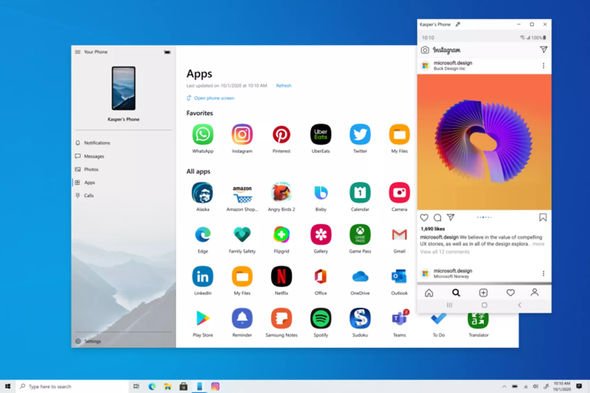 Since the Android apps run in a window, you’ll be able to multi-task between them too, so copy-pasting from an Instagram Direct Message and sending the same image to a group chat within WhatsApp can all be handled with a few quick Windows keyboard shortcuts.

Of course, you’ll also be able to move seamlessly between Windows 10 apps and Android apps. So there should be no need to email yourself a document from your smartphone in order to access it from your desktop PC. Simply drag-and-drop from the relevant Android app in the Start Menu on your Windows 10 PC.

Unfortunately, Microsoft says that not all Android apps will work seamlessly with the upgraded new Your Phone feature when it comes out of beta testing at some point later this year. According to Microsoft, some app developers might block Your Phone’s ability to cast to other screens – like your laptop, leaving you with a black screen.

Some apps and games might struggle with input from a keyboard or mouse, while others might be restricted to playing audio from your smartphone, Microsoft has warned. Hopefully, some of these quirks are ironed out as app developers realise how useful it could be for their users to access the contents of the app from their PC.

For now, those who want to test out the new features within Your Phone will need a Samsung-branded device. Microsoft has published a list of all supported Android devices, but it’s only Samsung handsets at the moment.

With any luck, we’ll see more handset manufacturers support the new Your Phone when it launches worldwide this year.

The news comes as Apple confirmed that iPhone and iPad apps would be able to run natively on upcoming iMac, MacBook Air and MacBook Pro models powered by its own custom-designed processors, which will replace those made by Intel – the current industry standard – from this year.