Why Hannah Ann Sluss Wants The Opposite Of Peter Weber

Hannah Ann Sluss knows what she wants in her next suitor.

While giving Wells Adams and Brandi Cyrus an update on her relationship status during her visit to their podcast Your Favorite Thing, the Bachelor alum shared the qualities she’s looking for in her next boyfriend, explaining that her ideal man is the “opposite” of Peter Weber.

When Brandi quipped that her description was the opposite of her former fiancé, Hannah Ann joked, “Yes, the opposite,” and continued, “I want him to be, like, very manly and, like no messing around. Just to the point, decisive. And, I want him to be hot, like, super hot and hunky.”

As for her relationship status now, the 23-year-old said that she is still adjusting to life post-Bachelor and opened up about how hard it was to keep her and Peter’s failed engagement a secret as the show unfolded, adding that she had to be “very single” throughout the entire process.

“Leading up to, like, going on the show, I had to be very, very single, you know, I didn’t want to be texting any guys because I was kind of in the casting process—which is weird ‘cause, like, [it] still had to be, like, I was dating him before I even went on the show, you know?” she shared. “So, [I] went on the show, I was dating him, got engaged and then afterwards, you know, we broke up but I couldn’t really text guys because then they would know I wasn’t engaged. So, I was kind of still with him and then, you know, still, like, unavailable.”

Hannah Ann continued, “And then after, you know, the last episode of the show, I’m, like, finally being able to be single and then we go into this quarantine where you can’t really see anyone and so, my dating life has just been, like, really whacky and boring. But I have seen one person, in particular, because I can only choose one, you know?”

Last week, the model gave more details about her “mystery man” during her candid interview on Off the Vine With Kaitlyn Bristowe. Describing their relationship as a “quarantine fling,” the Bachelor winner gushed that she’s had a “FaceTime date” with him and that he’s brought her coffee. Hannah Ann remained tight-lipped about his identity, but she did assure host Kaitlyn Bristowe that her new guy isn’t a member of the Bachelor Nation. 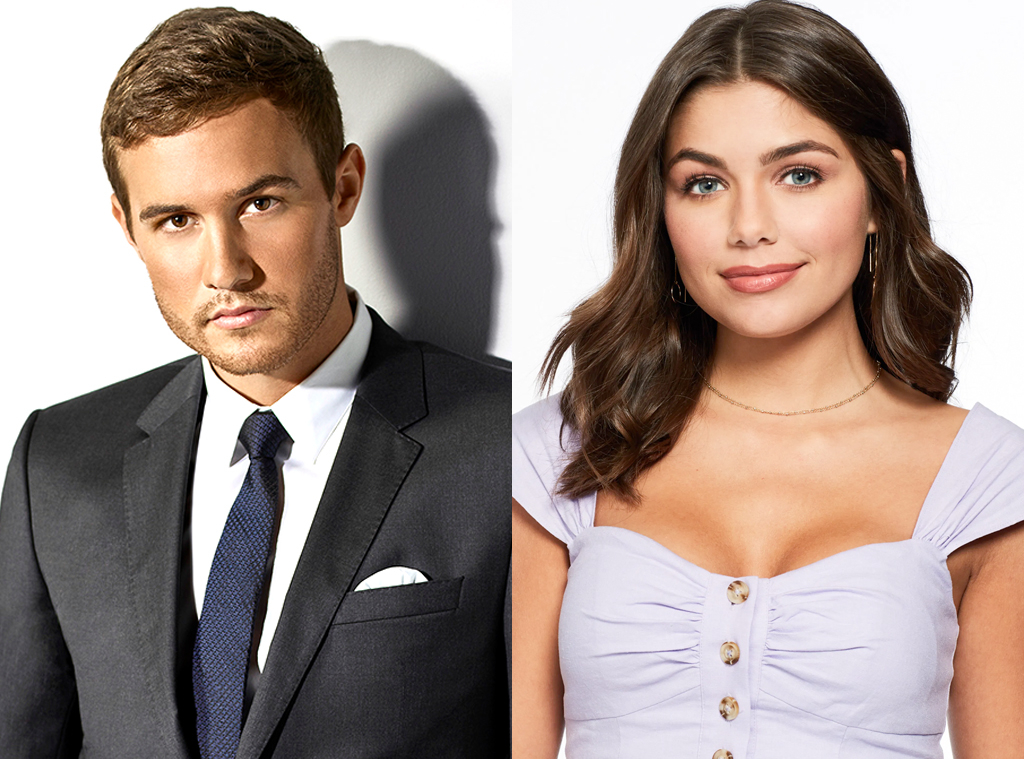 While chatting with Wells and Brandi, Hannah Ann also weighed in on Peter’s rumored rekindled romance with Kelley Flanagan.

When asked about her feelings on the former loves quarantining together, the model stressed that she wasn’t familiar with their situation and said, “I don’t know fully. I don’t think they really have answered that either. But I mean, Kelley and I were good friends on the show and we don’t have any, like, bad blood. I talked to Kelley actually the other day.”

Related posts:
Your cat thinks of you as a parent, new study finds
Jonathan Scott or Zooey Deschanel: Which Star Has the Higher Net Worth?
Popular News
Bible prophecy: Coronavirus gave world taste of what will happen after Rapture – claim
24/01/2021
Man Utd wonderkid Ramon Calliste, called ‘the next Giggs’, now owns luxury watch business and makes £5m a year – The Sun
26/03/2020
Megan Thee Stallion Addresses Criticism Over Twerking: ‘I Love to Shake My A**’
26/03/2020
Police guard shops to stop coronavirus panic-buyers and enforce social distancing – The Sun
26/03/2020
Coronavirus: Good Morning Britain’s Dr Hilary reveals ‘game-changing’ self-testing kit
26/03/2020
Recent Posts
This website uses cookies to improve your user experience and to provide you with advertisements that are relevant to your interests. By continuing to browse the site you are agreeing to our use of cookies.Ok