“The Office” finale wouldn’t have been complete without the surprise cameo from Steve Carell, who played “World’s Best Boss” Michael Scott on the hit NBC series.

But to pull off the emotional appearance, “Office” showrunner and writer Greg Daniels had to lie to everyone ― including the cast, crew and “most significantly” ― the network itself.

Daniels told Baumgartner, who played Kevin Malone in the series, about the lengths he went to hide Carell’s return.

“I made the line producer lie,” Daniels revealed on Baumgartner’s Spotify podcast, An Oral History of The Office. “I said to him, I’ll take care of you. If you get fired because of this, I will take care of you. You know, he was very nervous about lying to NBC.’”

Baumgartner said the reason Daniels lied and only told a select chosen few was “because they didn’t trust the network to keep the secret.”

“We didn’t want [the network] to promo it. And it would have … (Carell) would have been in the promo,” editor Claire Scalon added.

Dave Rogers, another editor trusted to keep Carell’s appearance a secret, said that he had to ease Daniel’s guilt about lying to so many people.

“I said, Greg, I said, listen ― in today’s day and age, everything gets spoiled. And it’s like a surprise party. If someone asks, like, are you throwing me a surprise party? And you say no,” he said. “And then two hours later, ‘Surprise!’ That’s what this is.”

“He felt better about that,” Rogers added. “I was like, I know it’s hard, but that’s what it is. We have to keep it a secret.”

And what a good surprise ― and guten pranken ―  it was. But originally, Carell was hesitant to even return for the cameo in the 2013 episode.

“I had told Greg, I just don’t think it’s a good idea because I felt like Michael’s story had definitely ended,” Carell said, as his character’s storyline wrapped in 2011. 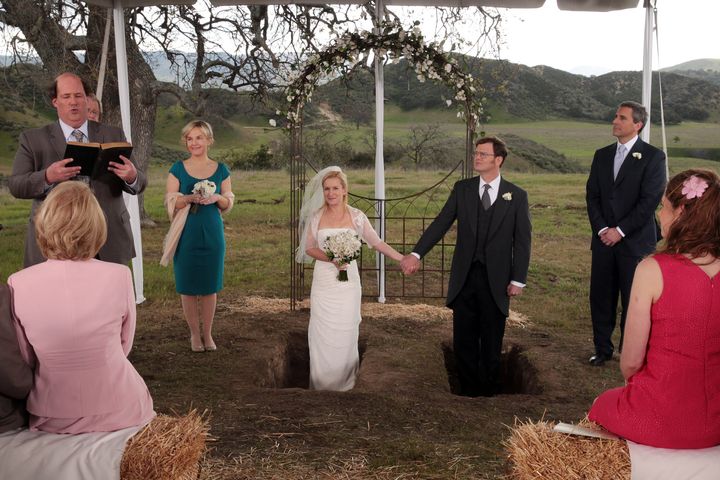 “I was reticent about coming back because you guys had two more, really valuable seasons and that was everyone else’s ending. Michael had already had his [ending],” the actor said. “But at the same time, I felt like I should out of respect for all of you guys and out of my love for everybody to acknowledge the ending of this thing.”

Daniels echoed that Carell “was really anxious that it not be all about him” with his appearance, but “really liked the idea of coming back for Dwight’s wedding.”

“He thought [Michael] learned something, so he didn’t need self-promotion,” when he came back, Daniels said. “At this point, he didn’t need to come back to be on the documentary. He came back for his friend Dwight.”

That meant that ultimately, the cast and crew joined in keeping Carell’s appearance under wraps. 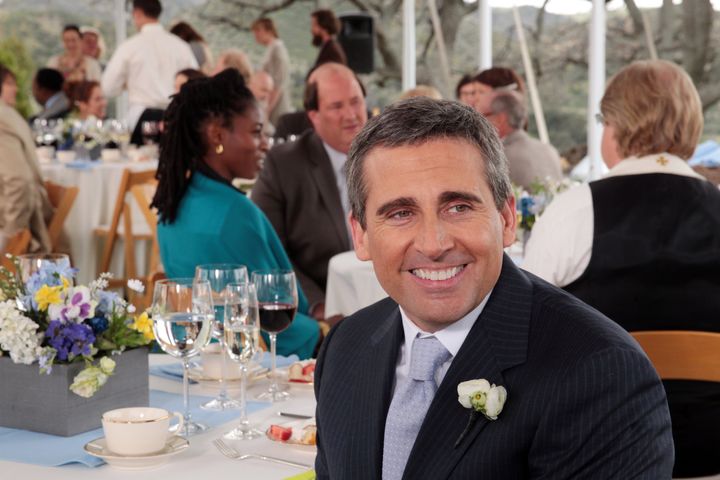 Listen below for even more “Office” trivia:

Related posts:
‘Lingua Franca’: How DP Framed Isabel Sandoval’s New York Love Story
With Woke, Lamorne Morris Wanted to Go Further Than New Girl Ever Could
Popular News
Baseball legend Cal Ripken Jr. says his prostate cancer ‘could have been a much different result’ if he hadn’t been a sports star
22/09/2020
Man Utd wonderkid Ramon Calliste, called ‘the next Giggs’, now owns luxury watch business and makes £5m a year – The Sun
26/03/2020
Megan Thee Stallion Addresses Criticism Over Twerking: ‘I Love to Shake My A**’
26/03/2020
Police guard shops to stop coronavirus panic-buyers and enforce social distancing – The Sun
26/03/2020
Coronavirus: Good Morning Britain’s Dr Hilary reveals ‘game-changing’ self-testing kit
26/03/2020
Recent Posts
This website uses cookies to improve your user experience and to provide you with advertisements that are relevant to your interests. By continuing to browse the site you are agreeing to our use of cookies.Ok