Home » Which holiday destinations abroad are the best bet this summer? The countries Brits can travel to this year

Which holiday destinations abroad are the best bet this summer? The countries Brits can travel to this year

SUN-STARVED Brits have been holding off booking foreign holidays until next month, when the government will announce where and when the travel ban will be lifted.

A number of countries have already said they are welcoming UK travellers back this summer, with few restrictions. 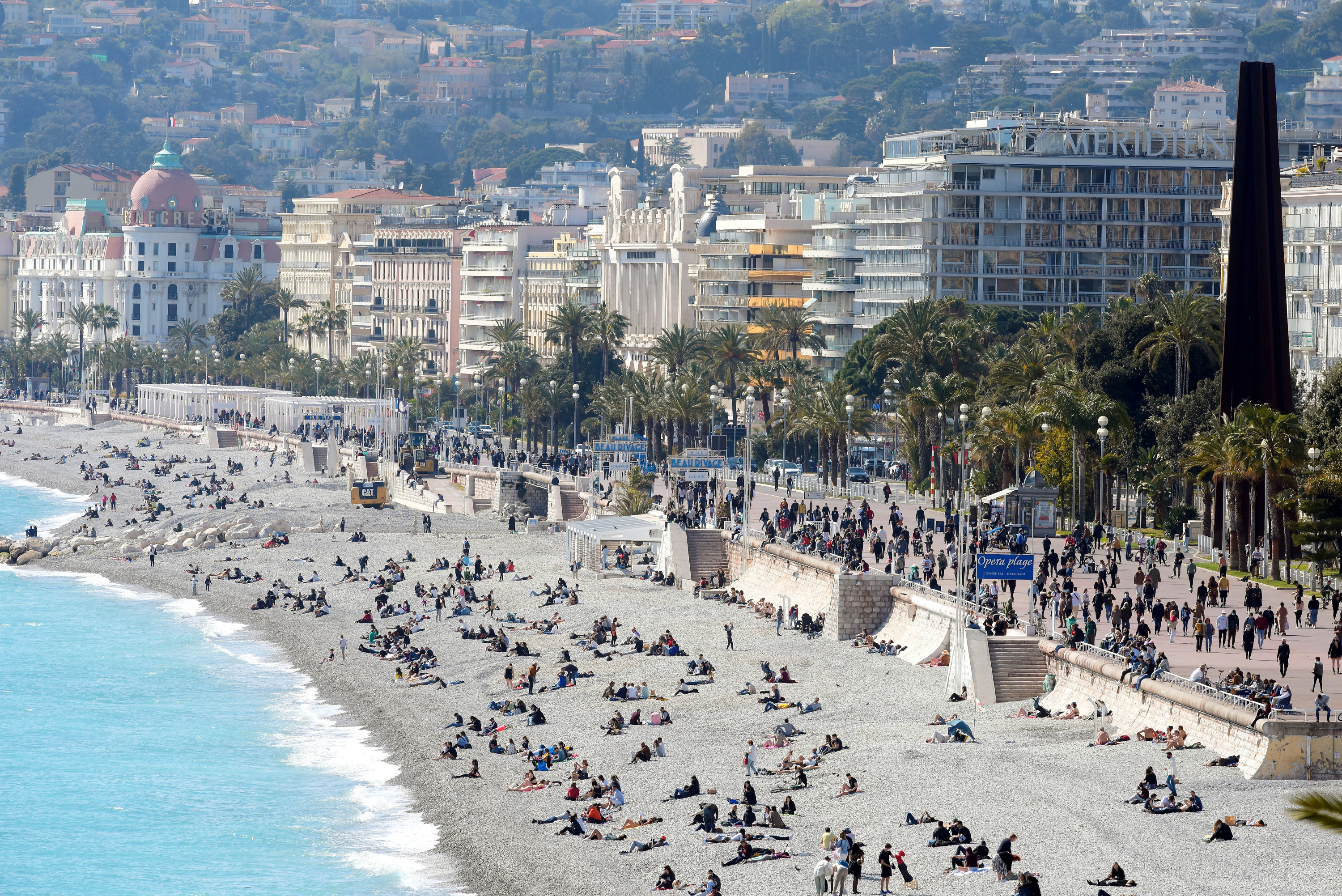 But where holidaymakers will want to go also depends on the traffic light system planned for foreign travel, which will use a three-colour guide to allow Brits to take trips abroad this summer.

People arriving in the UK from green list countries would have to take a PCR test before their return and a second test on Day 2 after their arrival, but would not have to quarantine.

Arrivals from amber list countries would have to take a pre-return test and two further tests on day 2 and 8, as well as quarantining at home for 10 days.

Arrivals from countries on red list would also have to take three tests and would have to check into a quarantine hotel for 10 days at a cost of £1,750.

The government have said that they will announced what countries will go on each list in the next couple of weeks, ahead of the anticipated May 17 date for reopening foreign travel.

However, just because UK the green lists a country – doesn't mean they want us to visit.

Here are the popular holiday destinations planning to welcome Brits back this summer – and how likely the UK will allow tourists to visit without restriction. 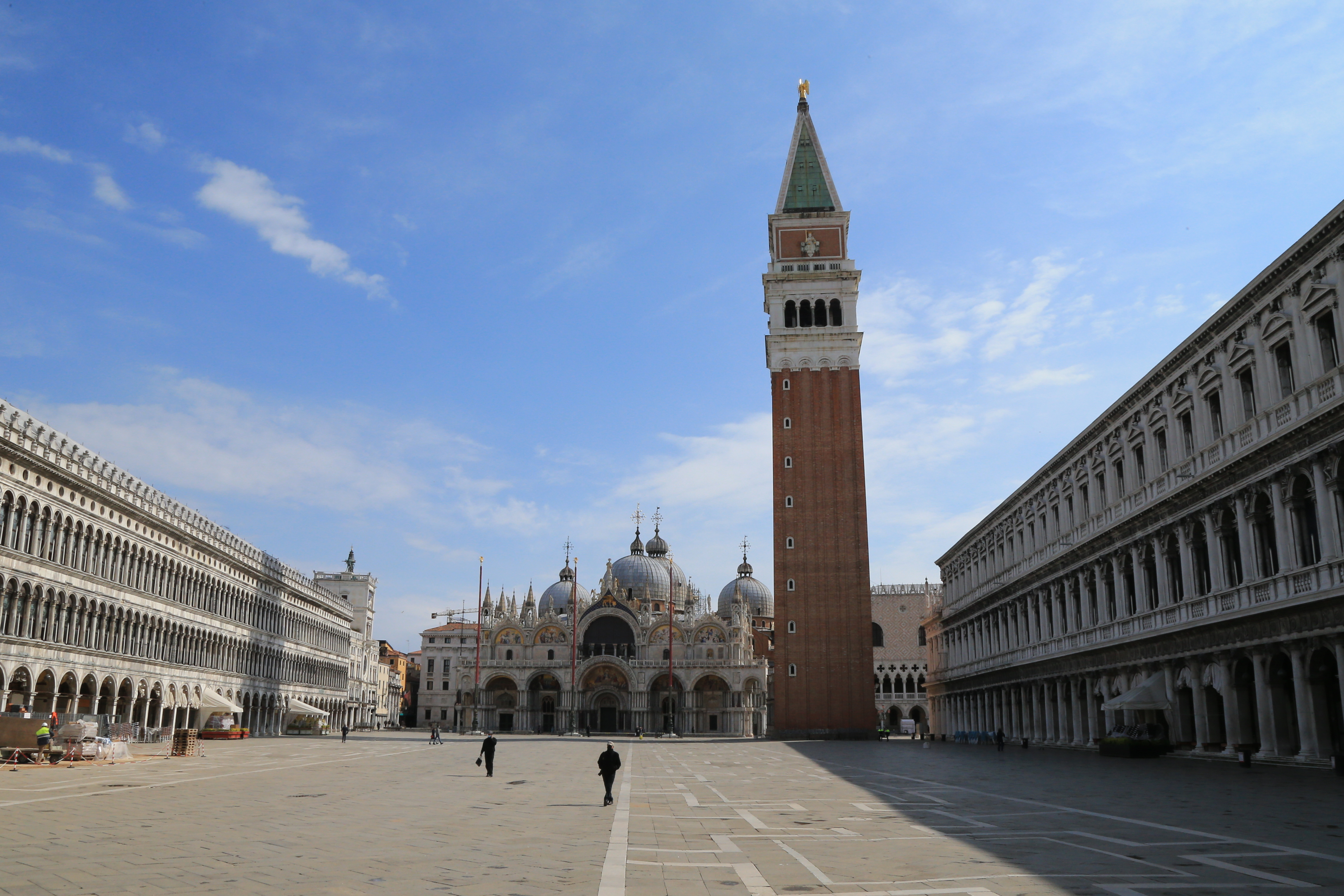 Greece is already welcoming vaccinated Brits back, having opened their borders to a number of countries earlier this month.

Tourists who have had both jabs can enter the country without restrictions – and they'll even accept the paper NHS vaccination card as proof until the UK develops its digital health passport.

For those who have not yet been vaccinated, they will still be welcome into the country if they have a negative PCR test and there will also be random testing at the airports.

Greece has said it would also look at accepting the cheaper, rapid antigen tests in coming months.

It is unclear whether Green will be placed on the green or amber list – just 19.6 per cent of the population had had its first jab and the number of Covid cases is currently very high for the country, with 2,700 logged yesterday.

But the country's tourism minister Mr Theocharis disagrees and believes it should be green listed, telling The Sun: “Greece has weathered this better than other countries. Our numbers are getting better every week which shows that vaccination works.”

The Greek islands may be able to open before the rest of the country, similar to last year's island travel corridor scheme, due to many of them being prioritised for the vaccine.

Spain has confirmed that they want Brits back by June, when vaccine passports will be up and running.

Spanish Tourism Minister Fernando Valdes Verelst said: “June will be the start of the recovery of tourism in Spain.

“By then, we will have a digital vaccination certificate in place and we will be able to reopen our borders.”

It is unclear whether Spain will go on the green or amber list – 24 per cent have been given the first dose of the vaccine and it is currently managing around 5,000 new Covid cases a day.

The Canary and Balearic Islands could open before the mainland, similar to last year. 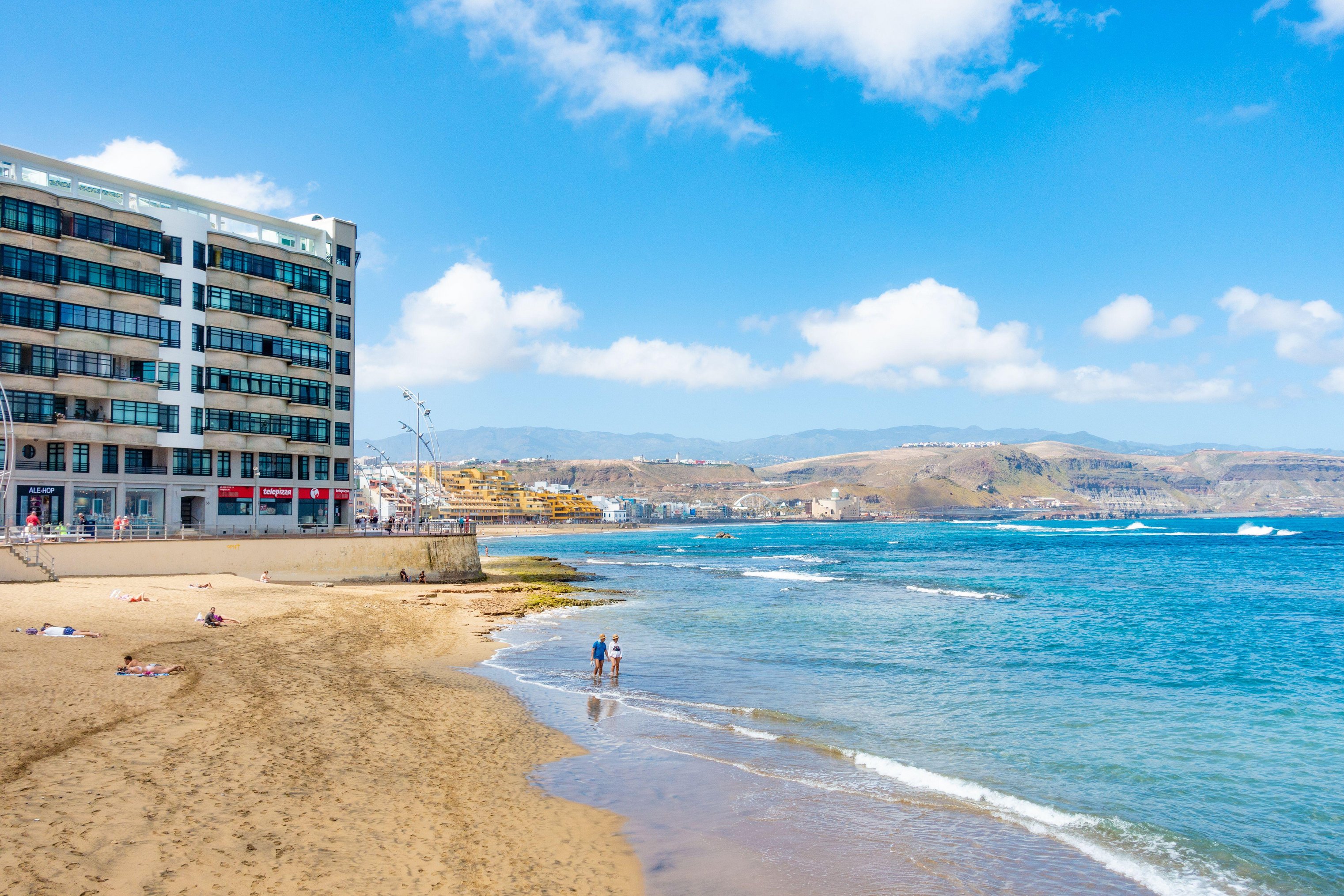 Portugal is welcoming Brits from mid-May as long as they are fully vaccinated or have a negative test.

When asked when Portugal will be opening its borders to tourists from the UK, Manuel Lobo Antunes told Sky News: "As soon as possible, this is not just a unilateral matter, we have to coordinate this issue with our British friends and the UK Government.

"But we are hopeful, as we have been saying for these last months, that from the middle of May, regular mobility between the UK and Portugal and vice versa, can be established, that's our hope."

Madeira has already opened to tourists, having done so last month, if fully vaccinated or can show proof of antibodies.

Portugal could also be added to the UK's green list, thanks to their falling Covid cases, even though only 22 per cent have been given their first vaccine dose.

Not only are cases falling in Portugal – with less than 500 daily new cases on average – but earlier this week, the country reported no new daily deaths in 24 hours, the first time in nine months.

France has announced plans to lift travel restrictions in May and allow vaccinated tourists to return.

However, France is back in lockdown and facing soaring cases – with more than 31,539 daily infections yesterday – and a slow vaccine rollout – 21 per cent of the population have had one jab.

The country is likely to be on the UK's "amber" list and until recently was feared could even be on the red list. 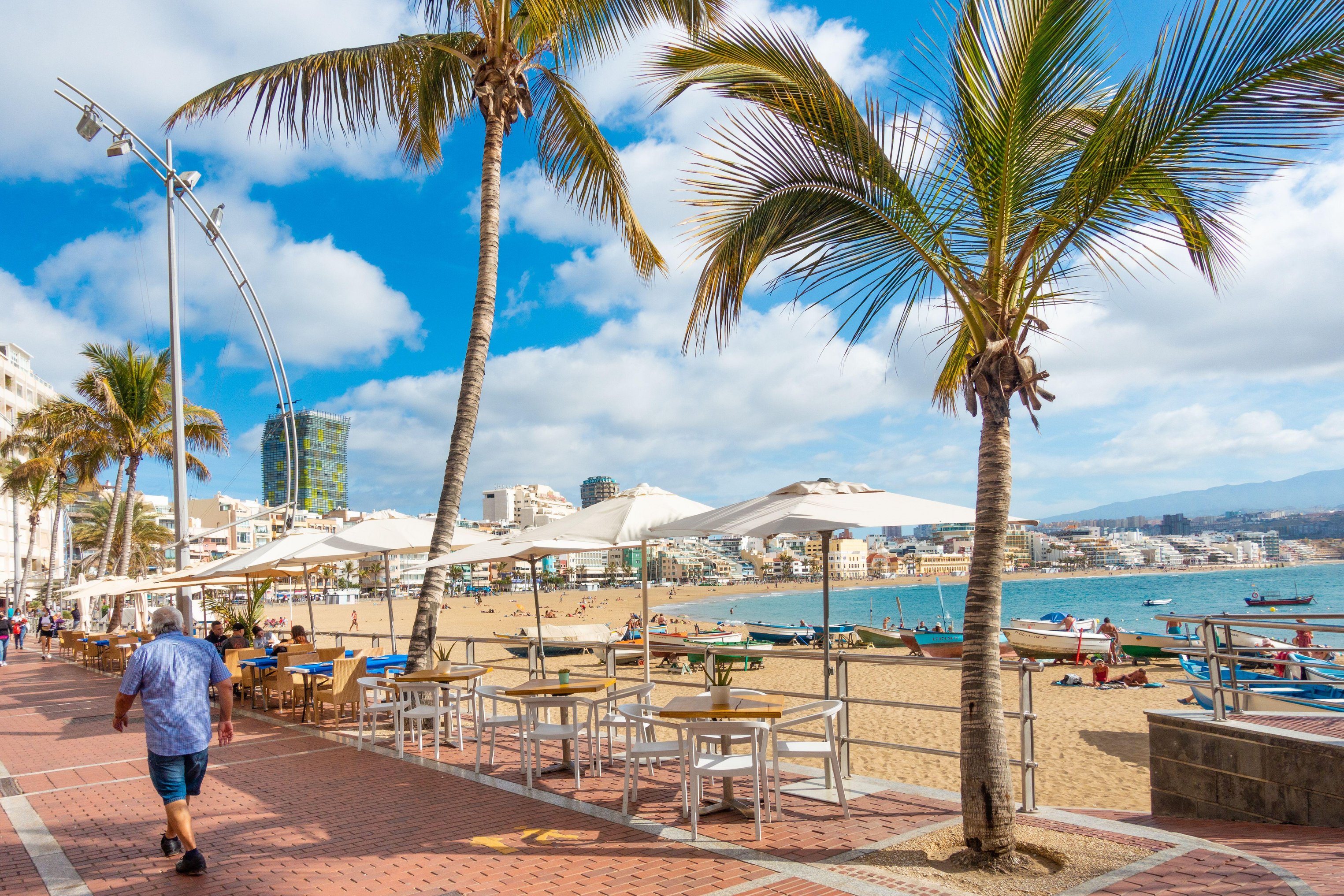 Brits can visit Malta from June 1 if fully vaccinated, with the country even paying tourists to visit this summer.

The island is also one of the new destinations which is likely to be on the UK's "green" list due to the low Covid cases and one of the best vaccine rollouts in Europe with 43.7 per cent given the first dose.

Cyprus will welcome fully vaccinated tourists from May 1, without quarantine restrictions.

However, Cyprus may not be on the "green" list and instead may be on the amber list, as Covid cases are currently high for the country and only 20 per cent have been given the first jab.

Italy has announced that they hope to welcome tourists with vaccine passports by May 15, according to the Tourism Minister.

However, the country is still seeing more than 10,000 new Covid cases a day, meaning it is likely to be on the "amber" list.

The vaccine rollout is also yet to pick up with just 22 per cent given the first dose.

Some of the islands could be Covid-free by the summer, meaning they could open before the mainland.

Turkey wants Brits back by May, and says they won't need a vaccination or negative Covid test.

However, Turkey is likely to be on the "amber" list when travel resumes next month due to rising Covid cases, with more than 40,000 yesterday and the country heading into lockdown tonight.

Tunisia is welcoming Brits back already, as long as you can prove you have a package holiday booked.

Tunisia is likely to be on the "amber" list due to daily cases rising but may be able avoid the "red" list.

The Maldives is currently open to Brits, with fully vaccinated tourists able to enter without needing a Covid test.

Non-vaccinated tourists will need a negative test taken up to 96 hours before travelling.

The country recently announced that they will be offering the vaccine to tourists on arrival this summer too.

Holidays are likely to go ahead – 55 per cent of the 530,000 population have been given the first dose, with less than 100 new Covid cases a day.