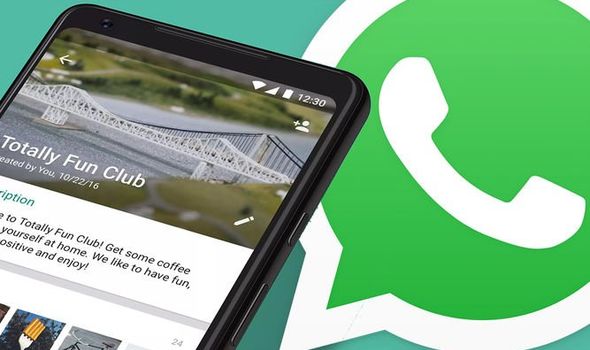 WhatsApp is officially the biggest chat app in the world and the Facebook-owned service has just set another new record. Last year the firm announced that 100 billion messages are now being sent via the platform each day and now it seems voice and video calls are on the up as well. WhatsApp has just confirmed that more than 1.4 billion voice and video calls were made on New Year’s Eve 2020, the most ever in a single day.

Of course, with millions of us staying apart due to the current health crisis this might not come as a huge surprise but it’s still a mammoth achievement for one app.

Explaining more the social media network said: “Before COVID-19, New Year’s Eve generated Facebook’s biggest spikes in messaging, photo uploads and social sharing at midnight across the world. However, in March 2020, the early days of the pandemic produced traffic spikes that would dwarf New Year’s Eve several times over — and it lasted for months. Behind the scenes, Facebook Engineering came together to drive unprecedented efficiency improvements and make our infrastructure more resilient.

“This work includes load testing, disaster recovery testing and shuffling capacity. This year, New Year’s Eve looked a lot different, and we had engineering teams across Facebook’s apps, ready to support any issue, so the world could ring in 2021.”

It wasn’t just a big night for WhatsApp with Facebook’s Messenger app also witnessing a huge spike in user numbers and there were also more than 55 million live broadcasts across Facebook and Instagram globally on December 31.

So that’s the big news about what has just taken place but what about the future?

We’re expecting plenty of new features to be announced from WhatsApp this year including the launch of an iPad app and the ability to use the service on multiple gadgets via a feature called “Linked Devices.”

Now a post from the ever-reliable team at WABetainfo has revealed a swathe of improvements could be coming to WhatsApp on iPhone in the coming weeks.

As spotted in a recently released beta version of the app, it appears iPhone users could be treated to updates including better voice and video calls along with improvements to creating and managing contacts.

And there’s more with it also thought that WhatsApp is improving the way users share URLs plus Stickers and Memojis look set to get better in the future.

There’s no word on a release for these changes but the fact that it’s now being tested shows an update could arrive soon.

Related posts:
Wisconsin pharmacist who health care center said 'intentionally' removed 57 coronavirus vaccine vials was a conspiracy theorist, according to new court documents
Conor McGregor vows 'I promise a masterpiece' ahead of return as UFC star steps up training for Dustin Poirier rematch
Popular News
Beverley Callard pays tribute to Corrie legend Anne Kirkbride six years on
19/01/2021
Man Utd wonderkid Ramon Calliste, called ‘the next Giggs’, now owns luxury watch business and makes £5m a year – The Sun
26/03/2020
Megan Thee Stallion Addresses Criticism Over Twerking: ‘I Love to Shake My A**’
26/03/2020
Police guard shops to stop coronavirus panic-buyers and enforce social distancing – The Sun
26/03/2020
Coronavirus: Good Morning Britain’s Dr Hilary reveals ‘game-changing’ self-testing kit
26/03/2020
Recent Posts
This website uses cookies to improve your user experience and to provide you with advertisements that are relevant to your interests. By continuing to browse the site you are agreeing to our use of cookies.Ok