Watch TV before bed? Research says this trick could calm your brain afterwards 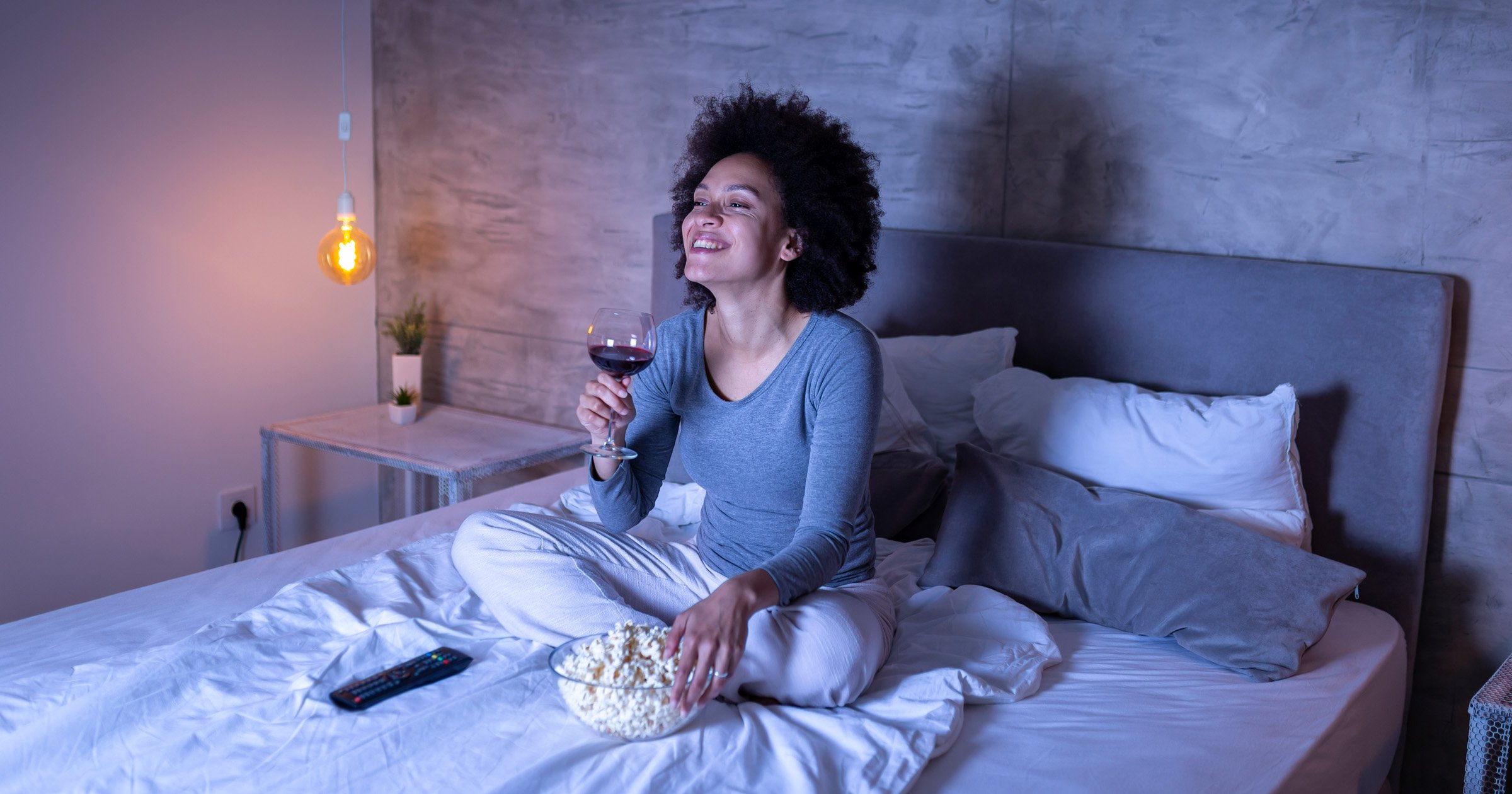 Most of us wind down for bed by watching our favourite TV shows.

However, we also know that screen time is not good for our sleeping routine. This is because TVs, phones and laptops stimulate our brains – making us more awake.

A 2019 study found that the glow from the TV can disrupt an internal clock and mess with melatonin levels, which play a key role in helping us sleep soundly. Likewise, an earlier 2014 study found that watching TV before bed leads to poorer sleep quality and feeling more fatigued the following day.

But new research recommends a simple trick that could help calm your brain following a TV stint – and help you drift off quicker.

A few years back, sleep researcher Michael Scullin suggested that writing down upcoming tasks can help you ‘offload’ before going to sleep.

Now new studies are supporting this method, too.

According to a write-up of a June 2021 study from Michael Scullin – published in Psychological Science – spending five to 10 minutes writing out a to-do list could help individuals fall asleep faster.

It’s worth pointing out that researchers suggest giving TV and screen time a miss completely and trying this instead.

But for those unlikely to stop their screen habits, a to-do list (or a similar writing task) could be attempted afterwards.

The recent Psychological Science study found that like late-night channel surfing and listening to music can negatively impact sleep.

It added that ‘earworms’ – AKA, when a song or TV theme tune replays over and over in your head – continue subconsciously while we sleep.

Michael Scullin said: ‘Our brains continue to process music even when none is playing, including apparently while we are asleep.

‘Everyone knows that music listening feels good. Adolescents and young adults routinely listen to music near bedtime. But sometimes you can have too much of a good thing.

‘The more you listen to music, the more likely you are to catch an earworm that won’t go away at bedtime. When that happens, chances are your sleep is going to suffer.’

However, Michael stresses that engaging in a cognitive activity – such as writing up notes – can help get rid of an earworm and make sleep easier.

The write-up states: ‘Fully focusing on a task, problem, or activity helps to distract your brain from earworms.’

Not only could it help you drift off, but it’s a great way to get more organised, too.