TERRIFIED social media users have marvelled at the sheer size of a crocodile that casually strolled across a golf course in Mexico.

Stacie Muller was on holiday at the Dreams Playa Mujeres resort near Cancun when she caught the 15-foot long creature on camera. 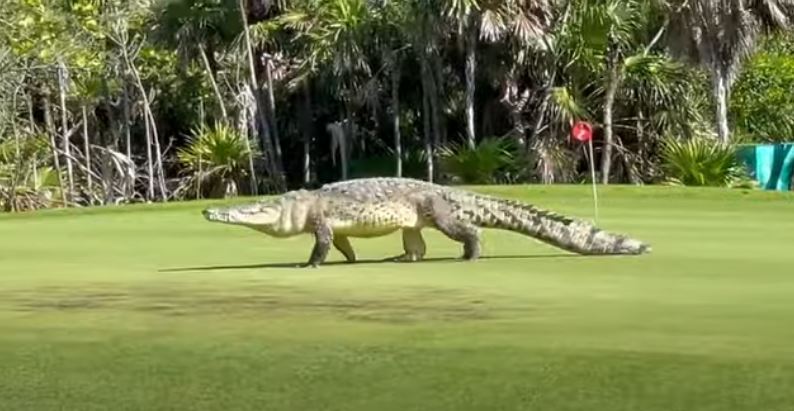 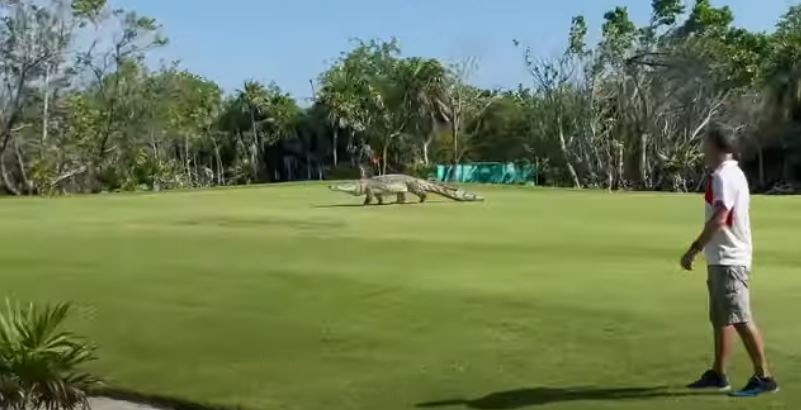 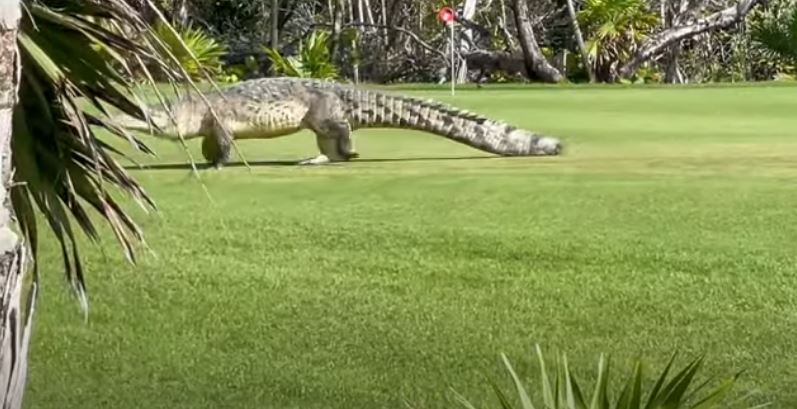 The Sun previously reported that a British holidaymaker came across another massive reptile at a similar golf course in Mexico in 2016.

And American Stacie filmed the crocodile walking across the green as she and her friends drove past the beast on their buggy.

A man's voice can be heard saying: "It's gonna walk right where we need to go! Shall we drive past it real quick?"

Another guy said: "We're gonna be stuck here – do you want to go in front of it or do you wanna wait?"

The video was uploaded to Facebook where social media users were left in awe, with some even making comparisons to Jurassic Park!

A third added: "Now I know why my cousin down in Florida does not golf. Yikes."

SunSport told you last year that an alligator was pictured out for a leisurely stroll at the Valencia Golf and Country Club in Florida.

That incident was reminiscent of another that happened last year in a different American state.

Golfers in Georgia saw play halted after a nine-foot 'gator decided it fancied a stroll across the 17th green.