FLOYD MAYWEATHER showed off his stunning mansion and silky dance moves with a tour of his house – on roller skates.

With classic retro tunes pumping in the background, the boxing legend was joined by pals as he darted around his home. 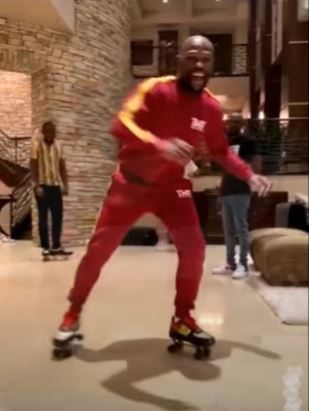 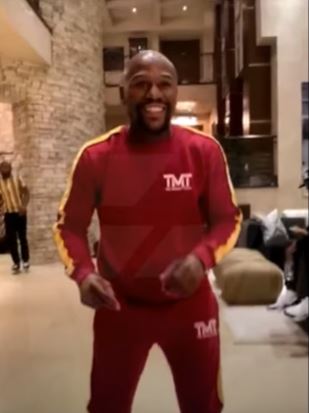 However, at the very start of the Instagram Live clip, 43-year-old Mayweather nearly stacked it as he turned on the marble floor.

Bedecked in a maroon tracksuit, the American laughed the slip off and skated around his front room to a remix of Mr.Cheeks' 2001 hit Lights, Camera, Action!.

He then headed through a long hallway into a dining area, squeezing past a piano to arrive back into the main area.

At one point, Mayweather leaves his mates to roll through a kitchen with a huge seating area attached.

Despite being the centre-of-attention showman in the ring, he happily handed the spotlight over to a couple of pals during this video, who showed off their impressive roller moves.

But a fresh fight could be on the cards for the ring veteran, who has been training at the dead of night to hone his skills.

After the shock deaths of his ex-partner and his uncle earlier in the year, Mayweather has been described as "more focused" on boxing.

A fight could also fund the extravagant spending of the man known as 'Money'.

Latest estimates have Mayweather down as being worth as much as £435million. 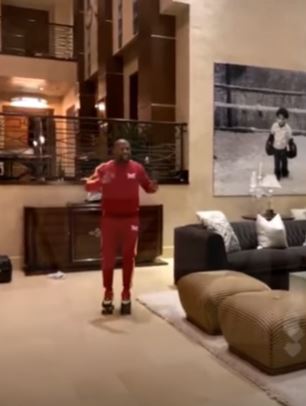 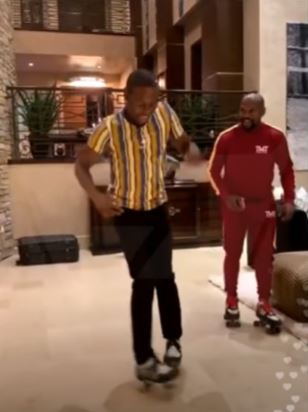 Related posts:
How is it that Princess Charlene’s baby bangs look even worse now?!
You Can Now Get a Mountain Dew Margarita at Red Lobster
Popular News
Rihanna called out an Instagram commenter’s ‘ignorance’ after they poked fun at a photo of her wearing sunscreen indoors
29/09/2020
Man Utd wonderkid Ramon Calliste, called ‘the next Giggs’, now owns luxury watch business and makes £5m a year – The Sun
26/03/2020
Megan Thee Stallion Addresses Criticism Over Twerking: ‘I Love to Shake My A**’
26/03/2020
Police guard shops to stop coronavirus panic-buyers and enforce social distancing – The Sun
26/03/2020
Coronavirus: Good Morning Britain’s Dr Hilary reveals ‘game-changing’ self-testing kit
26/03/2020
Recent Posts
This website uses cookies to improve your user experience and to provide you with advertisements that are relevant to your interests. By continuing to browse the site you are agreeing to our use of cookies.Ok