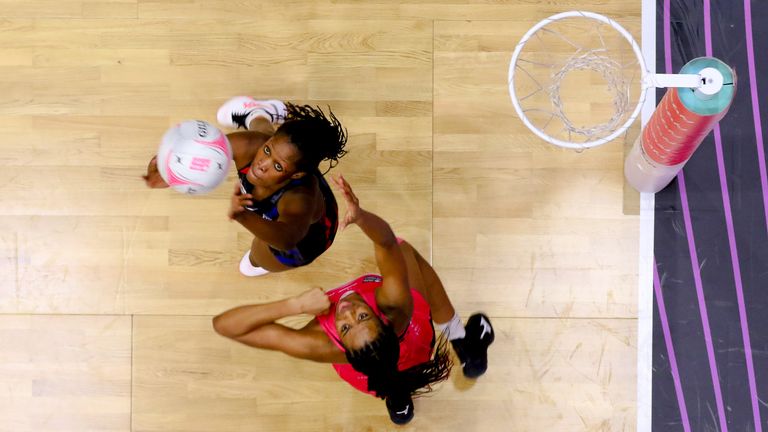 Take a look back at the fourth round of the Vitality Netball Superleague, and enjoy some of the key performances and major talking points.

From Manchester Thunder’s head-turning performance on Sunday lunchtime to Loughborough Lightning and Severn Stars finishing off proceedings on Monday night, it was another excellent round of Superleague netball.

If you did miss any of the action, then you can watch every match back in full on the Sky Sports YouTube channel. The competition is now pausing for a short time, before returning on March 12 with another bumper 10-match weekend.

For now, take a look at some of the things that jumped out at us over the course of the last six matches…

Player(s) of the round

This week, Beth Cobden is the one to pick up this award after her player of the match performance during Lightning’s 70-41 victory over Leeds Rhinos Netball. Anyone who picks up that accolade, without playing the full match must be doing something right!

The Commonwealth Games winner is getting better and better by the minute. It has taken a huge amount of strength, both physical and mental, for Cobden to return to court and you’d expect that Jess Thirlby has a few positive notes about WD in her notebook! 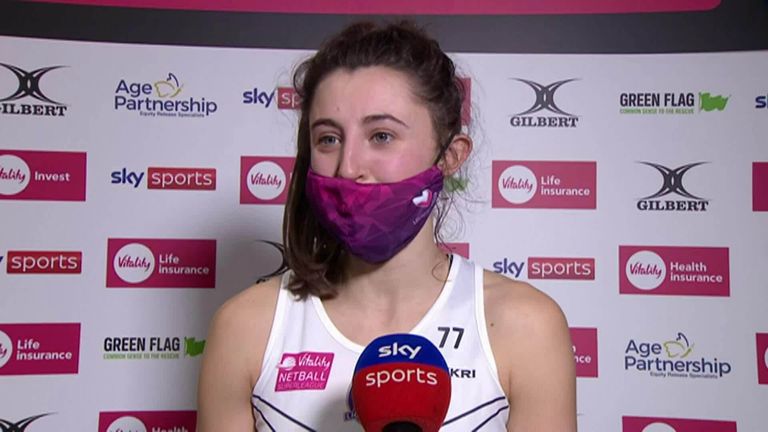 Also, a tip of the hat to two shooters who took to court on Monday night – Ine–Mari Venter and Laura Rudland.

Venter introduced herself to the competition superbly, while Rudland was composed and accurate in an ever-improving Dragons outfit.

Performance of the round

We’re heading to Scotland for the performance of the round, as Strathclyde Sirens‘ 35-30 victory over London Pulse secured their third victory in succession.

It’s the first time in the franchise’s history that they’ve notched up three wins on the bounce, and they did so with a composed and confident performance. In attack, Nicola McCleery and Gia Abernethy were exceptional, while Towera Vinkhumbo provided superb strength in their defensive end.

During Severn Stars’ contest against Loughborough Lightning on Monday night, Issy Eaton came onto the court during the second quarter and shone. The 16-year-old looked like she’d been part of the competition for a while, when in fact, she’d only made her Superleague debut last weekend.

Eaton’s ability to hold ample space behind her, meant that the likes of Nia Jones could take the direct route and look into her early. As the pressure increased, she kept her cool and should continue improving as the season goes on.

First stop, we’re handing the microphone to the inspirational Joyce Mvula and her thoughts, after her player of the match performance for Manchester Thunder against Severn Stars.

I remember being told Netball will not take me anywhere… this doesn't look like anywhere. 💪👐. I thank @thundernetball for great team work.🔥👏
My heart is full of gratitude 🙏

All i can say is Zikomo!!! pic.twitter.com/Mj1uc3z1wr

On Saturday, it was a big Guinness Six Nations day for English and Welsh rugby fans alike, and Nia Jones made sure that everyone knew her allegiance on Severn Stars’ team bus!

May have annoyed our @SevernStars GM today with a kit breach on the team bus but I’d say it was worth it 🏴󠁧󠁢󠁷󠁬󠁳󠁿🏉 pic.twitter.com/cyPl77EVmI

After a really positive performance and result on Sunday, Loughborough Lightning enjoyed a strong Monday morning too, as a sporting legend joined them for a team culture session.

💻This morning the squad’s team meeting was joined by none other than @6Lauz who shared her netball journey, career highlights before starting a discussion on team culture

A huge thank you to Laura for taking the time to join the call 💜 pic.twitter.com/p3dVyl9UWE

At half-time during Monday’s contest between Saracens Mavericks and Celtic Dragons, Dan Ryan shared his analysis of Venter, Saracens Mavericks’ new South African international. Needless to say, Ryan was impressed with what he saw.

“Ine-Mari’s got so much versatility in the way that she plays the game,” he said. “She’s a tall goal shooter, but she’s not just a stationary shooter. She gets out, works on extension and works the baseline.

“The variety and flexibility she has [is excellent] and there’s a great growth potential in terms of her combination with Kadeen Corbin.

“She’s been really easy to find, her accuracy is rock solid, and her shooting technique is near-perfect,” he concluded.

Sky Sports is your home of netball. The Vitality Netball Superleague continues on March 12 with Round Five and two matches back-to-back on Sky Sports Mix and streamed on the Sky Sports YouTube channel from 5pm.