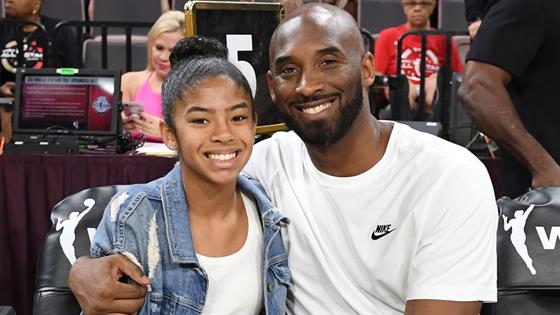 Saturday was a bittersweet day for Vanessa Bryant and her daughters: It was announced that her late husband Kobe Bryant will be posthumously inducted into the Naismith Memorial Basketball Hall of Fame.

Vanessa expressed her feelings about the honor via a video interview on ESPN that day, more than two months after the 41-year-old NBA legend and retired Los Angeles Lakers star was killed in a helicopter crash in Calabasas, California, along with the couple’s 13-year-old daughter Gianna Bryant and seven other people.

“It’s incredible accomplishment and honor and we’re extremely proud of him,” Kobe’s wife said, sitting beside the couple’s eldest daughter Natalia Bryant, 17. “Obviously, we wish that he was here with us to celebrate but it’s definitely the peak of his NBA career and every accomplishment that he had as an athlete was a stepping stone to be here, so we’re incredibly proud of him. There’s some solace in knowing that he was probably going to be a part of the 2020 hall of fame class.”

Kobe was an 18-time All-Star and five-time NBA champion during his 20-year career with the Lakers.

In Kobe’s honor, ESPN aired on Saturday a rerun of his final NBA game from 2016, in which his team faced off against the Utah Jazz.

Kobe and Gianna were honored at a massive public memorial and celebration of life at Los Angeles’ Staples Center, home of the Lakers, in late February. Vanessa, who also shares 9-month-old daughter Capri Bryant with the late athlete, gave an emotional speech.