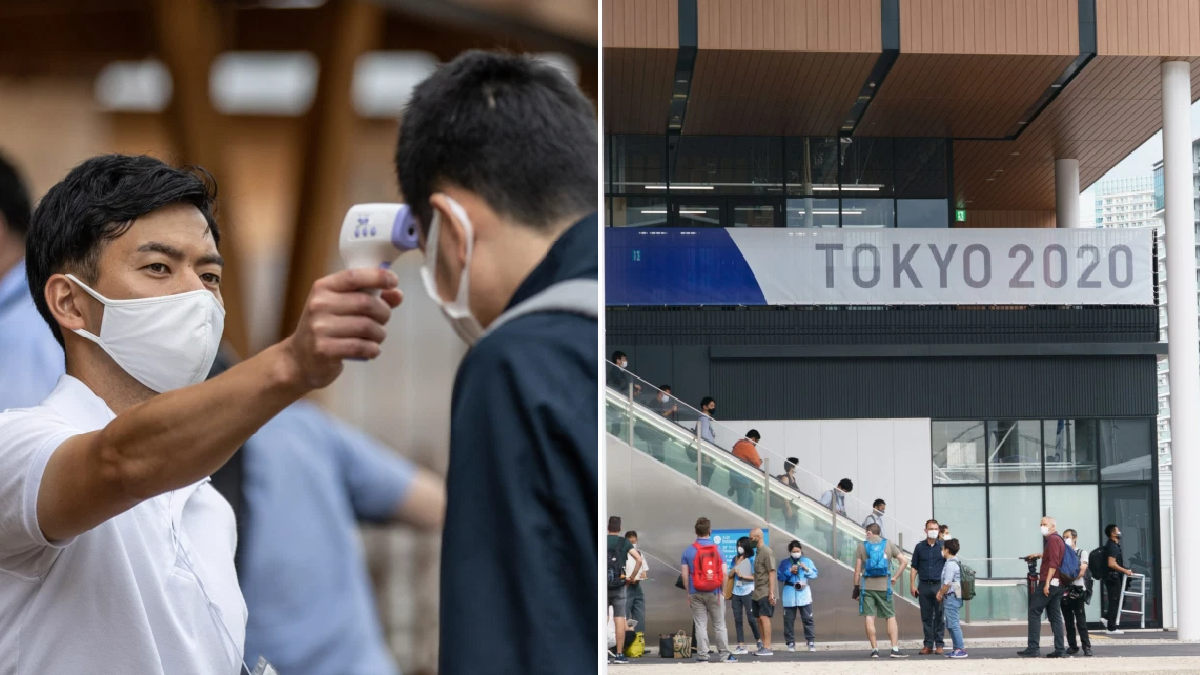 Up to 10,000 domestic fans will be permitted to attend venues at the Tokyo 2020 Olympics, though organisers say the Games could still move behind closed doors if infections surge.

Despite public opinion in Japan being against staging the Olympics due to the coronavirus pandemic – with a two-month state of emergency in the capital only lifted on Sunday – organisers are pushing ahead with the planning.

Prime Minster Yoshihide Suga has always favoured allowing fans and now approval has been given for Japanese-based spectators to attend events, though the ban on oversees fans remains in place.

A joint statement from Tokyo 2020’s organisers and the International Olympic Committee read: ‘In light of the government’s restrictions on public events, the spectator limit for the Olympic Games will be set at 50 percent of venue capacity, up to a maximum of 10,000 people in all venues.’

A decision on spectators at the Paralympics has been delayed for another month, while organisers say the verdict on fan attendance could be reversed if Japan’s Covid situation deteriorates between now and the start of the Games.

‘If there should be major dramatic change in the infection situation, we may need to revisit this matter amongst ourselves and we may need to consider the option of having no spectators in the venues,’ said Tokyo Governor Yuriko Koike.

Despite the release of a report last week by Japanese medical experts recommending the Games be held without spectators, described as the ‘least risky’ option, Olympic organisers feel the staging of other sporting tournaments has shown the Games can be delivered safely.

‘There are so many cases, domestically and internationally [of] sports events with spectators,’ said Tokyo 2020 organising committee president Seiko Hashimoto.

‘By exercising thorough measures and based on the government criteria, we believe we can hold the Games with spectators.

‘The entire world is facing the same issues and we have to work together to overcome them.’

The Olympics are scheduled to begin on July 23, though there are preliminary football matches starting two days before that, while the Paralympics is scheduled for a month later, on August 24.

For more stories like this, check our sport page