Both the “Nothing Compares 2 U” artist and the lead singer of iconic band U2 are known for speaking what’s on their minds, no matter the repercussions.

And so, it was revealing to hear Bono’s true, nothing-held-back feelings about his polarizing compatriot and fellow artist – while O’Connor once stated that for her, Bono is a great motivation to live life to the fullest. 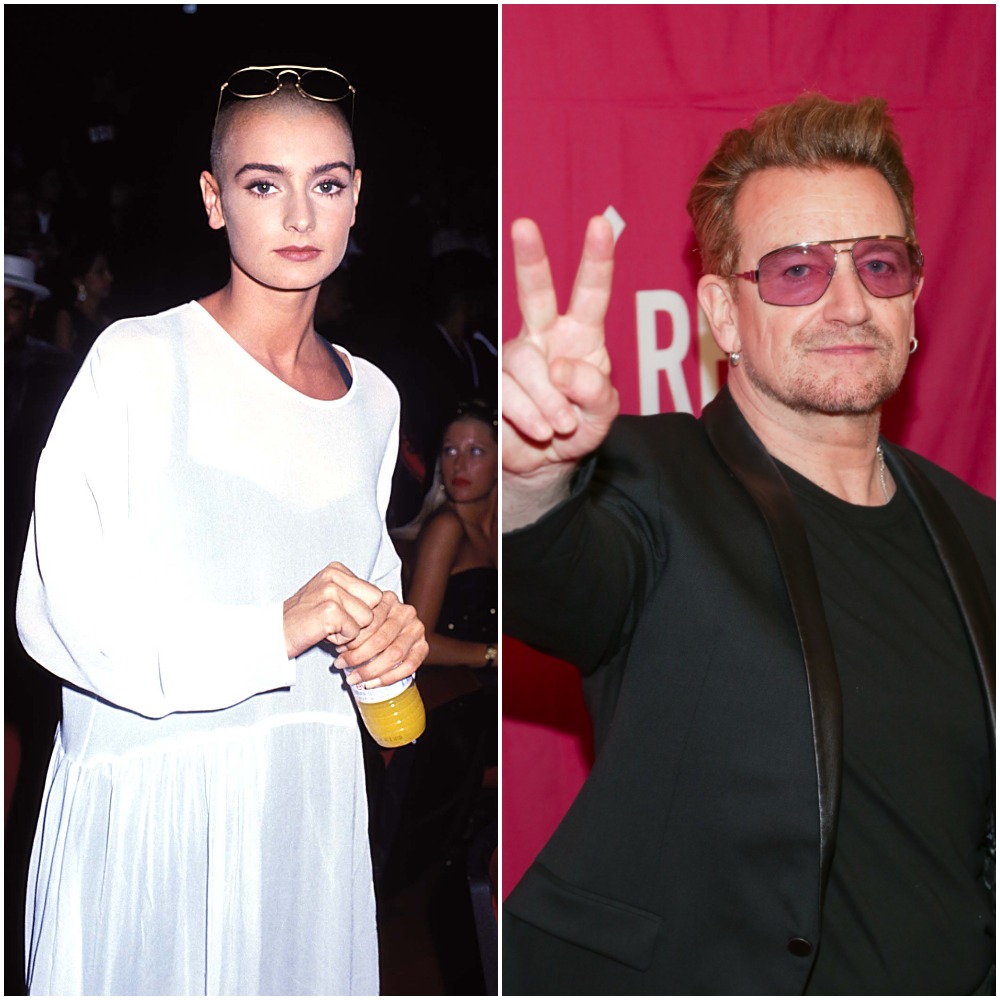 For his 60th birthday in 2020, the artist selected 60 songs that each represented a year of his life. From Billie Eilish to David Bowie to The Beatles, Bono poured his heart of gratitude out to each artist.

Some of his choices are pieces he performed in, while many are simply songs that he, “couldn’t have lived without…,” he wrote in an open letter on the official U2 website and on Instagram, “the ones that got me from there to here, zero to 60… through all the scrapes, all manner of nuisance, from the serious to the silly… and the joy, mostly joy.”

Since Bono is Bono, he posted on the website a public letter to each of the artists that have somehow touched his life.

“I wanted to thank the artists,” he said, “and everyone who helped make them. . . They were doing the same for me. I am writing a fan letter to accompany each song to try and explain my fascination.”

For the “Vertigo” artist, O’Connor is one of those artists that he says “stole” his heart.

“I heard your voice first as a teenager,” he wrote in his moving note to O’Connor. “Maybe you were 15 or 16. It was a demo of a song called [Take my Hand] from Steve Wickham’s newly formed band in Tua Nua and I felt I had stumbled upon a new land with its own unique voice.

“I was as impressed as everyone else with all the great singing and songs along the way,” he continued, “but the next time I was moved like this was at a solo show here in Dublin where you sang [“You Made Me the Thief of Your Heart“] and you stole my heart all over again.”

The Irish singer who prefers to be known as a protest artist, has never minced her words in regards to Bono.

In 2018, O’Connor who changed her name to Shuhada’ Davitt after adopting the Muslim faith, posted a video to Facebook, admitting that she had in the past felt she did not want to live anymore.

But a year later, she joked about the things that give her a reason to live. And Bono is chief among them, she tweeted.

“You wanna know what finally stops me whenever I feel suicidal (rarely) since 2016 (ain’t done anything silly since then) is the idea Bono might speak at my funeral ; ) #ReasonsToKeepLiving,” she began.

For the Irish chanteuse, just the thought of Bono speaking in flowery language at her funeral, she said, keeps her going strong.

“He’d sh**e on, is the thing. ‘But oh, didn’t we love her, national treasure’ – bleh. Reasons for living, definitely best reason for living. Must stay alive longer than Bono.”

Then, in a sorry/not sorry apology to the “With or Without You” singer, she said, “Sorry Bono, but I couldn’t f***ing resist.”