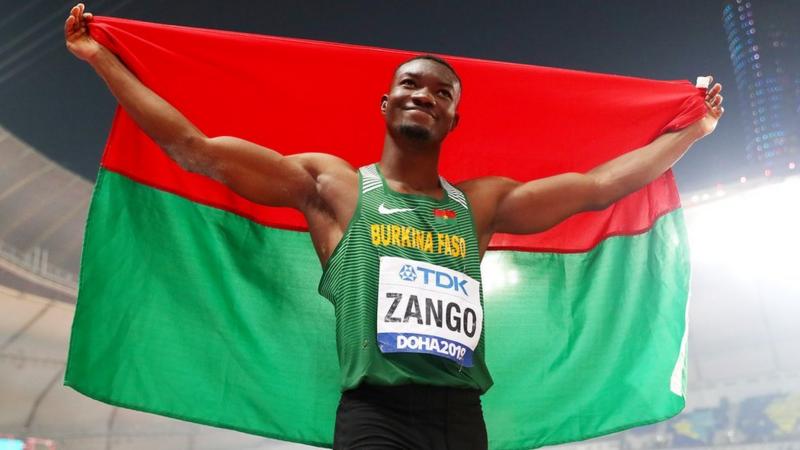 As a result of the coronavirus pandemic, planet sport is now turning much more slowly. Coping with life in lockdown presents even more of a challenge to elite athletes than to most of the population, as they have to find some way of keeping fit whilst for the most part being trapped indoors.

But Hugues Fabrice Zango, bronze medallist in triple-jump at the Doha 2019 World Championships, knows a lot about rising to challenges.

For him, coping with lockdown life means three things. 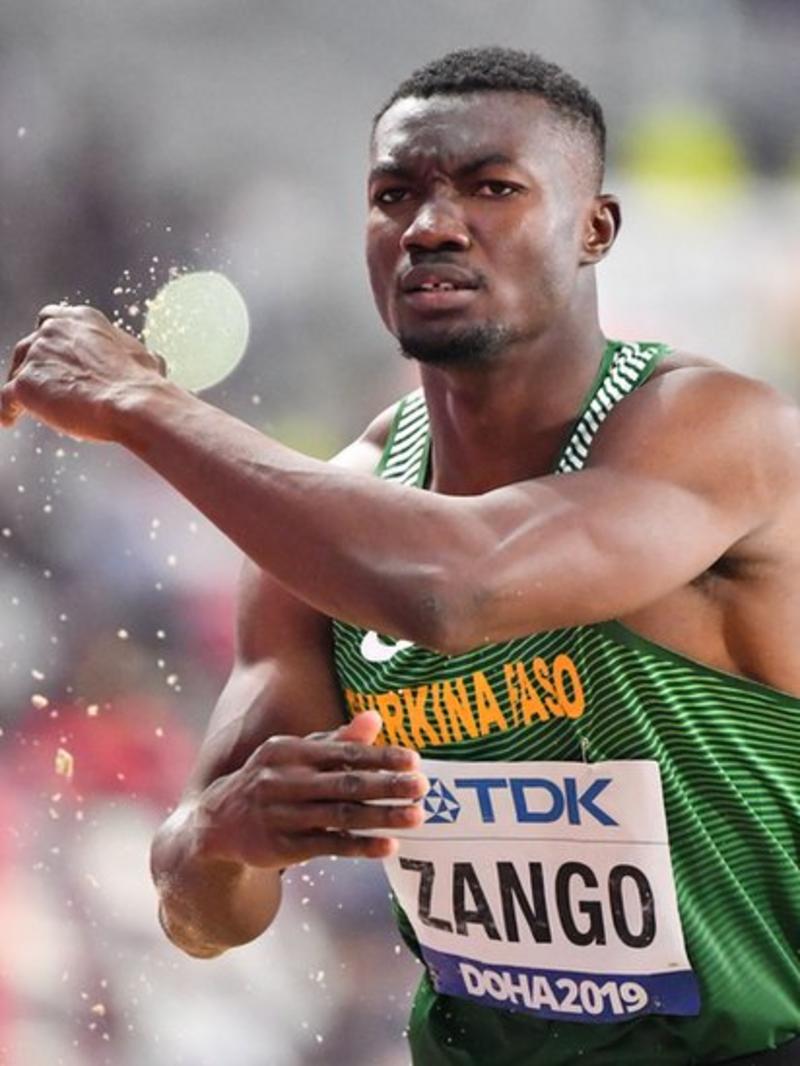 In the future, 2020 will probably be mainly remembered as the year of Covid-19 – a virus that came and forced billions of people around the world to stop everything.

This year was supposed to be an Olympic year – thousands of athletes around the globe training for the past four years and more. The Olympian motto is Citius, Altius, Fortius – Faster, Higher, Stronger. It does not usually come with a stop.

Like a majority of the people outside Asia, when the novel coronavirus first hit China back in December 2019, Zango did not imagine this could become the deadly pandemic we are now facing.

But then the Indoor World Championships, scheduled for March 2020 in Nanjing, China, were postponed – and he realised things were getting very real.

“At the beginning, I had a heartache – I was like, ‘no, they’ve postponed it… OK, I know there is a virus in China and everything, but…'” he recalls.

“At the beginning everybody neglected this virus, but now with the proportions this is taking, I think it was absolutely necessary to postpone the Olympic Games.

“Obviously, it is hard for us because we have been getting ourselves ready for this due date for a while now. This is something hard, but nothing should be considered above health. Health prevails over everything.”

Zango says he believes the outbreak has “caught the world by surprise” but been a wake-up call that has forced people to reassess their priorities, especially their health.

And he says that while it is difficult to see your Olympic dream put on hold, it is important to face reality.

2) Adapting to the circumstances 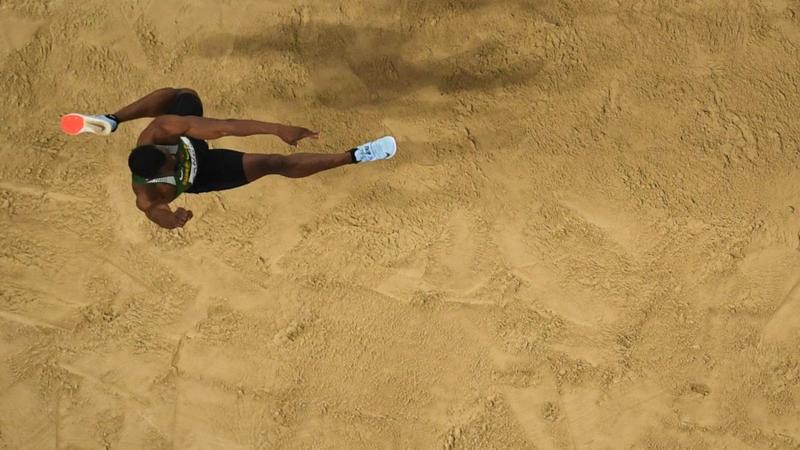 Many athletes will tell you that the road to success is full of hurdles, and rare are those who overcame challenges without constantly readapting themselves to their circumstances.

And that is how we can see many of them finding new ways of training, whether it is in their garden, the backyard of their houses or even inside their own four walls.

“Since the radical measures have been taken – especially the confinement – we are at home and we try to maintain ourselves the best we can with some equipment, because every sportsperson has some equipment at home,” Zango says.

“You have the rope, elastic, and I even have a small bodybuilding bar, so you still have quite some equipment to be able to do a personal workout at home.”

But there is only so much a personal workout can do. Zango concedes that an athlete cannot make progress in their body conditioning – only maintain their fitness.

“We can just workout to keep the rhythm and limit the damage,” he says.

Another area where the athletes will have to limit the damages is financially.

Athletes lives on competition income and sponsorship. Take away the competitions, and it does not leave much to live on.

“Depending on their level, competitions can represent 66% or even much more of an athlete’s income – because you also have the competitions engagement bonus and things like that,” Zango says.

“This is especially true in athletics. If you don’t compete, you get nothing – especially those who don’t have a sponsor.

“So, this is for sure going to have a financial impact.”

Zango adds that he is “lucky” and has a personal sponsorship deal with Nike, so his team will be reviewing with them if he is able to fulfil the conditions of his contract.

But he explains that he knows many others who have things a lot worse.

“I know of some African athletes who don’t necessarily have sponsors and who usually come to Europe to compete and get some money to prepare for the coming season – now with all of the competitions that have been cancelled, this is for sure going to harm them” he says.

“They won’t have this financial income that would help them to now prepare for next year.” 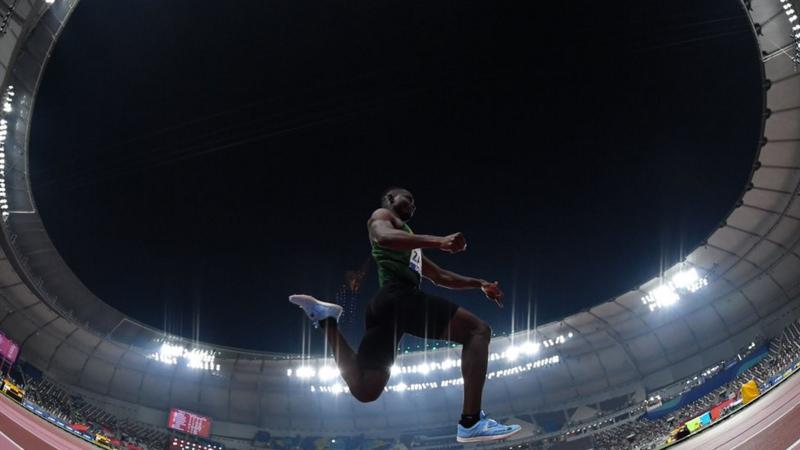 With the Games postponed to 2021, Zango is focusing on his dream of winning Burkina Faso’s first ever Olympic medal.

This means reorganising the year differently – and hoping Covid-19 will soon be much less of a problem.

“To be honest, the most important thing is for this crisis to end as soon as possible” he says.

“If this crisis ends in April, we will still have competitions in July and everybody will be able to limit the damage. This is also true on a financial level.

“But if the crisis continues, this is going to be complicated – and for everybody, not just the athletes.”

In the meantime, Zango is in his second year of a PhD in electrical engineering in the north of France.

He says confinement doesn’t necessarily mean having more time to kill – just organising things differently, in a way many of us have become familiar with in a rapid amount of time.

“At the moment I am working from my living room, so I still have some work meetings with my thesis directors and my supervisors,” he says.

“We have already fixed some meetings but haven’t started yet. We will use social media, Zoom, and everything we can to have some online meetings or videoconferences. To be honest, this is how I am going to move forward in my research studies.”

Zango has not lost his dream of an Olympic podium – just had it postponed.

Related posts:
Fans Think Hannah Is Sleeping in Tyler's Bed as He Dodges Romance Questions
Schitt's Creek Stars Eugene Levy and Catherine O'Hara Go Way Back
Popular News
21 Plus-Size Costumes You Can Easily DIY This Halloween
25/10/2020
Man Utd wonderkid Ramon Calliste, called ‘the next Giggs’, now owns luxury watch business and makes £5m a year – The Sun
26/03/2020
Megan Thee Stallion Addresses Criticism Over Twerking: ‘I Love to Shake My A**’
26/03/2020
Police guard shops to stop coronavirus panic-buyers and enforce social distancing – The Sun
26/03/2020
Coronavirus: Good Morning Britain’s Dr Hilary reveals ‘game-changing’ self-testing kit
26/03/2020
Recent Posts
This website uses cookies to improve your user experience and to provide you with advertisements that are relevant to your interests. By continuing to browse the site you are agreeing to our use of cookies.Ok