Australians have given Treasurer Josh Frydenberg the green light to borrow big in next month's federal budget to pull the country out of recession and help the nation's unemployed while businesses want a higher GST to pay down government debt.

With Mr Frydenberg expected to reveal a record budget deficit of more than $200 billion in the October 6 budget, the long-running tax survey by progressive think tank Per Capita shows almost half of all respondents back the use of government debt to rebuild the economy. 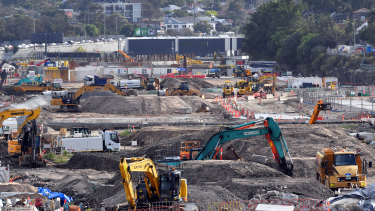 Major infrastructure projects, such as Sydney’s Westconnex project, will feature in the federal government’s plan to recover from the recession. Taxpayers back more borrowing to fund such projects.Credit:Sam Mooy

The government will outline a major infrastructure program in the budget as well as other measures to lift productivity. With the budget expected to be in deficit for several years, any extra spending will have to be financed by borrowing.

The Reserve Bank, in the minutes of its September meeting released on Tuesday, argued all levels of government could increase their borrowing levels to boost the economy.

"In an environment of record low borrowing rates and significant spare capacity in the economy, this meant fiscal policy was well placed to continue to support the recovery," the minutes said.

The Per Capita survey, which has been running for the past decade, found a spike since the start of the pandemic in the proportion of people supportive of governments borrowing money for long-term investments.

In February, a third of the 1550 people quizzed supported such borrowing, a similar number were opposed while the remaining were unsure.

By August, the number supporting long term borrowing had climbed to 48.3 per cent while those opposed had dropped to a survey-low of 23 per cent. About 29 per cent were still unsure. 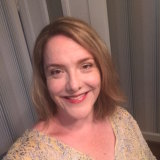 Emma Dawson, chief executive of Per Capita, says there has been a surge in support among taxpayers for the government to use debt.

"In the wake of COVID-19 we have seen a huge shift in attitude to public debt," report author Emma Dawson said.

Almost two-thirds of the survey, including a majority of Coalition voters, supported an increase in the JobSeeker payment of at least $75 a week. The coronavirus supplement to those on welfare such as JobSeeker is due to start being reduced later this month.

While reducing corporate tax avoidance remains the most popular measure, there has been a lift in the proportion who support an increase in the rate of the GST or broadening the tax.

A report last month by the independent Parliamentary Budget Office found the GST, described as a "growth" tax when it was introduced in 2000, has failed to grow with the economy in part to changing consumption patterns.

Support for targeting corporate tax avoidance or the nation's highest paid individuals dropped by 10 percentage points between February and August. But support for GST changes grew about a third to almost 20 per cent.

A separate survey by KPMG of mid-sized businesses, to be released on Wednesday, shows strong support for using a higher GST – all of which goes to the states and territories – to help pay down the debt incurred dealing with the coronavirus recession.

KPMG found 41 per cent of firms surveyed believe an increase in the GST would be the most effective way to reduce debt. Another 40 per cent said increased productivity would cut debt levels.

Just 1 per cent said personal taxes should be increased while none supported a lift in the corporate tax rate.

KPMG's tax leader Clive Bird said there were substantial issues raised by increasing the GST, such as the amount of compensation needed for households to ensure they were not left worse off by the move.

"But given the financial pressures we are facing as a result of COVID-19, difficult decisions like this may have to be reconsidered," he said.

Related posts:
Savannah Chrisley & Fiancé Nic Kerdiles Split After 3 Years: TV Star Tells Fans ‘There’s No Hatred’
Cardi B: How much is the famous rapper worth?
Popular News
For Your Reconsideration: ‘Ted Lasso’ (Column)
19/09/2020
Man Utd wonderkid Ramon Calliste, called ‘the next Giggs’, now owns luxury watch business and makes £5m a year – The Sun
26/03/2020
Megan Thee Stallion Addresses Criticism Over Twerking: ‘I Love to Shake My A**’
26/03/2020
Police guard shops to stop coronavirus panic-buyers and enforce social distancing – The Sun
26/03/2020
Coronavirus: Good Morning Britain’s Dr Hilary reveals ‘game-changing’ self-testing kit
26/03/2020
Recent Posts
This website uses cookies to improve your user experience and to provide you with advertisements that are relevant to your interests. By continuing to browse the site you are agreeing to our use of cookies.Ok