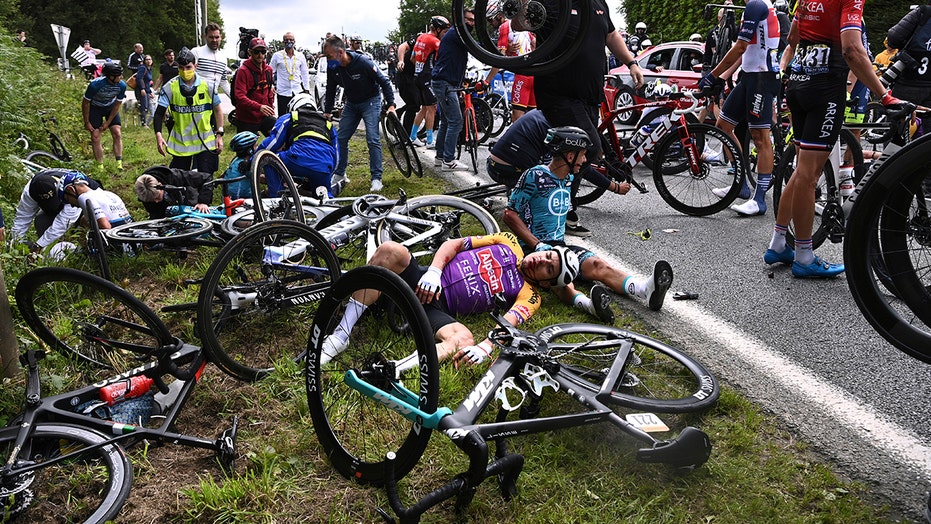 The Tour de France dropped a lawsuit against a spectator who caused a massive pileup during a race last weekend and left several riders with injuries.

Tour director Christian Prudhomme said the decision to drop the lawsuit was in hopes of cooling down some of the tensions that have been raised over the last few days.

“We are withdrawing our complaint,” Prudhomme said Thursday, via Reuters. “This story has been blown out of proportion, but we wish to remind everyone of the safety rules on the race.

“If you come to the Tour, you hold your kid, you hold your pet and don’t cross the road carelessly. And above all, you respect the riders – they’re the ones worthy of live TV.”

The fan in question was arrested in the Brittany region of northwest France. She was only identified as a 30-year-old French woman. The woman has been accused of involuntarily causing injury and faces a more than $1,700 fine, according to Cycling News.

French authorities said the suspect, dressed in blue jeans, a red and white striped shirt and a yellow raincoat, fled the scene before anyone could reach her. She was holding a sign that read “ALLEZ OPI-OMI!” as cyclist Tony Martin and his teammates crashed into her. She didn’t appear to be looking at the riders but into the camera that was nearby.

Several videos posted on social media showed a spectator holding out a cardboard sign on the side of the road when a rider in the peloton crashed into the sign, causing a massive pileup.

Crashes on the Tour forced riders to urge organizers to implement more safety measures. Riders staged a brief protest during the fourth stage on Tuesday.