Tokyo Olympics: Liam Heath unsure whether to push for Paris 2024 after winning bronze

Liam Heath says it is a case of “wait and see” whether he will continue his Olympic journey to Paris and a fourth Games.

The 36-year-old won bronze in the K1 200m at Sea Forest Waterway, his fourth Olympic medal after successes at London 2012 and Rio five years ago.

Heath, who set an Olympic-best time of 33.985 seconds during Wednesday’s qualifying, took second in the opening semi-final to set up his medal assault.

And while he could not make it successive golds, it was another medal in the collection for Guildford-based Heath.

Asked if Tokyo might be the final chapter, he said: “That’s a question still to be answered and thought about very deeply.

“It’s a decision that has got to be made between me, my family, and everyone at home in terms of the commitment that they put in and the support behind you.

“It is a unique position to be in because it’s just another three years (to Paris). It seems to be just around the corner. “The 200m is unfortunately stepping back as an Olympic event, but there are new opportunities both in the slalom and the sprint, with the K2 500m being reintroduced, which has a legacy in this sport already. That’s something that I might turn towards.

“Those decisions still have to be made. You are on cloud nine at the minute, but you kind of forget all the hardship and sacrifices that people make and you make to get to where you are.

“It will take me a couple of weeks to look back, evaluate and see how happy I am to continue towards a fourth Games. We will have to wait and see.”

Heath admitted that arriving at an Olympics as a defending champion had been an interesting experience.

In your mind, you try and keep focus with what you want to achieve

“It is completely different,” he added. “As much as you try to push it to the back of your mind, coming into an event as a defending champion with everyone looking at you is very much there.

“In your mind, you try and keep focus on what you want to achieve. I’ve had challenges with doing that, but at the end of the day I managed to sort my head.

“It is a bit of a mental game. You can prepare your body as much as you can, but the brain is generally the engine.

“I suppose it has weighed on me a little bit, but not an incredible amount.

“It is very flattering to have everyone look to you as a beacon of performance and try to emulate and beat you. That is a very privileged position to be in.” 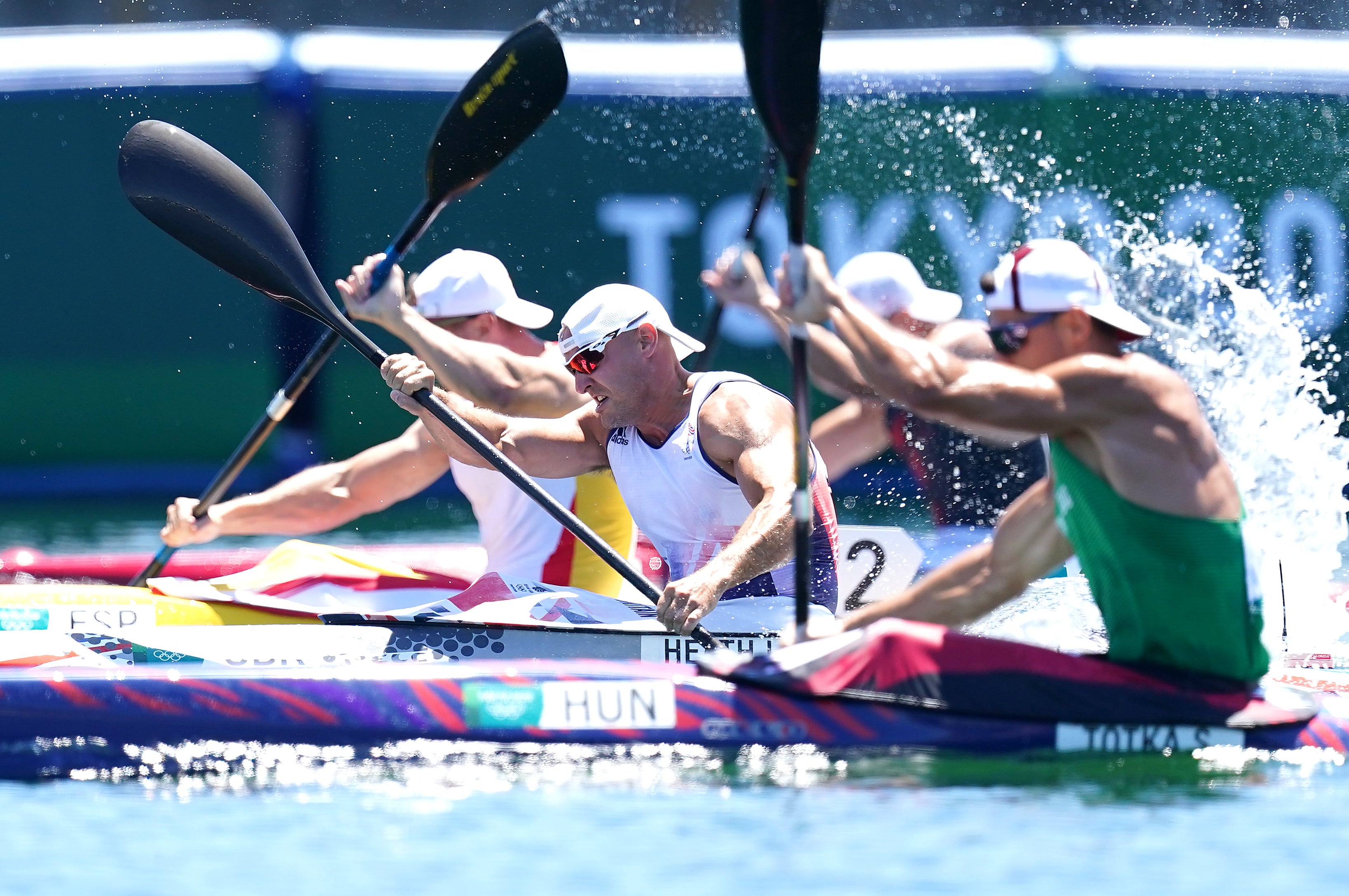 Drawn in lane three, he delivered a consistent performance after an uncertain start, but could not quite threaten the top two.

Totka and Rizza were separated by just 45-hundredths of a second, with Heath leading the charge behind them.

“The race could have gone a little bit better for me, but at the end of the day it is what it is and I am happy with the medal around my neck.”