Toddler steals her mother's lipstick and paints their house in video

Caught red-handed! Hilarious moment toddler is found covered in her mother’s lipstick after using it to ‘paint’ the house and her entire face

A mother was horrified to discover her troublesome toddler had covered her carpet, furniture and walls in her expensive MAC lipstick – before catching her on camera literally ‘red-faced’.

Cheeky Harper-Jean Cook, two, had sneaked into her mother Kiara Chandler’s bedroom as she slept at home in Leeds, swiped her MAC So Chaud lipstick and decided to have some beauty therapy.

Unfortunately for her 22-year-old mother, the tot had not only covered her cheeks, forehead, nose and arms in the red cosmetics, but had also managed to smear it across half of the house too.

It wasn’t until medical student Kiara woke up to use the toilet that she spotted the £17 lipstick smudged on her bedroom light switch investigated.

Hilarious footage shows Kiara follow the trail of destruction of bright red stains on her banister, carpet and walls – before discovering little Harper-Jean covered in the lipstick while trying to look innocent. 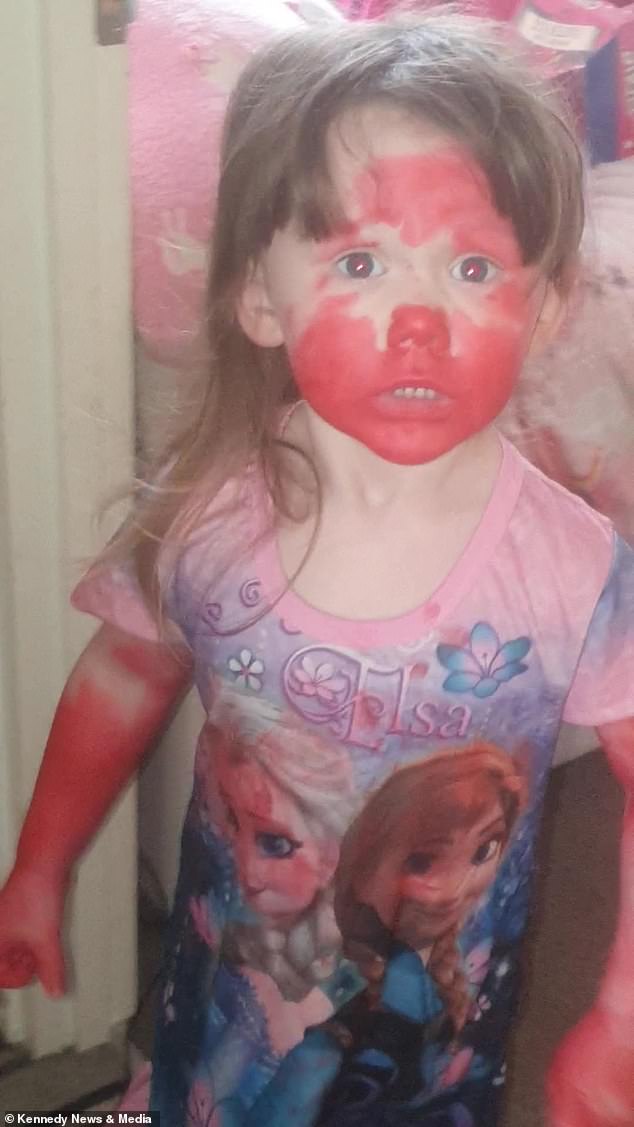 Cheeky Harper-Jean Cook, two (pictured) sneaked into her mother Kiara Chandler’s bedroom as she slept at home in Leeds on April 2, swiped her MAC So Chad lipstick and decided to have some beauty therapy 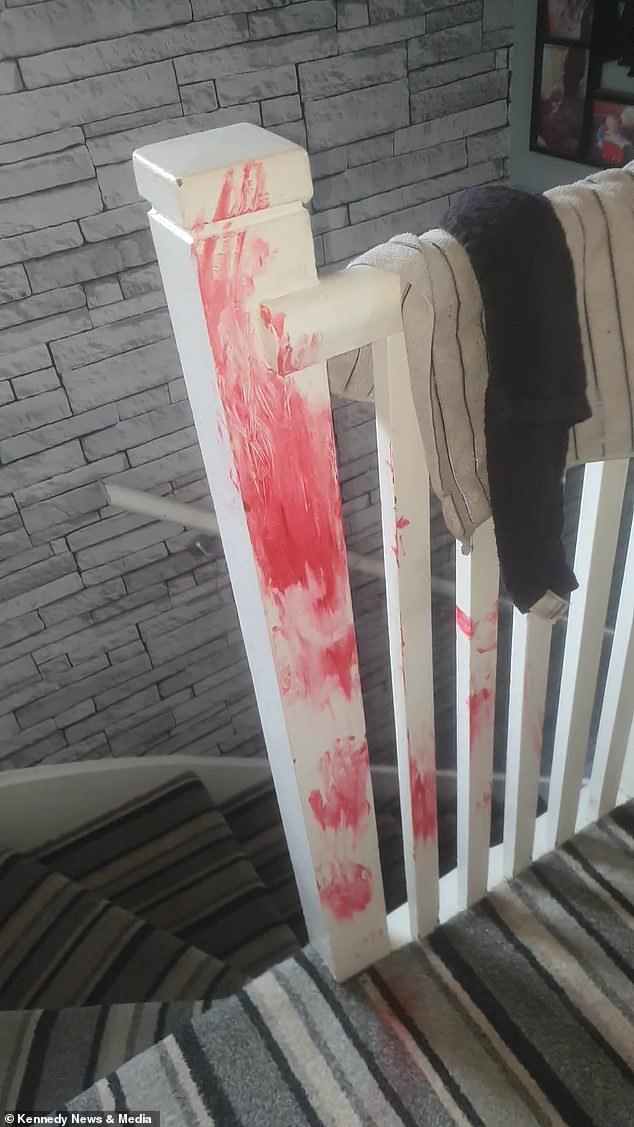 Kiara woke up from her sleep to find that Harper-Jean had smeared the crimson lipstick all over the house, even the white banister (pictured) 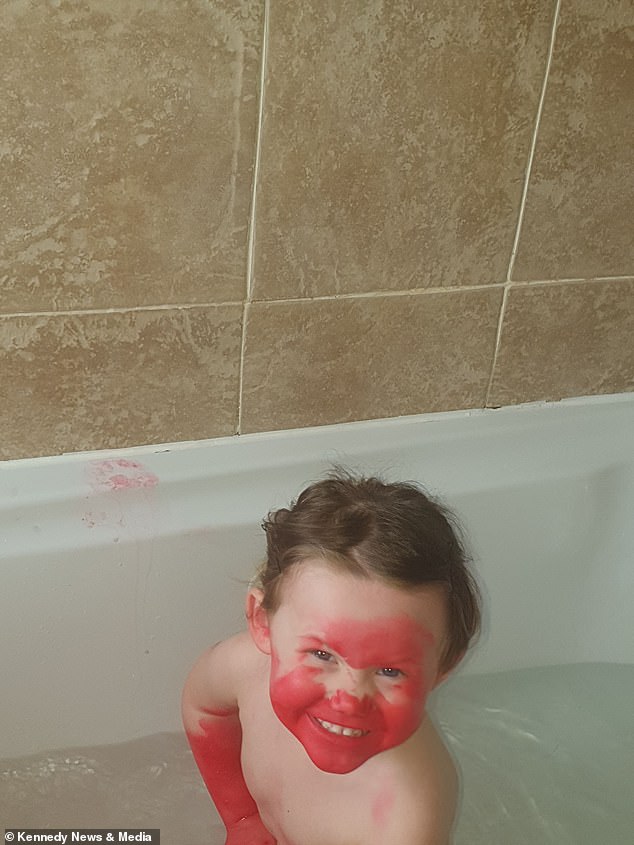 Little Harper-Jean said she ‘looked beautiful, like a clown’ when she caught a glimpse of her red face (pictured)

Upon sharing the footage of the carnage on Facebook, one of her friend’s remarked that Harper-Jean had left herself looking like Poppy from the film Trolls, played by Anna Kendrick.

Kiara said: ‘She just turned to me and told me that she looked ‘beautiful, like a clown’.

‘When I first saw the chaos I was a little cross, but it was hard to be mad at her because the situation is so funny. Her entire face is stained completely red.

‘Harper’s reaction was “You don’t have to shout at me just talk normally, I am only stood here.’ 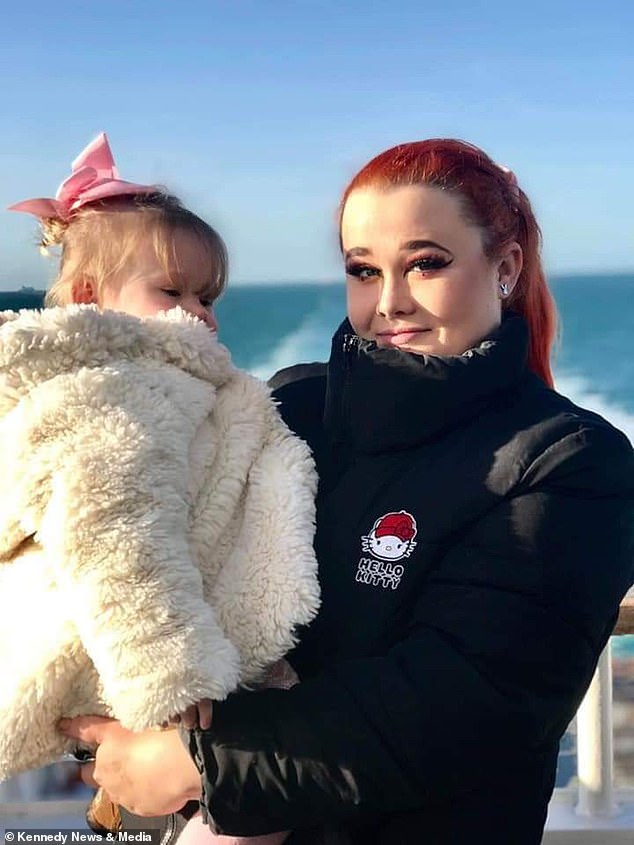 Kiara admitted she was a bit crossed with her daughter at first, but said she did not stay mad long (pictured with Harper-Jean) 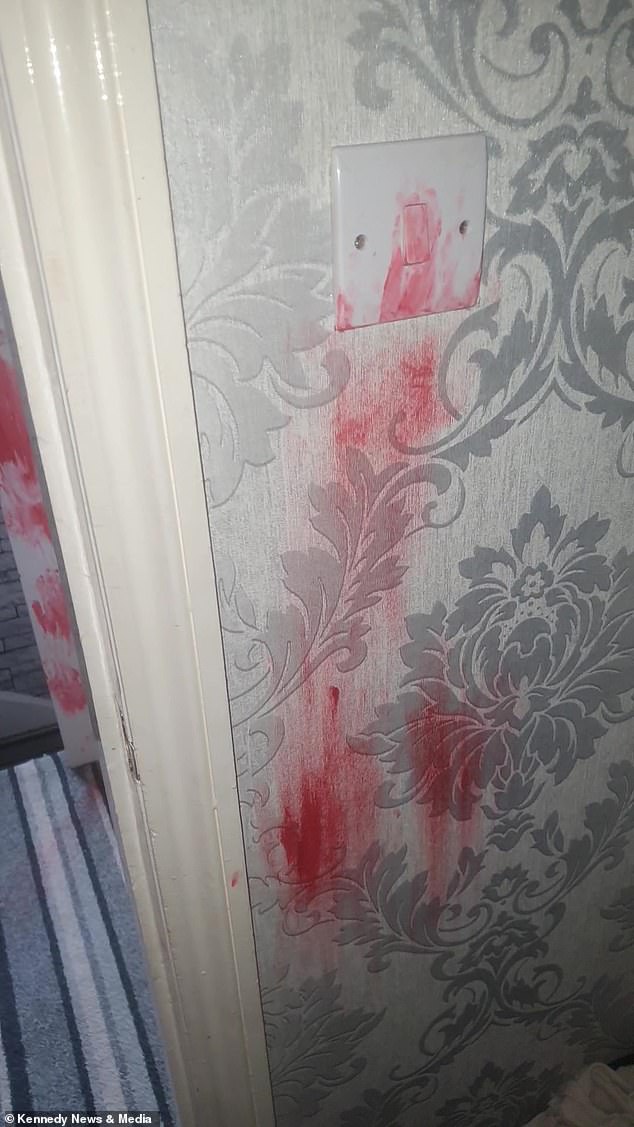 Waking up, Kiara felt the urge the investigate these red marks (pictured) on her room’s light switch 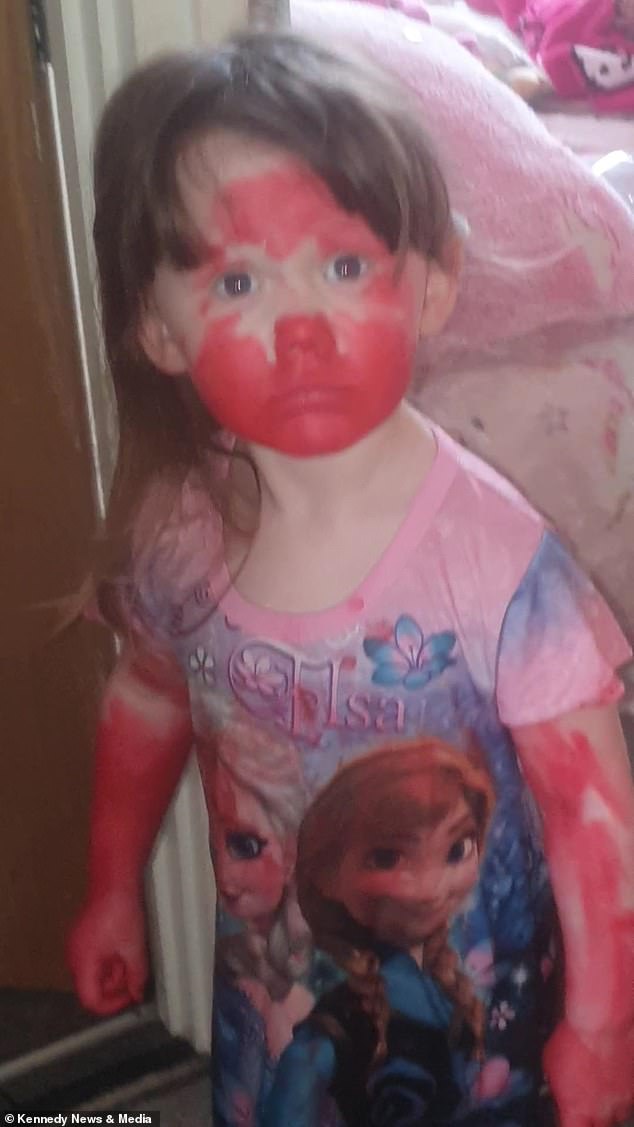 ‘I reckon she managed to cause all the mess in less than 20 minutes. She had sneaked into my bedroom while I was still sleeping and nicked the lipstick from my dressing table.

‘She had taken it back it into her room and began rubbing it all over the walls and banister.

‘I wear that lipstick everyday and each one costs £17. Fortunately, she only used one.

‘Her favourite Frozen dress is really stained and I might have to throw it out. The lipstick is totally destroyed and the remains are still missing somewhere.

‘I think it has put a few of my friends off from having children.’ 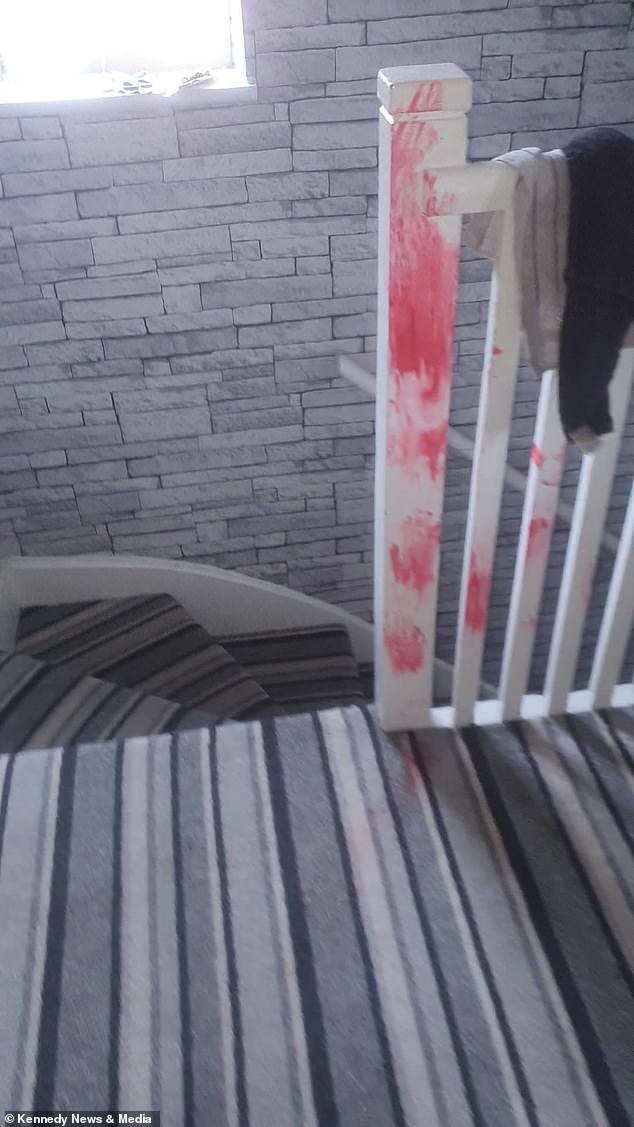 Kiara said she thought the incident put off a few of her friends from having children of their own (pictured: the stained banister and carpeted floor) 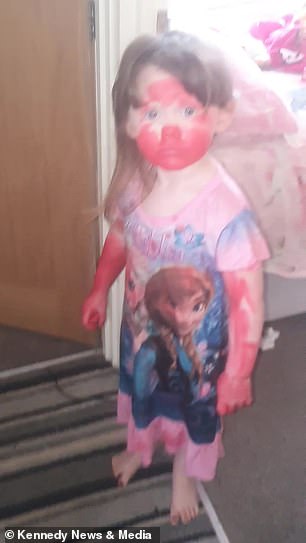 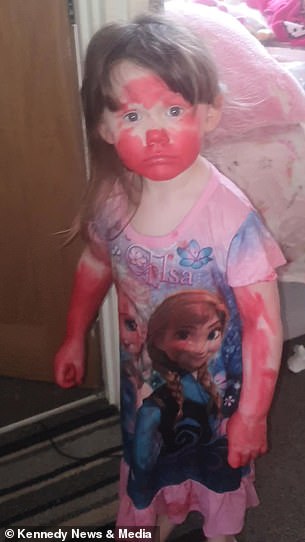 Harper nicked Kiara’s £17 lipstick for some playtime, but ruined her favourite Froozen dress in the meantime (pictured)

Kiara struggled not to laugh when she caught Harper=Jean read handed, but put her in bath in order to get rid of the lipstick on her face and arms (pictured)