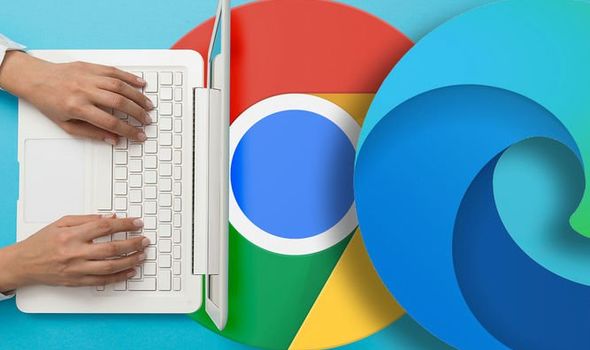 When it comes to web browsers, Chrome remains the undisputed champion. This hugely popular Google software has long reigned supreme and accounts for more than half of all traffic from PCs worldwide thanks to its vast user numbers. However, while it leads the pack by a sizeable margin it has lost some ground in recent months whilst one of its competitors is quickly gaining traction. Microsoft’s all-new Edge browser has been making progress since its reboot in January 2020 and is now the second most popular browser on the planet.

The latest set of figures from Statcounter have also revealed how many people have flocked to Microsoft Edge in recent months. The latest figures show that Edge now beats Mozilla’s Firefox in the global rankings for desktop browsing with an 8.03 percent share. That’s impressive growth considering Statcounter records Edge with a measly one percent share around one year ago.

Statcounter has also confirmed that Apple’s Safari software, which is preinstalled on all iPads, iPhones and Macs, is currently second with a 10 percent share. Google is, of course, way out in front with a whopping 67 percent share of all desktop browsing.

Although that may sound impressive, the number of people using Google Chrome to binge Netflix, shop online, browse social media and work has actually declined in the past four months. According to Statcounter, Chrome has lost around three percent of its users, which could be a sign that some users are switching to Edge.

If you weren’t already aware, following its reboot early last year, Microsoft Edge is now based on the same Chromium platform as Google Chrome, which means it gets many of the features, updates and useful extensions found within Google’s own browser. However, despite sharing code – Edge isn’t simply a carbon copy of Chrome. There are a number of gains when using Edge over Chrome, with tests showing it’s faster and much better for battery life when browsing on Windows and Apple laptops.

Microsoft will now be looking to continue the charge with Edge coming pre-installed on all new Windows 10-powered PCs.

Microsoft is also moving to purge the previous version of Edge, which was built on the company’s own technology and was notoriously slow compared with the likes of Chrome and Safari, from PCs across the globe.

From April 13, Microsoft will release a monthly security patch for Windows 10 that will uninstall the previous unpopular Microsoft Edge from any PCs that still have a copy lying around on their hard drive. That could only go to boost the user numbers further and could give Google even more cause for concern.